A brief aside about Christina Green and the Tuscon shootings 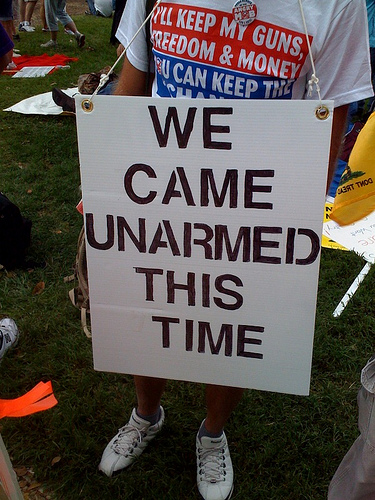 For Mark Meckler, Sal Russo, and all the other people who claim that the
shooting death of nine-year-old Christina Green and others in Tuscon, Arizona on
January 7, 2011 is being exploited for political advantage, we present
this clip from The West Wing episode, “War Crimes” which aired November 7, 2001.

HOYNES
Mr. President, we’re not gonna get anywhere by treating gun owners like psychopaths, and particularly in the South, where guns are a tradition and a heritage that’s passed on from father to son. You can’t…

BARTLET
A tradition that’s passed on from father to son? We tamed the frontier, John. We did that already.

HOYNES
The NRA is gonna say you’re taking advantage of the shooting in Abilene. That you like it when these things happen, ’cause it gives you a chance…