ComicMix Six: Things That Must Happen Before I See ‘Spider-Man: Turn Off The Dark’ 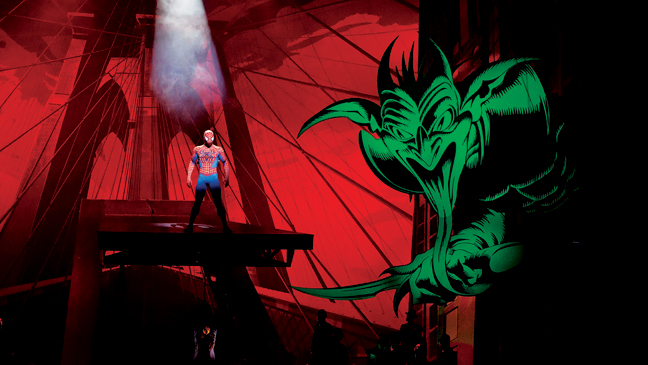 This article may be apocryphal considering that the most expensive Broadway production is still in previews, and its start date has been held up by a litany of horrendous accidents, injuries, and plot elements that would make Scooby-Doo go “Aroo?”

As a die-hard comic book geek and as someone who loves a Costco-sized serving of schadenfreude, I have been following news about Julie Taymor’s musical fiasco, Spider-Man: Turn Off The Dark. I’m sure I’m not the only one who upon reading report after report of injury or “WTF” reviews would come to the conclusion “How the HELL can this continue?

In the event that it does continue, here’s a list of things that must happen altogether for me to see Spider-Man: Turn Off The Dark: