Review: ‘Pretty Maids all in a Row’ 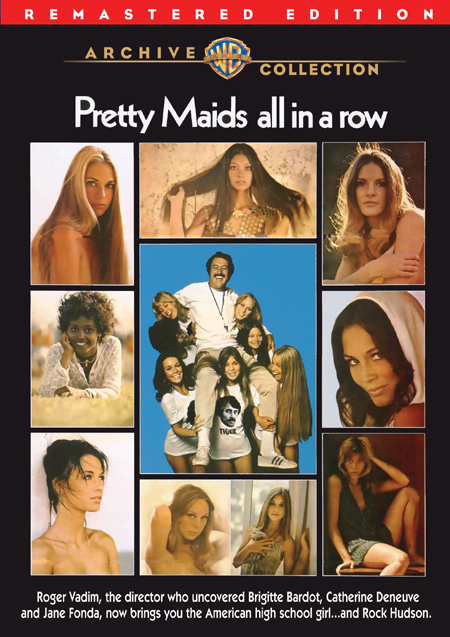 Before he was canonized as a futurist, Gene Roddenberry was a failed Hollywood producer, having watched two series crash and burn after short-runs on prime time television. He began shifting his focus from[[[Star Trek]]] during the series’ third season, working for his buddy Herb Solow at MGM. In 1970, Solow asked Roddenberry to take on a problematic script, an adaptation of a novel by Francis Pollini called[[[ Pretty Maids all in a Row]]]. It was to be the American film debut of director Roger Vadim, fresh off his pop culture hit [[[Barbarella]]].

The story of a series of murders at a California high school was blended with sexual hijinks as one story featured a guidance counselor who was bedding as many comely teenagers as possible and a sexually frustrated student who couldn’t stop getting excited at all the braless wonders in their teasingly short skirts. For a major studio production, it was one of the first to freely feature copious amounts of onscreen nudity and can be seen as a precursor to the sexual romps seen in the smarter [[[Animal House]]] and raunchier [[[Porky’s]]].

Roddenberry wrote and produced the adaptation, which was a good fit for the randy man who also had a well-known eye for a pretty face. Matched with Vadim, who shot his cast lovingly, this should have been an intelligent, funny bit of entertainment instead of a vapid train wreck. The movie, released this week for the curious by Warner Archive, can be seen as a cult favorite or as a glimpse into Roddenberry’s skills before his unsuccessful string of pilots that marked his 1970s (and all of which are now out from Warner Archive).

The film has an A-list cast fronted by Rock Hudson and the gorgeous Angie Dickinson as faculty and a pre-Kojak Telly Savalas as the investigating detective. The cast also includes familiar faces like Roddy McDowell, Keenan Wynn, and for the Trekkies among us: William Campbell and James Doohan. ComicMix fans can check out the future Isis, JoAnna Cameron in an early role. William Ware Theiss was unfettered for the costume design and he made sure to show off the sexiest, skimpiest contemporary fashions that few high schools at the time would have ever allowed. 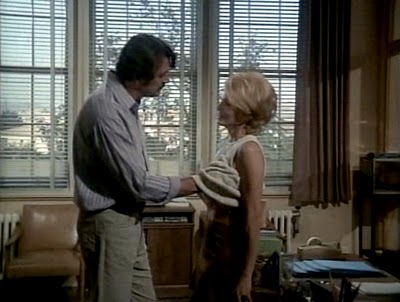 For a man known for creating memorable characters and using contemporary
themes as allegory, Roddenberry’s script is surprisingly thin. He later
condemned the finished product, blaming Vadim for ruining his attempt
at saying something about issues of the day but there’s not even a hint
of an issue in the final edit so I have no idea what he was talking
about. The characters are two-dimensional at best and the film so
telescopes its attentions to the core characters that you don’t know how
the murders really affect the student body, the local community and the
like. The students seem to have little to say and do with one another
while none appear to have parents or homework. This could have worked
had Roddenberry actually made any of the characters a cut above
desperate or smarmy.

The lead student, Ponce de Leon Harper (newcomer John David Carson), is
paralleled with Hudson’s guidance counselor, Michael “Tiger” McDrew
which, structurally pays off nicely at the film’s conclusion. However,
McDrew’s motivations never go beyond “hip” talk that truly dates the
film. With a gorgeous wife (Barbara Leigh), there’s no real reason why
he cheats or kills or even leaves notes with the bodies. Hudson is
clearly enjoying himself despite the cheesy mustache.

Vadim certainly knew how to cast an attractive cast and gets mixed
performances. The students are all ciphers but Hudson, Dickinson and
Savalas are all quite engaging to watch. As an introduction to Hollywood
filmmaking, it was a rude awakening as he fought with the studio over
the final cut and watched it get savaged by the critics despite making
some money. Roddenberry returned to television after this while Vadim
went on to a commercially successful career. MGM, uncertain what they
were getting themselves into learned some valuable lessons, especially
about writing contracts that spelled out the requisite amount of nudity
required. One story tells of how an actress shot everything but her nude
scene, then watched rushes of the other girls, and decided not to drop
her top. The producer, director and studio argued with her and her agent
but lacking a contract on the matter, finally gave in and she remained
one of the few female speaking parts to remain mostly dressed.

There’s a certain curiosity factor in watching this and given the fine
visuals, it’s an easy film to sit through, with a reasonably nice
transfer. Don’t expect anything more than a fun romp and you’ll be
entertained.