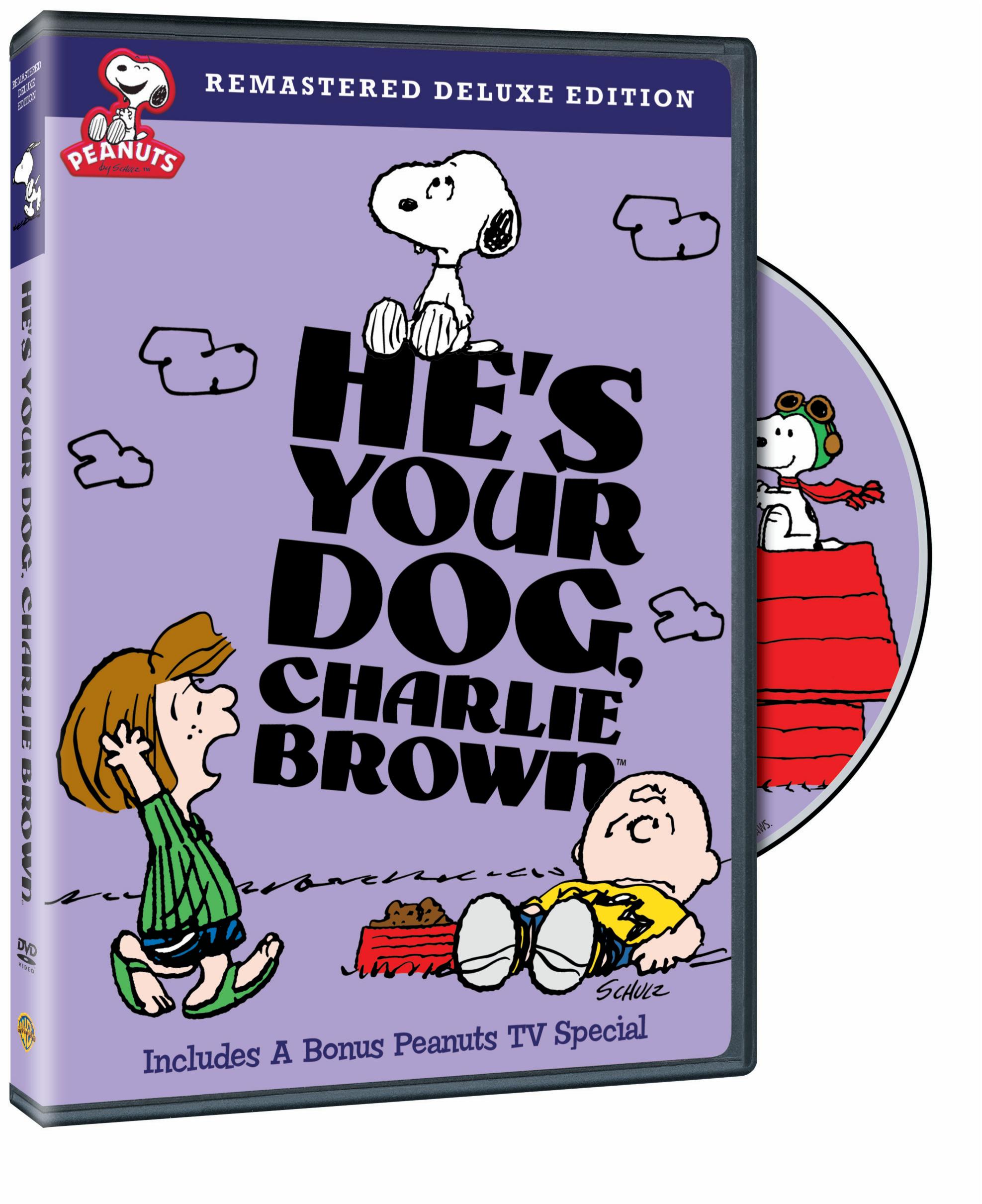 When Charles Schulz created [[[Peanuts]]] sixty years ago, he never imagined that Snoopy, Charlie Brown’s beagle, would steal the spotlight and overshadow the strip in future years. Much as Snoopy overran the comic strip and merchandising, so did he loom large in many of the animated specials which ran for decades on CBS. Warner Home Entertainment has collected two of those dog-centric specials in the just released[[[He’s Your Dog, Charlie Brown]]].

The disc contains not only the title special, which first aired on February 14, 1968, and was last collected in 2009’s Peanuts 1960s Collection, but also [[[Life is a Circus, Charlie Brown]]], a 1980 special that has not been remastered before. The latter was the 20th special and is making its DVD debut here, and it was clear the energy and creative spark was long since gone.

The first story focuses on Snoopy being terribly disobedient and a general pain in the neck to the gang. Charlie Brown calls the Daisy Hill Puppy Farm , the obedience school that failed to do its job, notifying them the dog is being sent back for remedial lessons. Then, he sends Snoopy across town, asking Peppermint Patty to let the “shortstop with a big nose” stay over one night. Snoopy stays and never leaves until Patty complains. Charlie collects the dog, who promptly escapes but this time Patty makes the dog work to earn his keep. He comes to miss the cushy life he had and returns home. Meantime, the gang has come to miss the annoying pet.

I suppose Snoopy learns his lesson, at least for a little while, but none of the other characters, even Patty, get to do much of anything except complain so its not one of the better uses of the ensemble cast. Neither is the second feature from October 24, 1980. Here, Snoopy accidentally winds up joining a trained dog act when the circus comes to town.  He’s infatuated with Fifi, the star poodle so let Polly the trainer take him in and turn him into a performing star.

Charlie Brown is somewhat distraught to see Snoopy leaving with the circus en route to Omaha but does nothing to get him back. Instead, we see Polly getting orders from the Colonel, the circus’ owner, and slowly it becomes clear the life of a star attraction is not all its cracked up to be and he breaks free, taking Fifi with him. In the end, though, she decides the return to the only home she knew, as Snoopy parts heading for home.

Watching the two back to back, you see the quality of the animation and voice casting clearly deteriorate along with the cleverness of the humor and storytelling. While the strip stopped being interesting years before, the television specials were finally matching that creative drought. The remastering job, though, makes them look terrific so Peanuts fans will be pleased.

The sole special feature is the 22 minute “Snoopy’s Home Ice: The Story of the Redwood Empire Ice Arena”, an extended look at the arena Schulz and family saved from ruin and how it has maintained that special Peanuts legacy as a testament to the creator. Animation guru Lee Mendelson, Kevin McCool (operations manager), Craig Schulz, Skippy Baxter (professional skater/director), Jean Schulz (Charles’ widow), Lisa Illsley-Navarro (skating professor), and Jim Doe (general manager) all appear on camera.