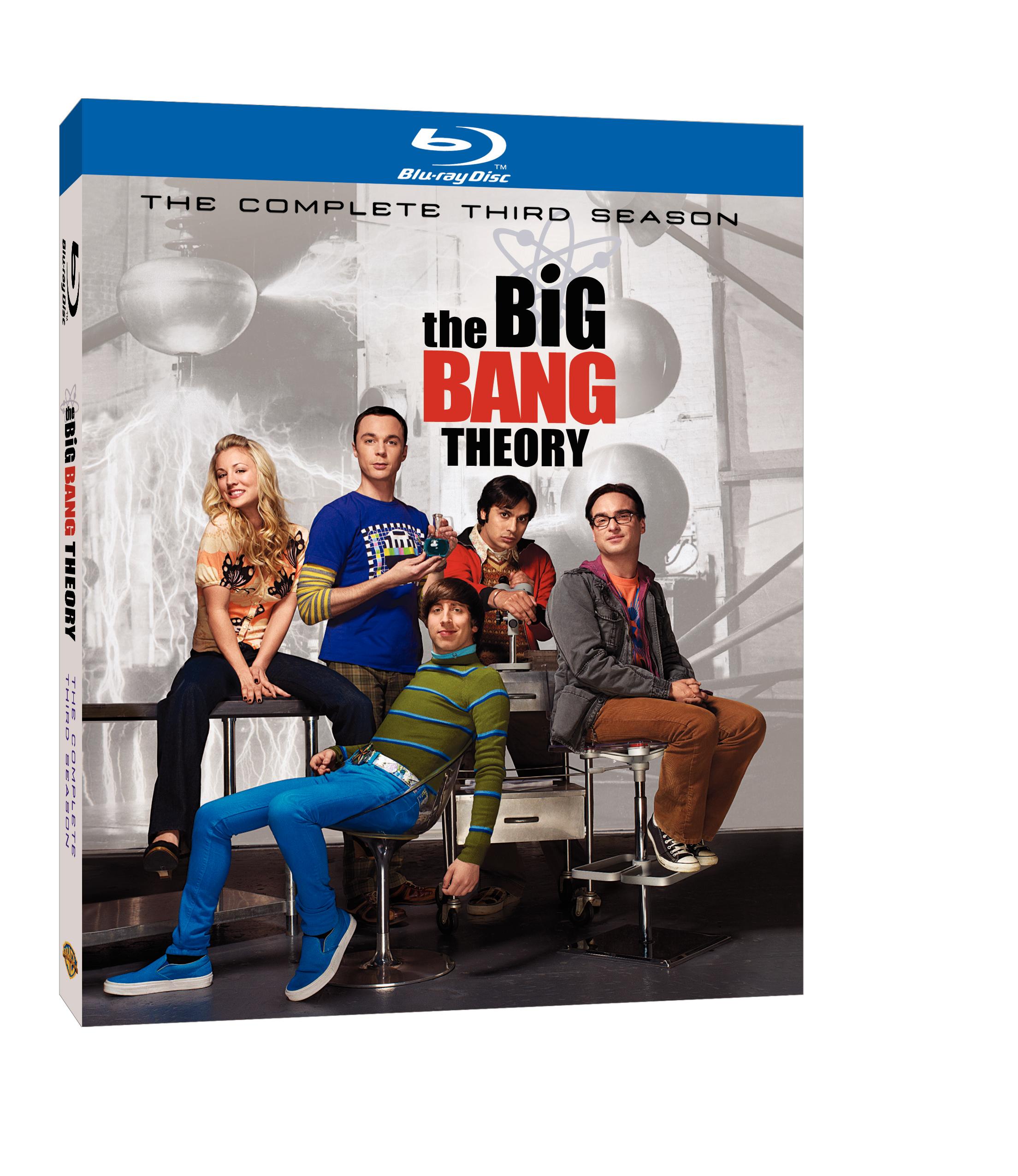 By the beginning of its third season, CBS’s [[[The Big Bang Theory]]] had crossed over from well-reviewed sitcom for geeks to a ratings blockbuster. The characters remained oblivious to this elevation in esteem while their performers and creators didn’t let the success get to their heads. Instead, the season’s 22 episodes remained sharp and funny, delving deeper into the characters, revealing back stories, and expanding on the work place dilemmas.

As seen in The Big Bang Theory: The Complete Third Season

, now out from Warner Home Video, the major arc of the year was Penny and Leonard’s relationship, with her making efforts to understand his working world while he tried to socially adjust to her world. And when they broke up, the repercussions are keenly felt among the others – Sheldon, Raj, and Howard. The show nicely builds up the Sheldon/Penny relationship, which hit a dramatic point halfway through the second season and the chemistry between Kaley Cuoco and Emmy-winning Jim Parsons makes their scenes sheer delights. Penny’s romantic entanglement with Leonard also altered the roommate dynamic with Sheldon, which played out nicely throughout the season.

The four guys remain geeks that ComicMix fans recognize, for better or worse. As a result, episodes such as “The Creepy Candy Coating Corollary” and “The Wheaton Recurrence” with guest nemesis Wil Wheaton and “The Precious Fragmentation” are particularly enjoyable. But, the show begins to bring in stunt casting gimmicks such as “The Excelsior Acquisition” and the legendary Stan Lee, which is fine once a season, but can easily devolve if not kept in check. And as the third season begins, mastermind Chuck Lorre will be overseeing not only this gem, but [[[Two and a Half Men]]] and the newcomer, [[[Mike and Molly]]], so if the show jumps the shark, it could be this season.

But I hope it doesn’t. While the show is about geeks and speaks to us,
it’s also a show about friends and a workplace comedy and a domestic
farce so the premise behind episodes such as “The Spaghetti Catalyst” or
“The Pirate Solution” would work fine elsewhere. Why they work so well
here, though, is the strong writing and terrific performances from the
five man ensemble, including Parsons, Cuoco, Johnny Galecki, Simon
Helberg, and Kunal Nayyar.

The DVD set is a tad light on special
features, totally devoid of commentary. If any show could benefit from a
trivia track, it would be this one. We do get “Takeout with the Cast of
Big Bang Theory” where we watch the performers eat Chinese food and
answer questions ostensibly from the fortune cookies. Some of the
answers are interesting, but it is a mere ten minutes and you don’t
learn an awful lot. Worse is the “Set Tour with Simon and Kunal” where
they breeze the camera into and past the various sets and department
rooms without any real cohesion. A soundstage map would have been useful
or how they perform before the live audience. Instead, we discover
Simon and Kunal need script writers because left on their own, they’re
far less interesting. The Gag Reel is the usual assortment of amusing
flubs, although the tongue-tying physics or comic book continuity rarely
are the cause for the errors. It would have been cool had they recorded
the Barenaked Ladies performing the full title track at Comic-Con
International because that would have been a real treat.

Still,
the show is well worth watching again and again as the jokes hold up,
the performances are sharp, and the situations fresh and delightful.