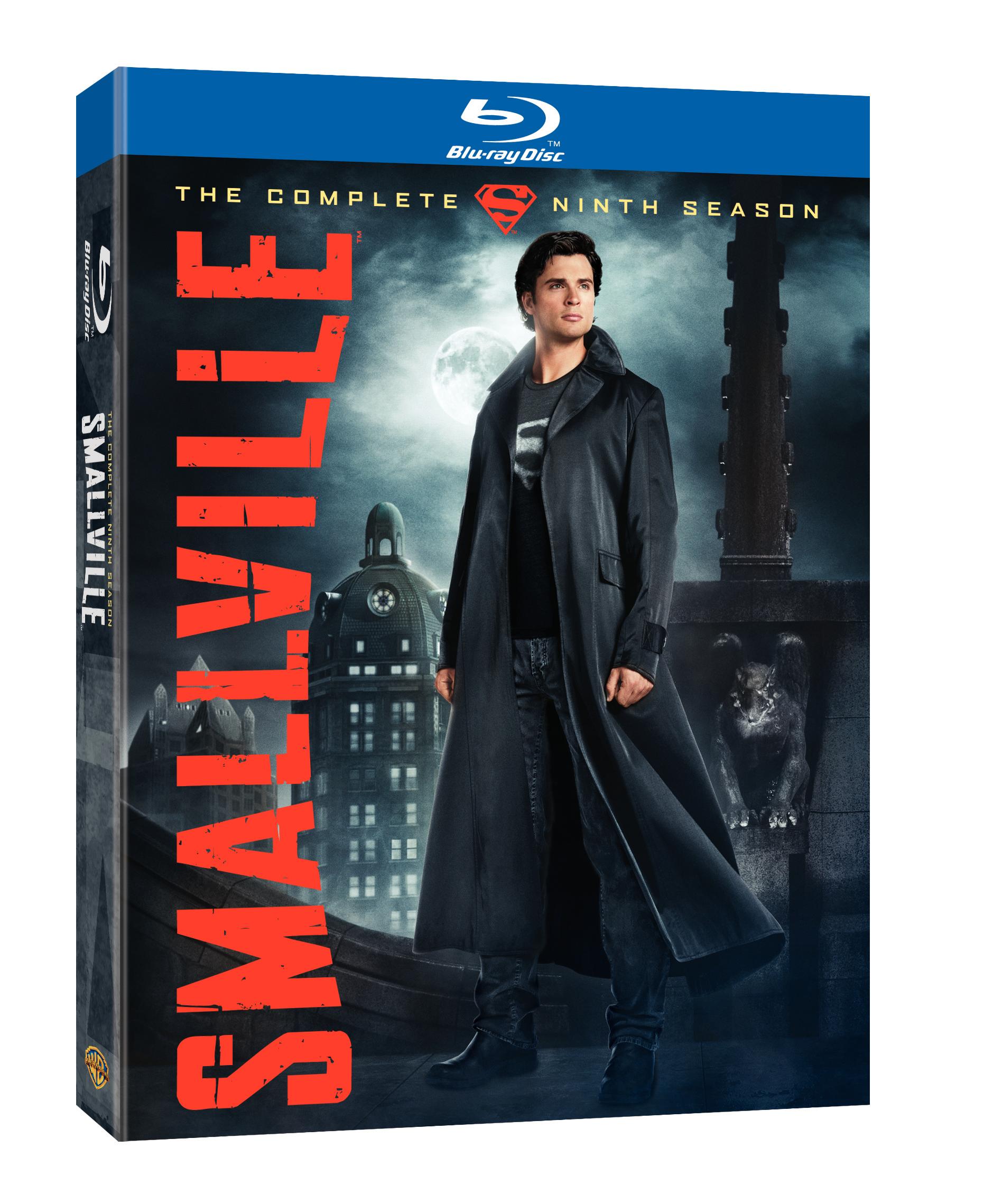 When [[[Smallville]]] debuted on the WB network in fall 2001, it was a revelation, a serious and well-considered examination of Clark Kent coming to terms with his alien origins and super-powers in a modern context. It was a perfect fit for the teen-skewing network and apparently they hit pay dirt casting Tom Welling as Clark and surrounding him with a strong ensemble. The real secret early on was the writing staff, fronted by Jeph Loeb and Mark Verheiden, who said more with less and kept you coming back for more.

By the fourth season though, the success of the show was beyond expectations and the vamping began, coupled with the turnover of the writing staff which irreparably harmed the show. Things grew silly real fast as the iconic elements were twisted beyond recognition and the producers sought new threats and twists in the soap opera relationships. In the latter seasons, especially after creator/showrunners Al Gough and Mile Millar departed, character motivations seemingly changed weekly and storytelling logic was usually ignored.

Season eight gave us the season-long threat of Doomsday and once he was dispatched, it seemed time for something new. Maybe something familiar, a little taste of home. Executive Producers Kelly Souders, Brian Peterson, and Welling decided the time had come to bring the threat of General Zod made flesh. Callum Blue was added to the cast as the Kryptonian military officer, and former ally of Jor-El’s, to demonstrate for Clark the need to use their powers for selfless reasons.

Recognizing this was likely the final season, they chose the theme to be that of Clark embracing his alien heritage. He donned a black costume for the first time and either distanced himself from his friends and allies or relearned the lesson that he cannot act alone. 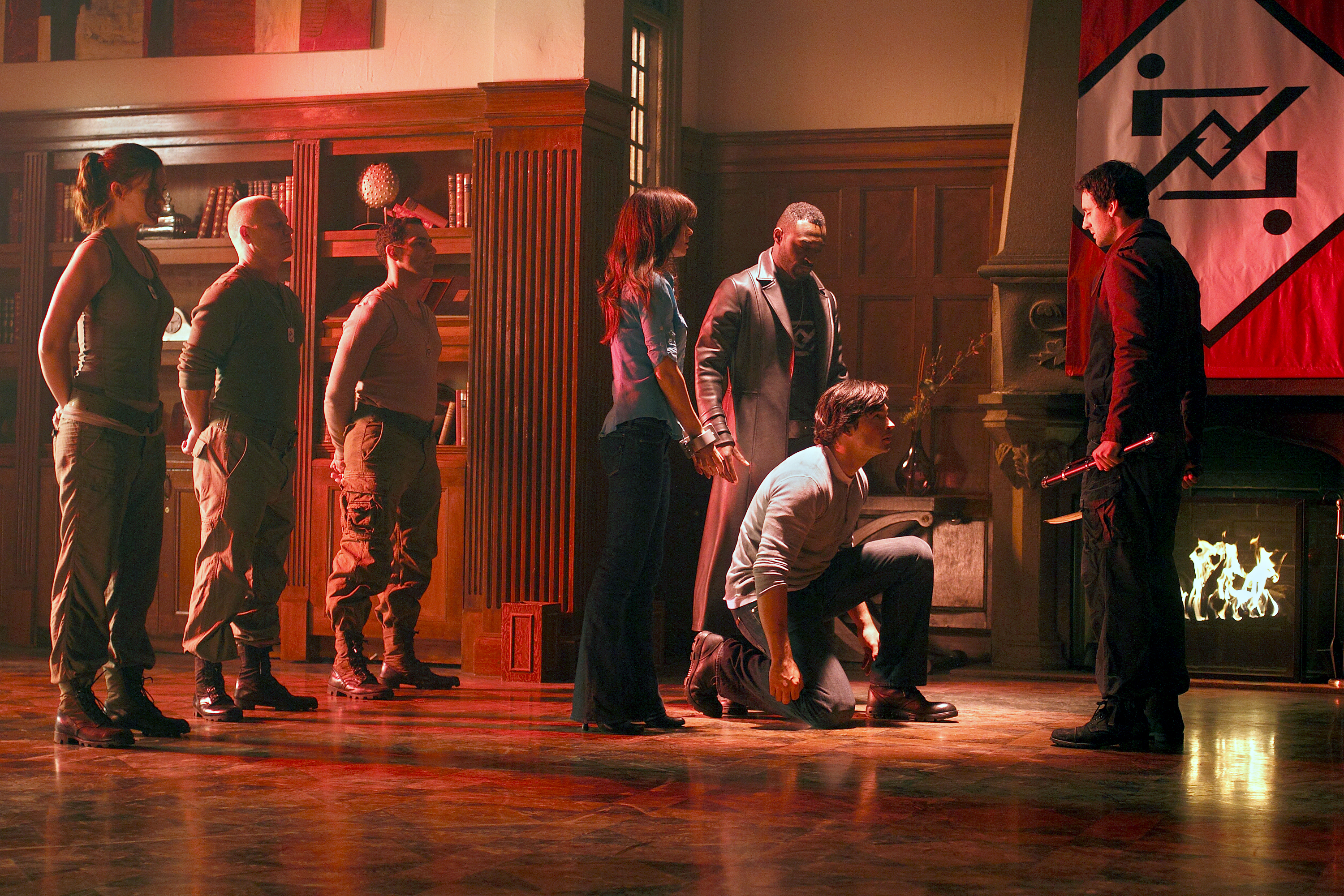 Across 22 episodes, the unwieldy cast and desire to pepper the Smallville
universe with touches of the DC Universe meant another messy 22
episodes, with highs and lows and far too many head-scratching moments. [[[Smallville: The Complete Ninth Season]]] is being released on Blu-ray and standard DVD Tuesday and you can relive these moments for yourself.

Season Nine opened with Lois Lane (Erica Durance) returning from three
weeks in the future, brought back by a Kandorian who prophesies gloom
and doom   Zod (nicely played by Blue) and the Kryptonian clones arrive
on Earth but spend most of the season seeking their powers, feeling
robbed of their birthright and why they don’t have them never made any
sense.

Along the way, they experiment on humans such as John Corben, who was
turned into Metallo (ironic since Brian Austin Green was fighting
cyborgs on The Sarah Connor Chronicles a season prior).

Jor-El (Julian Sands) gives and takes away abilities which fly in the
face of how Kryptonian physiology should be working. We revisit red and
blue kryptonite plus an entirely new, convenient form of the mineral.
Joe-El, perhaps the worst used character on the series, finally comes to
Earth just so he can die, and is totally wasted.

With Justin Hartley’s popularity, a good chunk of the season is devoted
to Green Arrow’s fall and rise, foreshadowing the character’s comic book
trajectory. Time from the main themes is taken up with the introduction
of Mia Dearden (Elise Gatien) being introduced and the invention of
GA’s mentor, Vordigan (Steve Bacic), introduced just so he could die.

Speaking of a bloated cast of characters, there are episodes that brings us the Wonder Twins (David Gallagher and Warehouse 13’s
Allison Scagliotti) plus an unnecessary return of Zatanna (Serinda
Swan). And beyond, Zod as company, villainous distractions include
Roulette (Steph Song), Toyman, Metallo, and Silver Banshee (Odessa Rae). 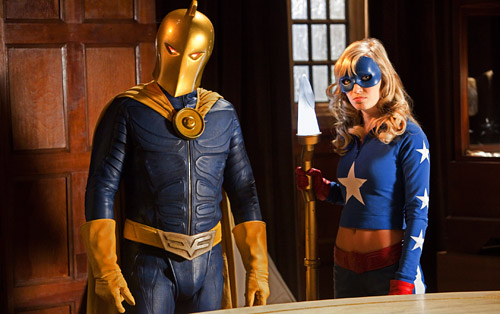 “Absolute Justice” at the season’s midpoint is a significant
game-changer because it not only introduced the notion that there was a
generation or two of heroes prior to the modern day metahumans, but
they’re still out there. We also get the introduction of Amanda Waller
and Checkmate, with veiled references to an “Apokolips” coming to Earth,
setting up season ten’s war with Darkseid. Written by Geoff Johns, the
two-hour event introduces audiences to Hawkman (Michael Shanks), Doctor
Fate (Brent Stait) and Stargirl (Brittney Irvin). Johns does a lovely
job acknowledging the past and playing with the character archetypes. He
lets Green Arrow and Hawkman bicker as a nod to the Len Wein era of the
[[[Justice League of America]]] while reminding Clark that there’s a real need for heroes and teamwork.

Checkmate plays an increasingly important role in the second half with
mixed results. Pam Grier should be a real bad ass as Amanda Waller but
plays it too softly and total lacking in edginess. While she’s the White
Queen, we begin hearing of a Red Queen who in a dumb twist turns out to
be Martha Kent (Annette O’Toole), back from Washington to check in on
her son. We also meet Maxwell Lord (Gil Bellows) who likely will play a
more important role next season.

There are a handful of deleted scenes that do nothing to advance or harm
the stories but were trimmed for time considerations. The real gems on
the box set are the two new featurettes. First up is “Kneel Before Zod”
where Richard Donner, Terence Stamp, Souders, Peterson, Johns, Dan
DiDio, Matt Idelson and others discuss Zod from comics to the 1970s
movies to the television series. There’s a lot of enthusiasm and
affection for the character who went from a minor player in the mythos
to one of the most dangerous adversaries ever to confront the Man of
Steel.

The second, “Absolute Justice; From Script to Screen” is a nice 20
minute piece examining how Johns’ script became a two-parter and how the
cast was found for the legendary heroes. We also get extensive looks at
the costuming, props, and set design to pull off the story. This not
only respects the source material, but shows how much time and effort
goes into making any episode of the show.

After meandering aimlessly for a time, the show began to find its
footing with the previous season and although this season was also
uneven, it continued to build for the day when Clark would put on the
uniform we know and love. This in many ways honors the past and sets up
the tenth and final season, which begins on the CW September 24.