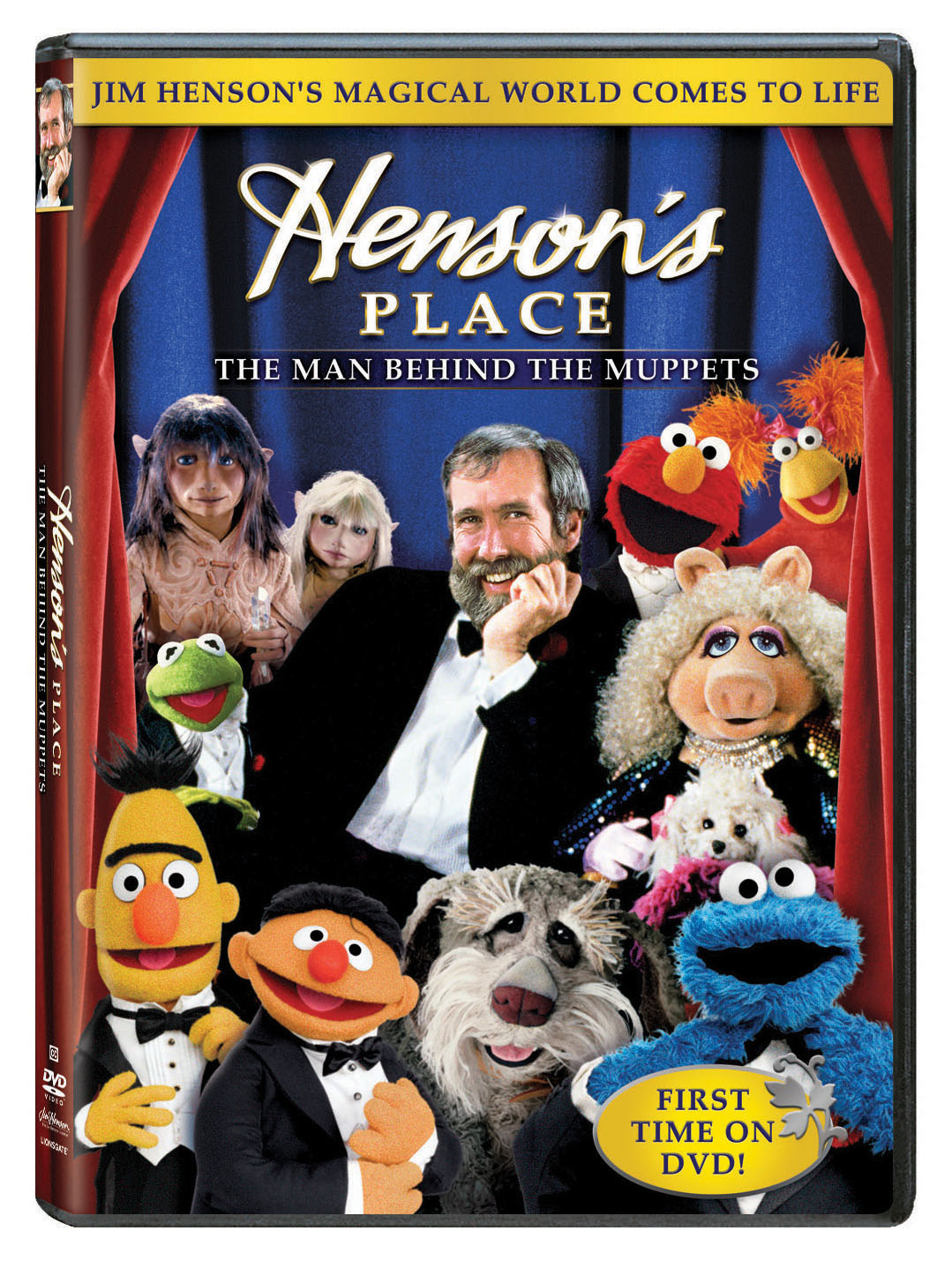 I miss Jim Henson. I recall sitting in my home office and hearing the stunning news that the puppeteer had unexpectedly passed away. All I could think of were the movies and television shows that we would never see, the voice of Kermit the Frog growing silent. As it is, every time the family watches the [[[Muppet Christmas Special]]], I sigh at the end when he makes a cameo appearance.

Henson was a gentle, creative man, but in the documentary, [[[Henson’s Place]]], he’s also described as a having a “steely will” and he needed that to bring his creations to life and before the public. The 52-minute show was produced for airing in Wales in 1984 and has played on PBS here in the states. Today, Lionsgate releases the documentary on DVD. It’s a frozen moment in time, six years before his untimely passing, but well after he had begun to create new families of Muppets as seen in the feature film [[[The Dark Crystal]]] and on HBO in [[[Fraggle Rock]]]. It was a creatively satisfying and commercially successful period.

Julia McKenzie narrates the show and conducts the interviews, tracing Henson’s life from his early years to the beginning of his puppetry in the 1950s on [[[Sam and Friends]]] and Wilkins commercials. Rare clips of early Muppets and initial incarnations of Kermit, Animal and others are seen and I wish there was more of this fertile period seen. We suddenly jump a decade to the arrival of [[[Sesame Street]]] and Henson’s critical involvement in the show’s creation and success.

Lord Lew Grade spoke about how he was willing to invest in Henson’s idea for a television series, after all three American networks foolishly passed on the concept. He recalled how everything was done with a handshake including when he asked Henson if the rumors of his wanting to make a movie were true. When the artist confirmed this, Grade extended his hand and told him this was good for a two picture deal.

Henson talked about how different aspects of his shy personality were given the spotlight in his different characters with additional commentary from , Jane Henson, Frank Oz, Michael Frith, Joan Ganz Cooney, Jerry Juhl, and David Lazer. He also spoke frankly about the merchandising blitz of the time, which helped fund the research and development, allowing Henson and company to create new characters and worlds.

The documentary is supplemented by a video version of [[[The Amphibian 1985/86: The Jim Henson Company Yearbook]]], the 30th anniversary edition. Michael Firth provides a lengthy introduction explaining the importance of these yearbooks as a way of honoring everyone who contributed to the Muppets and Henson Associates’ success. The next twenty minutes are a lingering look, page by page, of the yearbook.

All that is missing from this loving tribute disc is anything covering the end of Henson’s career and his lasting legacy. Everything stops in the 1980s while the Muppets have had their ups and downs ever since. Their ongoing story deserves coverage as well.