Review: ‘James and the Giant Peach’ 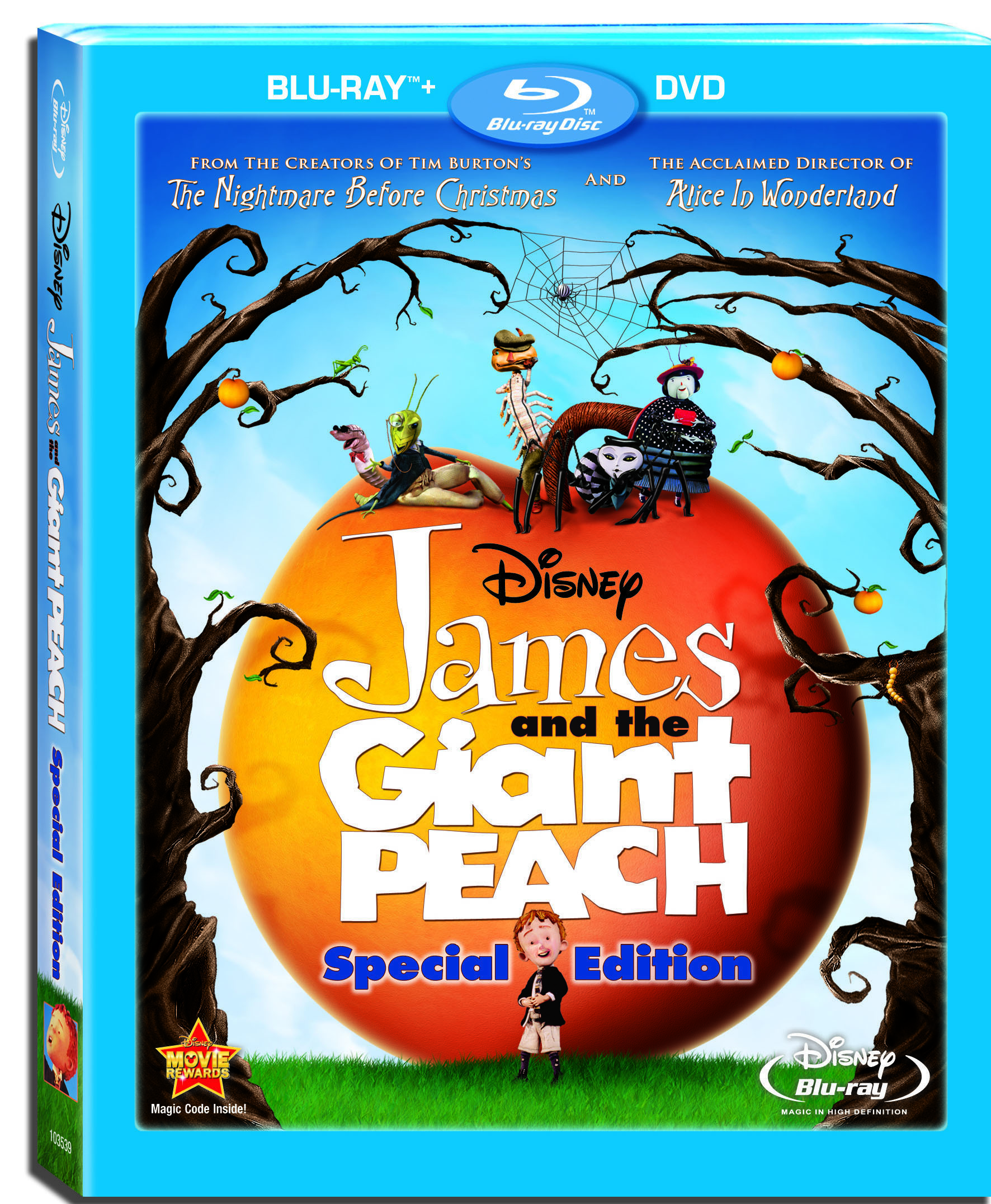 Movie technology needed to catch up to the imagination of author Roald Dahl. By the time that occurred in the 1980s Dahl was in his final years and barely got to enjoy proper adaptations of his works. His imaginative fiction was incredibly vivid and picturesque while also having a dark undercurrent, an edge that set them apart from other children’s literature.

His widow, Liccy, finally allowed his 1961 novel, [[[James and the Giant Peach]]], to be adapted by the team of producers Denise Di Novi and Tom Burton and director Henry Selick. They had previously proven their mettle as a team with the delightful [[[A Nightmare Before Christmas]]] and were seeking something else to do with their stop-motion wizardry. The results in 1996 were a stripped down adaptation, but one that Liccy and children around the world embraced.

Walt Disney Home Entertainment is finally releasing the movie on Blu-ray this Tuesday. The Special Edition comes complete with both Blu-ray and DVD, but no digital copy, so this is a littler less special than other releases.

The story of young James Henry Trotter is told here with some substantive changes from the novel including his age and whereabouts when his parents are killed by a rhinoceros (in the film, a thunder storm of horrific proportions, in the book, the real animal). He comes to live with his vile and cruel aunts, Sponge and Spiker, who delight in tormenting him. Through it all, James’ optimism never wavers and he’s a model child, keeping his dreams of visiting New York City to himself.

His behavior and nature is rewarded when a Mysterious Stranger approaches him with a bag full of magic. Accidentally spilling some of the glowing objects, a dead tree soon after reveals a growing peach, which becomes mammoth in proportion. As the aunts profit from displaying the object to the curious, James is left to clean up after the tourists. That is, until he finds a tunnel and burrows deep within the fruit and encounters a hardy band of insects and an arachnid. Together, they take the peach on a journey, heading towards the Big Apple.

The rest of the film is a romp as they go from adventure to adventure en route to Manhattan and then finally arrive. Inexplicably, the aunts arrive soon thereafter, only to receive an overdue comeuppance, one far less interesting than their prose fate.

Things move along briskly although things do stop for some unmemorable and unnecessary songs. Randy Newman’s Oscar-nominated score was all we ever needed and the pacing does stop even though the songs are at least plot or character specific.

Being remastered for Blu-ray, the visuals are sharp and wonderful to watch, with excellent sound.

The only new extra on the Blu-ray disc is an interactive Spike the Aunts game, which takes nice advantage of the technology. The original extras: a short Making Of featurette, a Newman music video, “Good New”, still gallery can be found on the standard DVD.