What happened to Clifford Meth’s column? Read it here 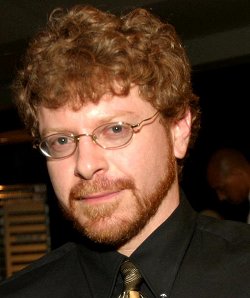 Editor’s note: This column, which was originally published at Comics Bulletin and which we pointed to on Friday, was taken down from their site yesterday. We’re a bit touchy when it comes to internet censorship and the hint of legal threats from movie people, so we asked Cliff what we could to do help. Clifford has graciously allowed us to republish the original column here, and he’ll be writing up a fuller explanation of what’s been going on tomorrow. –Glenn Hauman

“Welcome to Hollywood”
By Clifford Meth

I’ve been away from this column for so long that an explanation is in order. I’m tempted to say it was something like a summer vacation where, by virtue of missed flights, I didn’t come home for years…but the truth is I sank belly-deep into a myriad of projects, most of which were destined to fail. So before we go any further, let’s get some closure:

Dave Cockrum’s Futurians and I have been attached at the hip for what seems like a lifetime. Besides being a fan of the project, I penned a back-up story that Dave illustrated for Futurians #0 (1995, Aardwolf Publishing) then personally walked the intellectual property into Starz Entertainment (nee IDT Entertainment) a decade later. How excited was I—and how excited was Dave—when they optioned rights and Stephen Brown, executive producer of Showtime’s “Masters of Horror” series, asked me to write the treatment and first draft for what they planned as a theatrical release. This came back-to-back with a script-editing assignment working with Peter David on Gene Roddenberry’s “Starpoint Academy” as well as script vetting for Stan Lee’s POW Entertainment. Seriously fun stuff. And happening fast.

Then came the long fizzle.

The animated “Everyone’s Hero,” which you’ve likely never heard of (and good for you), the first and only IDT-E motion picture, was such a piece of offal that it dragged everything else down the crapper with it. Subscribing to the infinite monkey theorem, IDT-E took a bedtime story from IDT founder Howard Jonas and handed it to Rob Kurtz, a mediocre writer at best with several unimpressive episodes of TV’s “Will and Grace” on his resume. I remember when Kurtz’s script was dropped on my desk and I was asked to give it a read. The next day I turned in detailed notes. Four words, to be precise. “This stinks on ice,” I wrote with a red felt pen. Why waste words? Kurtz had polished a turd. With turd. But apparently there was too much invested politically so “Everyone’s Zero,” as it was prophetically known around the water cooler, was produced and then released to unsuspecting audiences on September 15, 2006 where it enjoyed a paltry run at the box office before disappearing. IDT would have been better off investing its mad money with Bernie Madoff. Game over.

By the time rights for the Futurians reverted, Dave Cockrum was already long gone, having passed away in November, 2006, from complications resulting from diabetes. My sweet friend had gotten a big kick out of seeing Halle Berry play his Storm character and hoped like hell to see the Futurians up on the big screen, too. I took small comfort in knowing he’d enjoyed the option money and knowledge that his characters were alive in the minds of many.

When we first met, Saperstein, a former president of The Weinstein Company, had already accumulated impressive producer credits on such real films such as “JohnQ” and “Se7en” (starring Brad Pitt) and, for you comics fans, that first ho-hum “Punisher” movie. He told me Bob and Harvey Weinstein referred to IDT-E as the yarmulkes.

One of Saperstein’s scouts, a distractingly beautiful blonde (whose name, alas, escapes me), had encountered some of my short fiction and recommended me to her boss. Then Harlan Ellison connected me with crackerjack agent Marty Shapiro. Several sold options later I’d learned a little something about the Hollywood game of sell it and maybe, just maybe, they’ll get around to it before rights revert.

Flash forward: Rights reverted. The stories that I’d written were mine again when Saperstein resurfaced to option my series Snaked from IDW Publishing. The clear-eyed, charming, disarmingly frank, unreasonably tall (for a Jew that is), Long Island-raised producer and I were now having regular chats. Consequently, at my suggestion, Saperstein also made overtures to Dave Cockrum’s widow Paty Cockrum and eventually delivered a contract that would tie up all entertainment rights to The Futurians. I couldn’t wait to see the Blackmane action figure! Further, the deal attached me as first writer and executive producer of the film project. The Futurians, it seemed, would fly again.

But nothing happened. Again.

Was it bad timing? Bad luck? A whispered story I heard from a big kahuna at United Talent Agency was that Saperstein was looking for funds. It was certainly possible; the economy had gone all to hell and I have no idea what my producer friend had in the hopper besides my own Snaked. I clearly recall Steve Niles backing away from one of Saperstein’s offers; maybe he knew something I didn’t. All I can tell you for certain is the Futurians contract was never consummated, despite an agreed-upon price, lengthy emails back and forth from Saperstein’s attorney, and three-way phone conferences with Saperstein, myself and Mrs. Cockrum.

And then Snaked went all to hell, too.

I’m not a member of The Writers Guild of America so, via IDW’s young agent and not the aforementioned Mr. Shapiro, I’d been contracted as a non-guilded writer to do the film treatment for Snaked. If the treatment passed muster, the contract said the first draft was mine. There were various payment schedules including a reasonable kill fee, should my treatment be rejected. IDW and I split the option money.

So off I went to write a treatment. One treatment. But I gave them 16 drafts. I’ll say it again: Sixteen. Uncle Harlan screamed that I was being taken advantage of as the contract only called for a single pass, but imagine, my friends how it is: you’re so hungry to see your baby grow up and become a movie that you bend over backwards until your own chiropractor can’t recognize you. Each set of notes generated a page-one rewrite.

Weeks went by. Then months. Still no check. I had a kill fee of $5K coming and I wanted it. Calls to Saperstein brought nothing but empty promises and then they didn’t even bring that. So, reluctantly—because I’m the last guy to go tell teacher—I phoned my young agent.

“Bad news, Cliff,” said the agent. “Richard’s not going to pay you.”

“No he isn’t. He’s pretty sure you won’t sue him. The fee is too small and you’d have to fly to Los Angeles to file for damages. Apparently this is how he does things.”

I paused for a moment. Took a deep breath then exhaled. Then I took another one. “Don’t go anywhere,” I said. “I’ll call you right back.” Then I exhaled.

Thirty minutes later, we were back on the phone.

“Write this down.” I proceeded to read him Richard Saperstein’s parents’ names and home address. I spelled the street slowly so there’d be no mistake.

“What is this?” asked my agent, a nice young man whose heart was palpitating so audibly now that it came through the phone like tom-toms. I’d have worried about him but he’s half my age. Guy that young should have a healthy heart.

“Are you out of your mind?”

“Tell Richard his parents didn’t raise him right,” I said.

“Welcome to New Jersey,” I said.

Two days later, I received a check from The Genre Company, Richard Saperstein’s production company. I took the check to the bank. Eureka—it was good.

Charles Manson walks into a room and says, “Is it hot in here or am I crazy?”

And that, my friends, is how I spent my summer vacation.