Review: Kirby Krackle – ‘E for Everyone’ 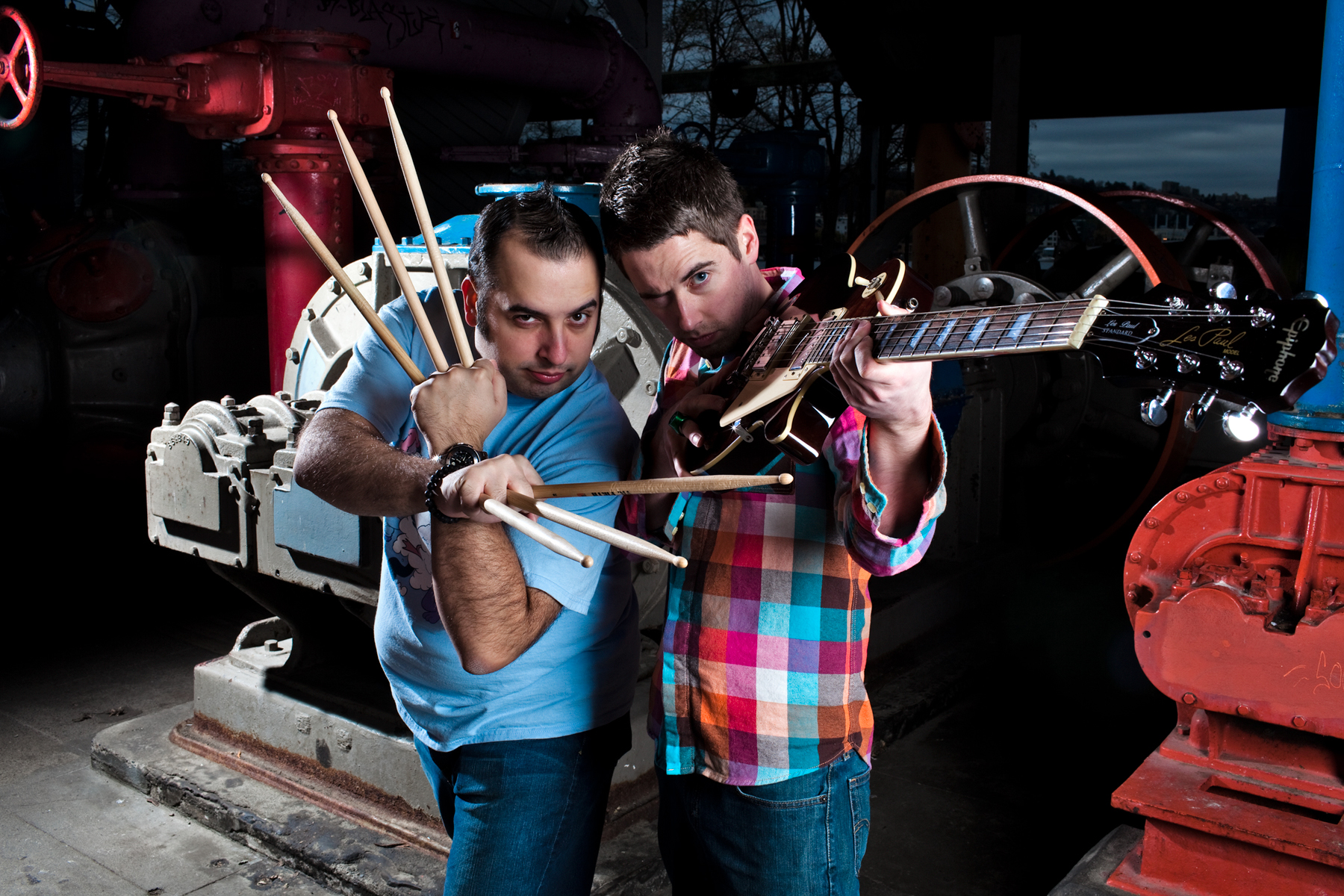 I first became acquainted with Kirby Krackle‘s music at New York Comic Con 2009, where no less than Joe Quesada himself told me to check out their self-titled first album. (Okay, it was a Twitter post to all his followers, but still.) It turns out the man knew what he was talking about, because I fell in love with KK’s self-described comic book rock on first listen – and before I knew it, I was a full-fledged Kracklehead. It turns out I had been wanting to hear a rock ode to Benjamin J. Grimm my whole life and didn’t even know it.

Today, Kirby Krackle’s much-anticipated sophomore effort, appropriately titled, E For Everyone, was released. I admit, I was afraid it was going to leave me in want of a retcon, but at the end of the last track I queued it right back up to listen again, and again, and again. Comprised as it is of a comic book shop owner and an accomplished indie-rock musician, KK’s biggest strength has always been its dedication to rock-solid musicianship and catchy hooks first and geeky subject matter second. I sang along to album closer Going Home at my desk twice before I realized it was a song about the band’s love for comic conventions, and that only served to enhance my enjoyment of an already great tune.

Their subject matter weaves in and out of different fandoms – E For Everyone opens with “Vault 101,” a pop-rock song about the video game Fallout 3 so catchy it should be regulated by the FDA, and it’s followed up immediately by “On and On,” a ballad that does more to demonstrate why we should care about Wolverine in three-odd minutes than his solo series has done in three-odd years. That’s the secret behind Kirby Krackle’s appeal: like geek-rock progenitor Jonathan Coulton, KK delivers songs by nerds, for nerds, that never pander and only rarely hew close to deserving the dreaded “comedy song” moniker.

It’s not perfect, though, especially if you listened to their previous album as much as I did. No individual song is as grating on repeated listen as “Naked Wii,” but E for Everyone doesn’t hit the peak of brilliance as often, either. It makes for a more even listening experience but slightly lessens the album overall. Moreover, they repeat a few of their old tricks: “Henchman” covers the same ground as the earlier, better “Villain Song,” and “Roll Over” – a song about a ménage-å-every-female character-from-an-80’s-Saturday-morning-cartoon – takes over from “Marvelous Girls” in the “vaguely misogynist but still rockin’ party song” department.

Bottom line: If you’re reading ComicMix and you’ve listened to the first album, you probably love Kirby Krackle as much as I do, and this will scratch the itch for more you’ve had for a year. If [[[E For Everyone]]] is your first exposure to the band, then there’s plenty here to understand what all the hubbub is about. It suffers a little from more-of-the-same syndrome, but when the same rocks this hard, it’s difficult to care overmuch, and I can’t wait to see what the duo does next.

Kirby Krackle is very active on Twitter, so in their honor and in the honor of the man they’re named for, the final word in 140 characters or less: Don’t ask, just buy it!