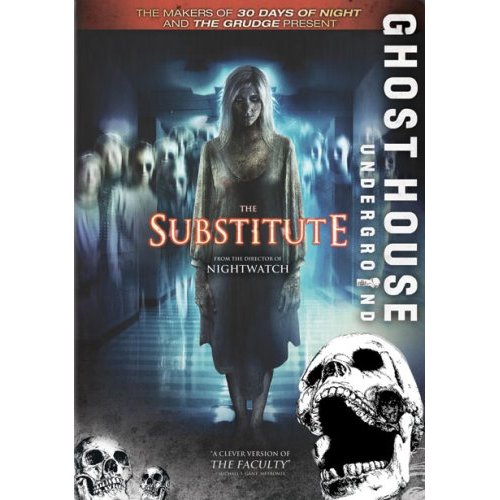 The sixth grade students of a small town begin to realize that their new substitute teacher is an alien. When the parents don’t believe them, they are forced to take matters into their own hands. It is later revealed that the alien’s goal is to understand Earth’s concept of love and destroy the planet, because her planet knows only of war.

It’s funny how many one-word horror titles are out there and have the ability to sound so ominous. “[[[The Substitute]]]” has been used a good amount of times to intimidate, if you count the 1996 thriller starring Tom Berenger about a militant sub who straightens out an urban high school(which spawned two sequels), or Martin Donovan’s 1993 TV movie about a substitute teacher with a dark past, or even the sequel to 1990’s Class of 1999, in which a robotic substitute assassinates a group of punks. This film, produced in 2007, certainly attempts to live up to it’s name, but sadly falls short with some poor acting and a confusing plot.

The film hails from Denmark, which means you have the choice of watching the DVD in it’s original language with subtitles (which is horrible for genres like comedy and horror which rely on timing), or you can watch the film with the English dubbing, which due to the cartoonish voices for the children, will make you laugh more than intended. While most of the actors in the film are children, the responsibility to hold things together is on the shoulders of veteran Danish actress Paprika Steen. She may be a big deal over in Denmark, but her overacting as the alien substitute with a hunger for live chickens is outlandish at best. 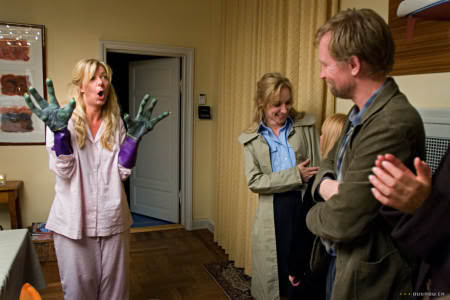 With a plot synopsis reading “an alien takes over a sixth grade class”, there aren’t many places you can go that won’t deliver as obtuse or puerile, but this film manages to go in the opposite direction and take the “confusing and pretentious” path. The end of the film consists of the substitute teacher taking the students on a field trip to her point of origin with plans on doing something malevolent. The first time they arrive, the children plan an escape and almost get away, if it wasn’t for time rewinding twelve hours and nobody remembering anything. They then go for “ending #2” and fight the alien. The rewind ending made no sense and left me trying to figure out what had happened, rather than watching the ending, which was subpar as well.

The special effects are done pretty well in parts, which is good because it’s hard to sell an alien horror film with a weak budget unless your last name is Wood and you’re BFF’s with Bela Legousi. There are a few moments where the computer graphics look a bit wonky, but overall, there was no problem in believing that this substitute was just an alien with a tendency to overact.

With the script by Ole Bornedal, the same guy who brought us a great concept like [[[Nightwatch]]] and let it fall into confusion and obscurity, it only makes sense that a great concept like this film can fall apart inside of the first half hour. The overall moral towards the end was supposed to be that “love conquers war”, but really, didn’t we already know that? It doesn’t take a chicken-eating Danish cougar to explain it to us through a bunch of sixth graders.