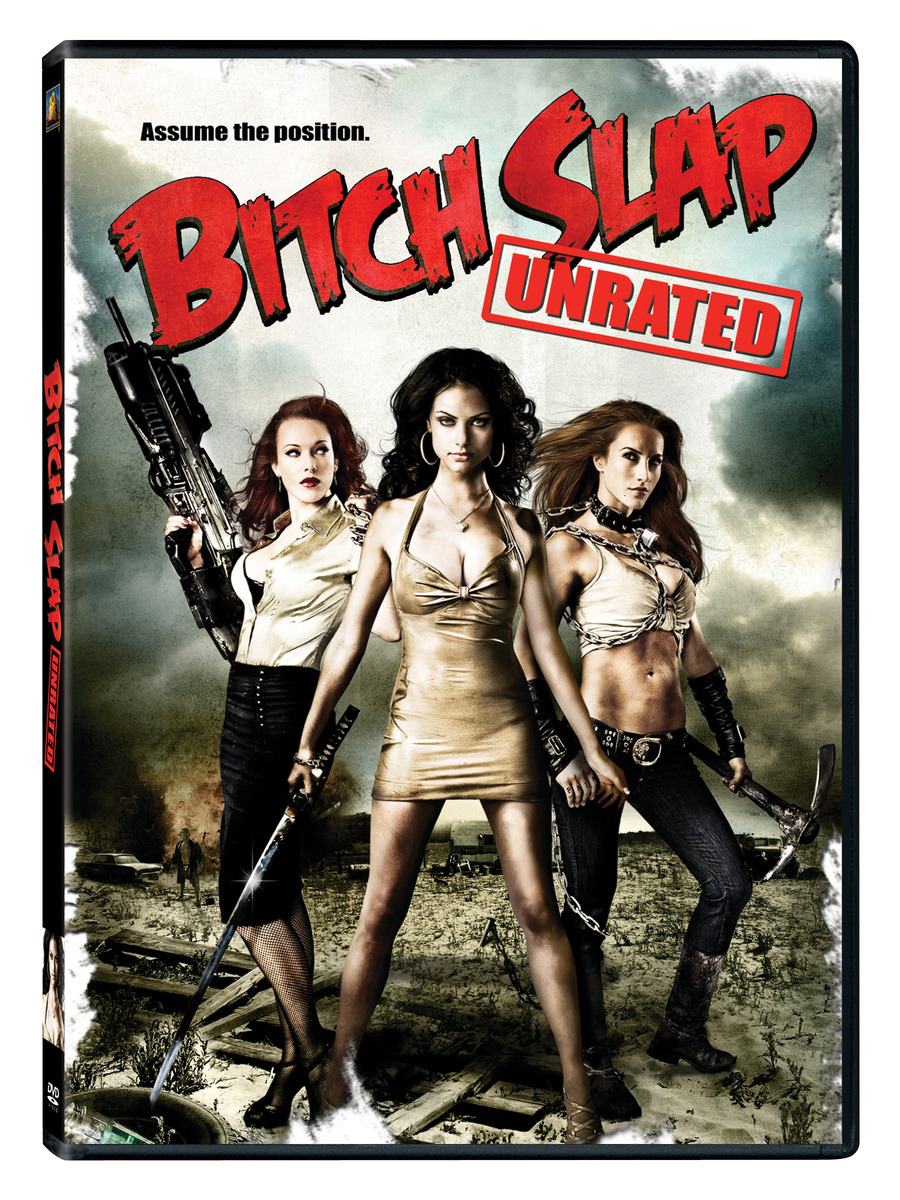 From the 1950s through the 1970s many a producer could make a nice career out of producing low budget exploitation films. Roger Corman turned his studio into a training ground and provided us with a generation of terrific filmmakers. Many who make films today were heavily influenced by these films and Quentin Tarantino and Robert Rodriguez paid homage with their [[[Grindhouse]]] extravaganza.

Exploitation movies are critic-proof. They will find their audiences thanks to the copious amounts of blood, senseless violence, and frequent displays of cleavage. But, for the most part, their time has come and gone as roadhouse promotions and drive-in theatres have gone the way of the nickelodeon. As a result, you have to admire anyone who sets out to make one these days.

Bitch Slap, out this week on DVD from 20th Century Fox Home Entertainment, is the latest such attempt at recreating a lost genre. Rick Jacobson and Eric Gruendemann cut their teeth on [[[Hercules]]] and [[[Xena]]] and have longed to take some of their syndicated television tendencies and mix them with an over-the-top exploitation film. They cowrote the script and Jacobson directed. Then they set out to bring in their pals (Lucy Lawless, Kevin Sorbo, and Renée O’Connor) to make cameo appearances in support of the stars.

You can see their influences through the clever opening and closing title sequences, which are nicely handled.

The movie features three curvaceous, bosomy beauties — Julia Voth, Erin Cummings, America Olivo – stuck out on the desert and caught up in a violent quest for diamonds and guns. Chasing them or trying to run away from them is another TV vet, Michael Hurst.

The movie cuts between the current action in the hot sun and is constantly flashing back to show how the stripper, the killer and the corporate powerbroker got caught up in this adventure. Clearly, the intention is to have fun and to constantly surprise the audience as we see things progress bringing them to this point.

Unfortunately, it’s an underwhelming mess. The script is too clever for its own good and leaves things confusing and poorly laid out. And while it’s interesting to watch these characters come to known one another, building some level of trust, there’s not enough of a spine to really make you care.

Instead, you’re there for the T&A and frankly, the trio remains clothed throughout despite the sex scenes and the times they pour water on each other or wrestle on the ground. The violence is pretty much as you expect with poor makeup and squib effects. After a while, I got bored watching the endless action despite nice stunt coordination from veteran Zoë Bell.

Much of the film’s flashbacks were shot using green screen technology and the backgrounds don’t seamlessly blend with the actors, adding the cheesy look.

The movie comes complete with a nice four-part behind-the-scenes documentary that shows how much affection went into the project despite the poor results. We see the first cast read through as they introduce themselves and each actor recounts how they got their part. In many ways, this was more engaging than the film itself, especially as they struggled to work within a limited budget and shooting schedule.

The movie had a limited release back in January, earning all of $16,788 at the box office. This DVD is intended to find a more appreciative audience and comes unrated which has to be for the language – certainly not the sex or violence.