Review: ‘Wolverine and the X-Men – Fate of the Future’ on DVD 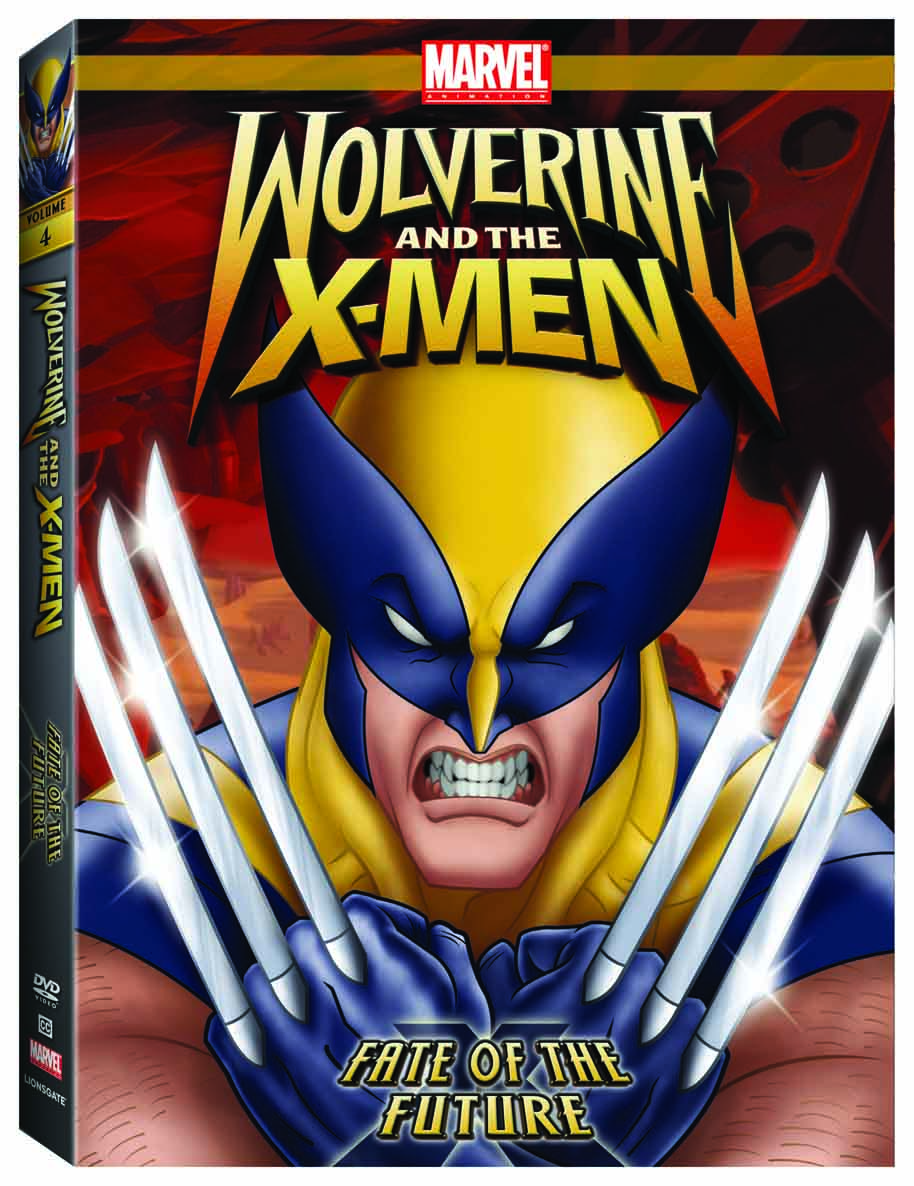 As one would have expected, Marvel revisited the animated adventures of their merry mutants to capitalize on the anticipated success of the [[[Wolverine]]] feature film. As a result, the fourth iteration is named [[[Wolverine and the X-Men]]] and the first season aired throughout 2009 on Nicktoons. Lionsgate has been dutifully collected handfuls of episodes for single-disc collections with the fourth volume, containing five episodes, being released Tuesday.

While the [[[X-Men]]], their friends and foes are familiar, this has no bearing on the previous animated series or the comic book source material, As a result, we’re getting yet another look at familiar themes and storylines such as the Days of Future Past and Genosha. Unlike the immensely popular 1990s Fox series, this has fewer sub-plots that require episode to episode viewing. On the other hand, there are plenty of sub-plots running through the 26 episodes comprising the first season. There are also dozens of characters to meet and recall and often they arrive unnamed or their powers unspecified. As a result, you’re required to watch knowing which version of the x-verse you’re paying attention to. The only other animated series this ties to is the Hulk Vs. direct-to-DVD as noted when Nick Fury asks Wolverine to have a rematch against the jade giant.

This disc contains “Stolen Lives”, “Hunting Grounds”, “Badlands”, “Code of Conduct” and “Backlash”. Having not seen any of the previous episodes, I would have appreciated a “Previously” recap at the beginning but I quickly figured things out. The first episode focuses on Kristie, the young mutant daughter of Maverick and introduces us to X-23.

The second story skips Wolverine for the most part, focusing instead on the odd friendship of Scarlet Witch and Nightcrawler as they work together to escape Mojo’s World. It also introduces us to Magneto’s other daughter, Polaris. After that, we skip ahead to the devastating future as the descendant and survivors fight the Sentinels for survival. The just-introduced Polaris is revealed to be the sole survivor of Genosha and wanders around wearing dad’s helmet. The storyline is picked up again in the fifth episode, which has the Brotherhood of Evil Mutants and the X-Men trying to destroy the Master Mold, to prevent the horrific future from happening.

In between, Wolverine’s backstory is explored in a tale that introduces viewers to the Silver Samurai and Mariko. The battle for control and honor takes up much of the episode and apparently was deemed inappropriate to air in the UK.

Craig Kyle and Christopher Yost, who graduated from Marvel Animation to fine comic book writers, are back and their expertise helps a lot. They’re ably abetted by Greg Johnson, a writer I’m less familiar with. As a result, the stories are strong in the Marvel flavor, heavy on the anti-mutant theme, and replete with characters with some genuine personality. They come across as teens or adults, experienced or tyro.

The animation design is leaner than previous version but they come across inconsistent in size. In some cases, Wolverine is taller than Mystique but still called a runt. Everyone is a little too lean but the overall animation direction is reasonably strong. The best part of the technical side is that the voice cast is sharply superior to the 1990s version.

Other than some commentary, the disc has no extras but does have plenty of trailers including an intriguing glimpse of next year’s [[[Thor: Tales of Asgard]]] direct-to-DVD feature.