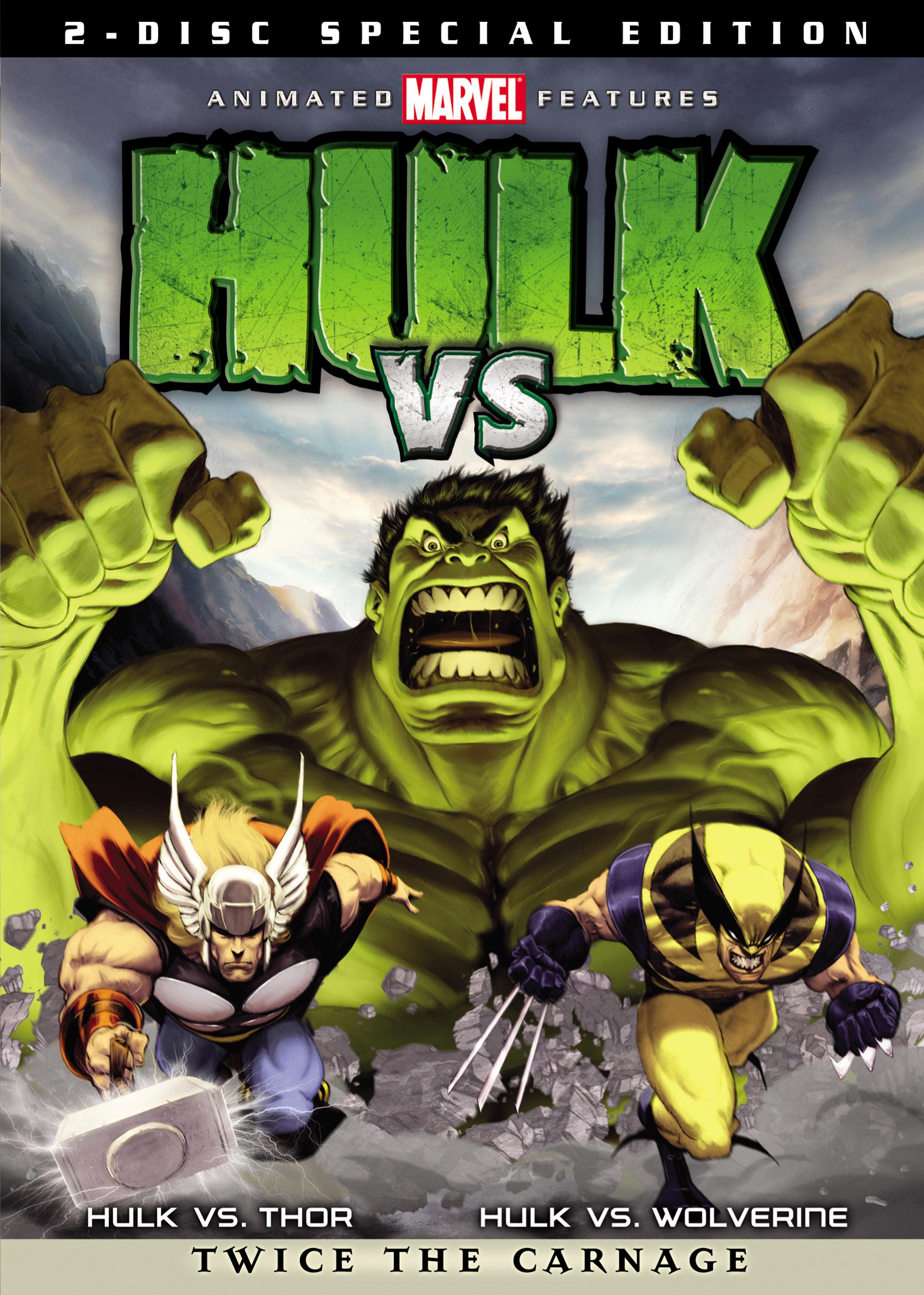 Marvel has had varying degrees of success with the direct-to-video efforts but the program continues and there’s little surprise that the most recent offering featured Wolverine, given the release this week of [[[X-Men Origins: Wolverine]]]. What is odd is that Lionsgate chose to release the video Hulk Vs.

in January, too late for the holidays and too early to capitalize on the Fox feature.

The two-disc set features separate Hulk features and shine very different lights on the character. In the first, Wolverine is assigned to hunt down a monster crossing the border from America, codenamed the Hulk. Along the way, the two battle with much carnage but then the plot is complicated by the arrival of several foes from throughout Weapon X’s career – Lady Deathstrike, Sabretooth, Omega Red, and Deadpool. In the 37 minute story, there are numerous flashbacks to the Weapon X program and how Logan was turned into a living weapon.

Visually, it’s the best animated Wolverine we’ve seen yet. The character designs for his opponents are pretty terrific, but no surprise since they were handled by Jeff Matsuda. It’s also one of the best voice casts I’ve heard on a Marvel production. The story moves along nicely and the action is pretty relentless.

On the other hand, it’s not much of a Hulk story. Also, on their own, each of the villains has proven to be a match for Wolverine, but here, collectively, they’re dispatched with far too much ease, weakening their threat.

The second disc has a stronger story but weaker vocal casting and shows Loki using the Hulk as a pawn in his game against his half-brother Thor.  The 45 minute story is spent entirely in Asgard and pits not only Thor against the Hulk but Thor and Loki against Hel, bargaining for the soul of Bruce Banner. What happens to Banner is rather poignant and gives this tale an emotional wallop missing from the other adventure. If the forthcoming [[[Tales of Asgard]]] animated feature is anything like this, we’ll all benefit.

Each disc comes with an assortment of trailers in addition to Making Of featurettes. The Wolverine disc has footage from the Lionsgate panel at last summer’s San Diego convention while the Thor disc has a loving tribute to Jack Kirby.

If you have an insatiable appetite for the ol’ canucklehead, you could do worse than investing your time with this DVD set.