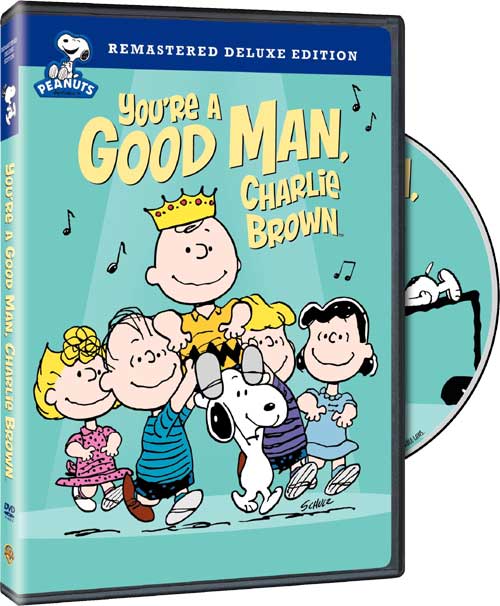 Peanuts]]] has proven exceptionally enduring and adaptable as Charles Schulz expanded his cast of characters to reflect the times and changing fascination with different players. The strip debuted in 1950 and within a decade the characters were used as spokesmen for commercial products. In 1965, though, the horizons expanded dramatically with the successful Christmas special.

Not only did that that give us Vince Guaraldi’s score and decades of specials, but it inspired others. In 1967, Clark Gesner unexpectedly showed up with a series of songs which he envisioned as being brought to the stage. Taken Off-Broadway, the songs were kept but the story was evolved. That initial version of [[[You’re a Good Man, Charlie Brown]]] was best known for spotlight Gary Burghoff as Charlie Brown, just a few years before we met him as Radar O’Reilly. That first cast also included actor/director Bob Balaban as Linus.

A different cast took the show to Broadway in 1971 and it became a high school staple for years ever after. In 1985, the play based on the comic strip was finally adapted as an animated television special. And now for the first time, Warner Home Video will release the cartoon Tuesday on a remastered DVD.

As stated above, as characters rose and fell in popularity, their prominence in the comics altered. Schulz decided for this adaptation to replace Patty and Violet with Sally and Marcie. It also presents the first time on television Snoopy had a human voice.

Overall, the breezy series of vignettes that make up the show works as a Peanuts sampler. Unlike the more successful of the television specials, there’s no one element to act as a spine so we drift from event to event, much like black out comedy. Taken as individual elements, they’re engaging enough but as a 48 minute viewing experience, it’s rather disjointed and honestly, not very funny.

The songs range from the unmemorable to the okay to the one hit, “Happiness”. Perhaps the most successful character-based song is “The Book Report”. And the audio voices do a fine job with the material but are thoroughly adequate as opposed to stirring or amusing.

The animated feature is accompanied with[[[ Animating a Charlie Brown Musical]]], a 14 minute look at the origins of the show and the process of adapting the strip to the stage and then from the stage to the television screen. Nothing is said of the 1999 revival which reworked existing songs and added additional numbers.

Overall, this is a Must Have for Peanuts fanatics only.