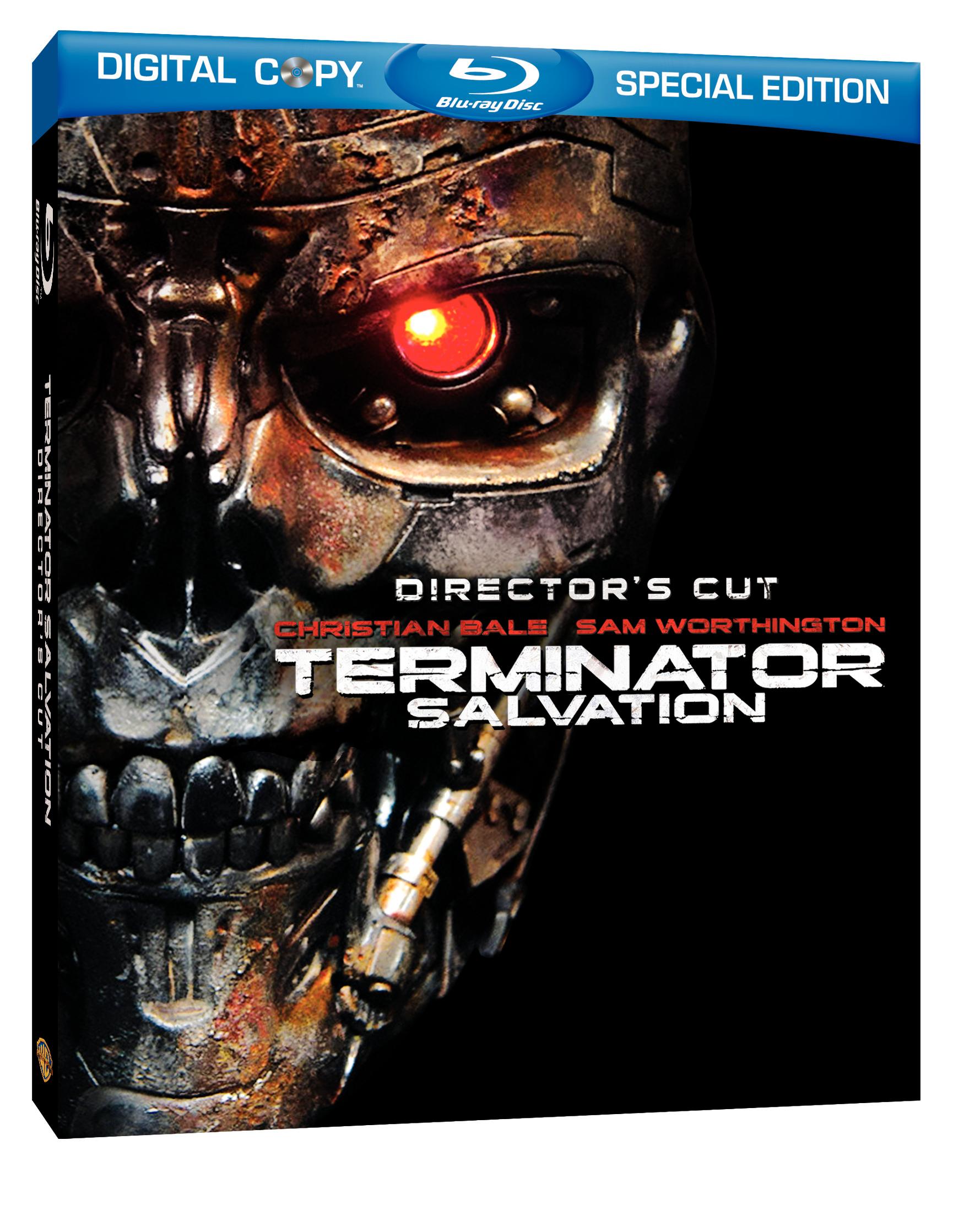 There’s no doubt that when James Cameron made the first Terminator</em>movie in 1984 he figured on telling his story and moving on. Little did he know that 25 years later, it would remain a cultural touchstone spawning sequels, a television series, books, comics, and stuff.

Wisely, Cameron also knew when it was time to move on. Coaxed back for the sequel, he delivered a high-octane action thriller that also pushed the limits of movie technology as we marveled at some of the earliest CGI that had our collective jaws drop.

After the ownership got passed around like a bowl of potato chips, The Halcyon Company now controls the destiny of SkyNet and their progeny. Earlier this year, they offered up Terminator Salvation, moving the story to right after Judgment Day in 2018, but before someone thought to send Kyle Reese back in time. The fourth feature, therefore, is both a sequel to the trio of films and a prequel to the first film. In short, the resistance thinks they have a frequency that will stop the Terminators dead in their tracks and they prepare to unleash it, failing to understand that they’ve effectively brought the Trojan horse into their camp. That’s pretty much the story.

Directed by McG, it blows things up real good and real often but it doesn’t work terribly well as a story. The movie, out tomorrow on home video, is offered up in a number of ways. Blu-ray fans can have the three-disc special edition which offers up the Director’s Cut, the theatrical release, extras, and a digital copy. DVD fans can have the two-disc special edition. A single disc version of the theatrical release is also available.

The reason the story doesn’t work is that McG visualizes a world after the Terminators have laid waste to the world but he never digs deep to show us what society is like now that food is scarce and technological development has ground to a halt. There’s no sense that these are dwindling resources nor is there a clear understanding of who’s running the American resistance. Is there still a United States of America or a Commander in Chief? We’re shown the resistance leaders wandering the seas in a submarine to avoid detection but who are they, what are their ranks and why is Michael Ironside wasted as the clueless leader?

And then there’s John Connor, played this time by Christian Bale. Said a prophet of the future and a charismatic leader of the resistance, he seems to be occasionally a soldier following orders and other times he comes off as a regular messiah, the one man capable of rallying the troops and kicking metallic ass. We know little about him or his relationship with Kate (Bryce Dallas Howard), wandering pregnant with his child – a symbol of an optimistic future.

The movie has running and jumping, fighting, and yelling but we feel nothing for these characters because screenwriters John D. Brancato & Michael Ferris never slow down to let people explain themselves. When Marcus (Sam Worthington) joins the resistance and is revealed to be a unique cyborg, there’s a quick jump to conclude he’s a Terminator despite everything he’s done up to that terrifying moment. The one person to believe him is Blair (Moon Bloodgood) and no one pays her any attention.

Kyle Reese (Anton Yelchin) is sought by SkyNet but we’re never told why, we’re given no explanation why he’s been separated from the others humans who have been inexplicably rounded up by mammoth Terminators. Kyle, who believes himself one half of the complete Los Angeles resistance cell, is all about survival, but the qualities we saw Michael Biehn display in the first film is missing from his character here. 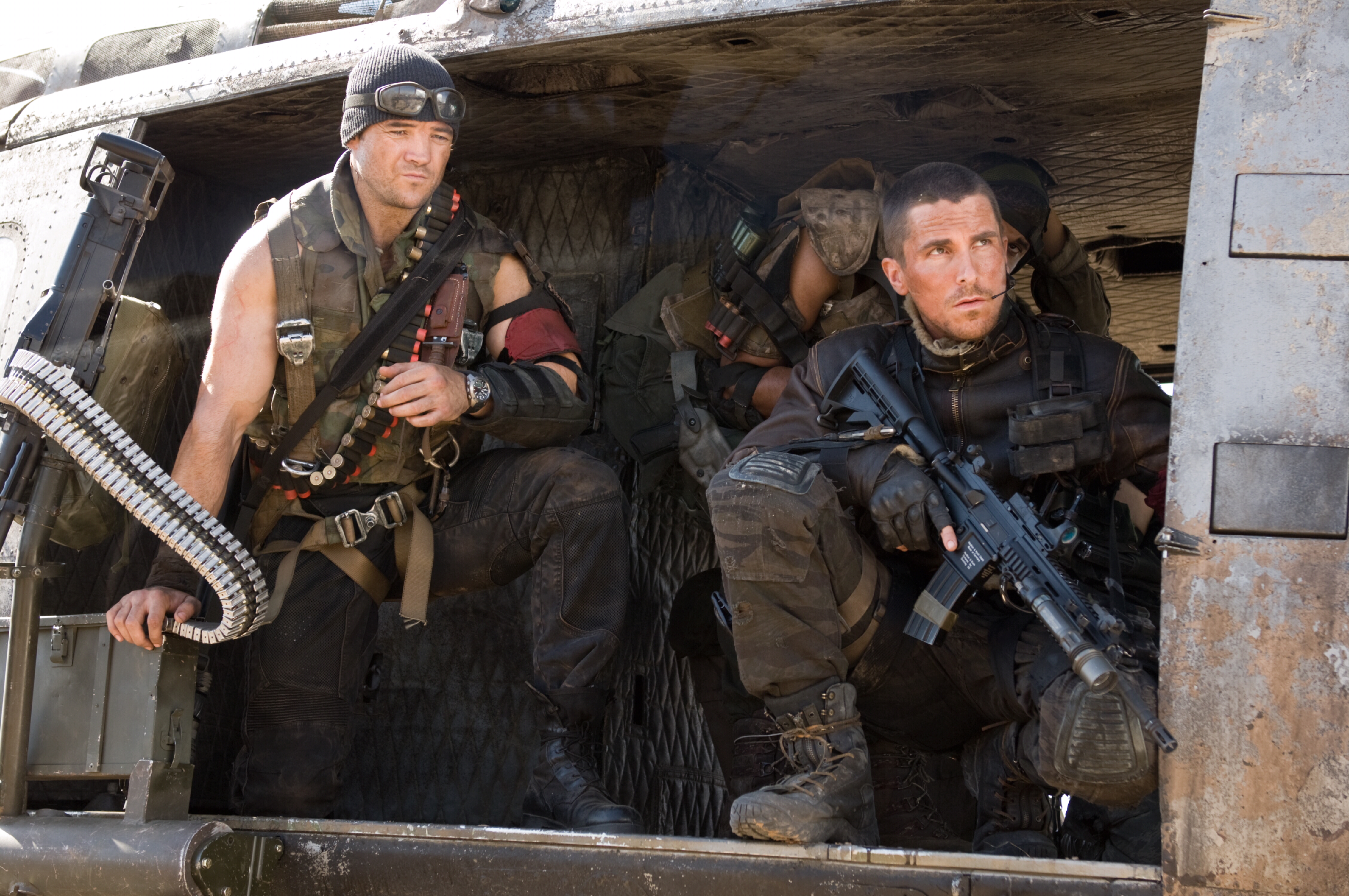 The talented cast is given little to do although Worthington is a revelation as the next great action star. Yelchin, seen weeks previously as the caricatured Pavel Chekov, displays some real talent as Reese. Similarly, Bloodgood both here, and in Wolverine, shows some real potential. Bale, Howard, Ironside, Jane Alexander and Helena Bonham Carter are merely wasted.

The movie ends and we’re not entertained, just disappointed. The three extra minutes in the director’s cut (far from the promised 40 minutes during the ramp-up to release) help smooth some things out but is too little to make much of a difference.

Having said all that, if you buy this, know that the Blu-ray looks and sounds spectacular.

Like The Watchmen, this offers up the Maximum Movie Mode which has McG pop up every now and then. He stands between two miniature screens, one showing the film and one showing concept drawings, animatics, costume design, and other tidbits to explain how they achieved the finished product. He’s enthusiastic and is accompanied by text information including a timeline of the Terminator universe to help put people and events into perspective (would have been nice to have that in the actual movie).

The other extras are the traditional assortment of behind-the-scenes featurettes starting with the 19-minute Reforging the Future which is an overview to the fourth film. There’s an eight-minute look at The Moto-Terminator the motorcycles in the film. We’re then given about nine other three-to-four minute clips dedicated to different elements of making the film, most involving blowing things up (30,000 gallons of kerosene was used for just one scene). The best of the lot was recreating Arnold Schwarzenegger’s look from 1984 for a T-600.

And that’s about it so you really need to have loved this film or the series to want to add this to your video library.