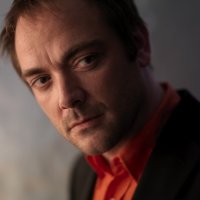 Freshly picked from only the finest and most pedigreed blog bushes, here’s the stuff we didn’t get to yesterday:

What’d we miss? Consider this an open thread.