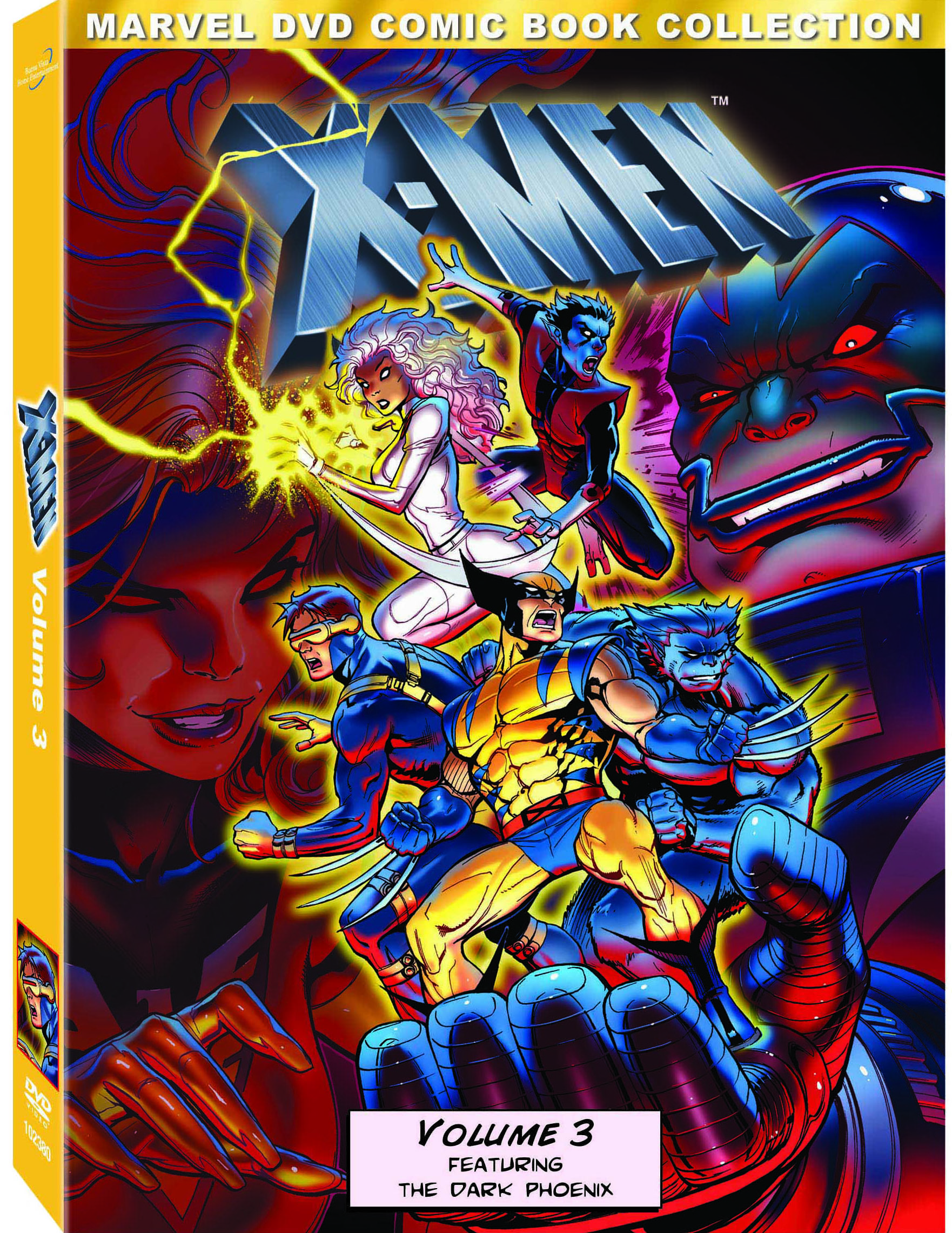 The [[[X-Men]]] animated episodes from the 1990s continue to be regarded as among the very best adaptation of comics to another medium. The ever-growing cast of mutants, menaces, and alternate timelines was certainly a rich source of material and much of it wound up making the transition from page to screen. Fox enjoyed terrific ratings and it helped push the X-Men from comic cult favorite to mainstream phenomenon. The five seasons were an important stepping stone in getting Marvel’s uncanny heroes from comics to the silver screen.

Buena Vista Home Entertainment this week released volumes three and four of the [[[X-Men – Marvel Comic Book Collection]]] offering up 29 more episodes. There remain enough left over for one more disc which has yet to be announced.

When the first two volumes were released earlier this year, I wrote, “The voice casting is atrocious and jarring on more than one occasion while the animation direction is lackluster. Too often the team arrives to fight someone and we see them move one at a time rather than in a coordinated team effort, leaving you to wonder what the rest were doing while each hero took a turn.”  Unfortunately, things did not improve with time and experience. Characters continue to stand pontificating while opponents politely waited for them to stop speaking before striking. The animators clearly couldn’t figure out how to integrate the dialogue and action smoothly so decided to take turns much to the stories’ detriment. 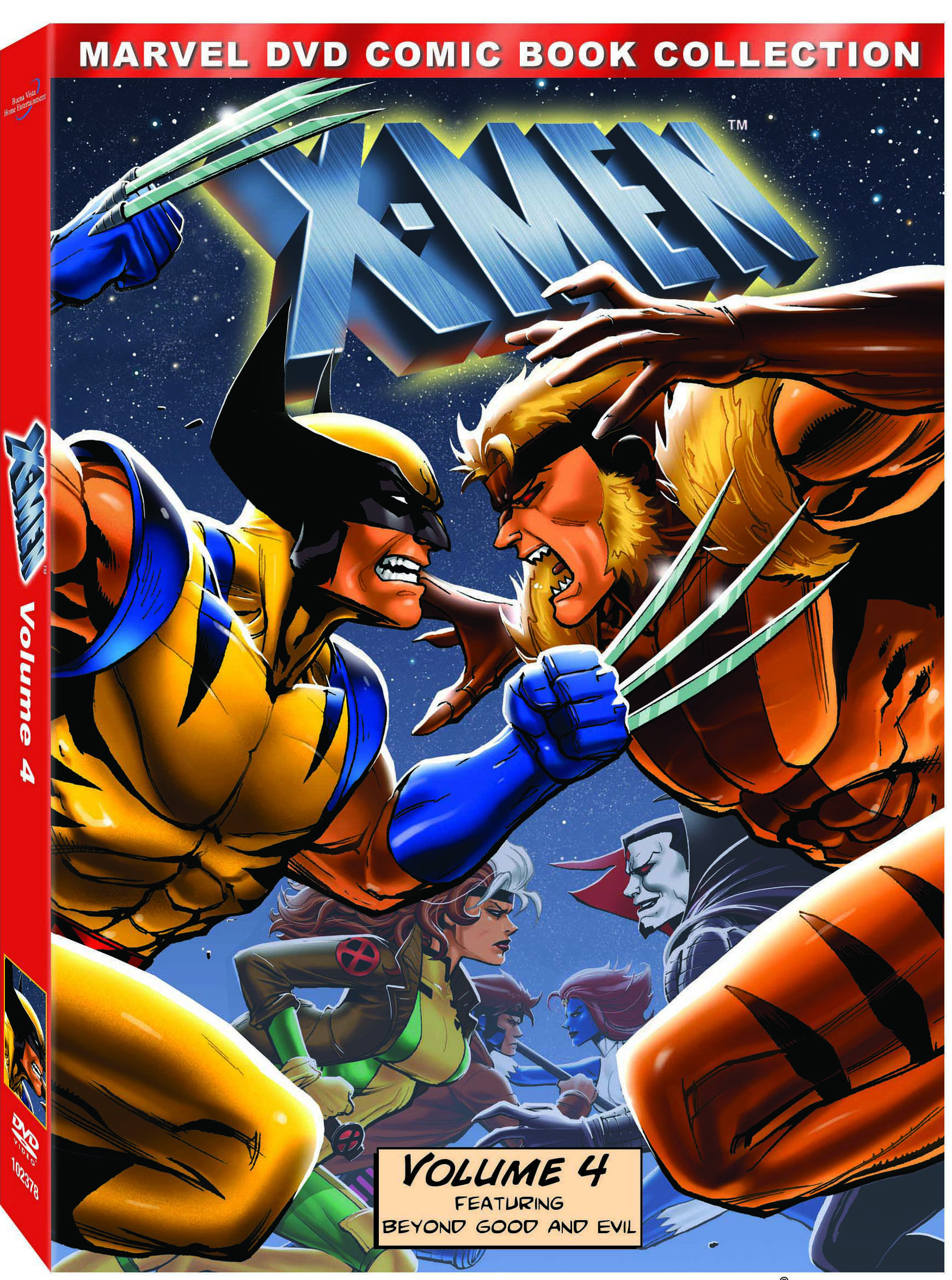 The collections contain the episodes in airdate order rather than the production order which results in some head scratching moments when the continuity doesn’t line-up. This is a real shame since BVHE had a chance to correct Fox’s error and give the fans a truly cool collection. Similarly, the discs come devoid of extras save trailers for other product.

The Dark Phoenix storyline deviates markedly from the comic so Jean’s corruption from the cosmic entity and Jason Wyngarde’s manipulation is far less subtle and rushed along. How the team reacts to her change and the ultimate resolution on the blue area of the Moon are closer to the comics but even so, Jean remains alive at the end and this doesn’t really work.

Nor does the “Beyond” storyline because like the comics of the day, it suffers from the everything-and-the-kitchen-sink approach, cramming in multiple timelines, multiple friends and foes and any shred of characterization is ignored in favor or running and blasting.

On the other hand, the episodes do get credit for attempting to keep the themes of alienation ever-present and tries to service each of the characters with personalities that were head and shoulders above the rest of animated fare from the era. It helps that so many of the storylines came from the comics so the efforts of Chris Claremont, Fabian Nicieza, Jim Lee, and others should be acknowledged. Nor did it hurt that Marvel’s EIC and former X-editor Bob Harras was a story consultant, which no doubt kept the scripts better than they could have been.

Still, I wish these were stronger efforts from character design to voice work to actual stories. They don’t hold up in the rewatching despite desperately hoping they’re as cool as viewers recall.