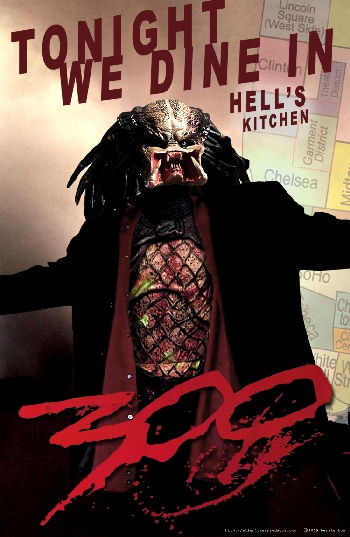 A quick tip of the hat to two Webcomics You Should Be Reading:

Monster Commute just celebrated a year and 267 strips online on September 15th, 2009. “While it’s not 10,000 pages or anything that grand, it is cool to have gone a year and and not missed any updates. It’s little, but it’s OUR little milestone” claimed artist/writer Daniel M. Davis. “I also invented the savory porcupine,” he said.

To mark this occasion, the LA band Puke and Spit has written and recorded the “Monster Commute theme song” which is being offered for free on www.monstercommute.com.

And speaking of monsters, Bernie Hou’s Alien Loves Predator has just hit a somewhat obvious milestone of its own.

Tags: LAWebcomics You Should Be Reading