Webcomics You Should Be Reading: “Garfield Minus Garfield”!

Howdy folks! We’re back here today to take a step into the post-modern… a step into the existential… a step into a parallel dimension. No, not the twilight zone. Today’s ‘Webcomic You Should Be Reading” is an experiment utilizing one of America’s most cherished cartoon characters. Who you ask? Why, it’s Jon Arbuckle, the would-be owner of an obese and lazy cat, named Garfield. We’re quite familiar with the Garfield strip, aren’t we? Since 1978, the world has been privvy to the the misadventures of this lazy fat cat and his awkward geek of an owner. Years later, an Irishman (Dan Walsh) took an idea shared by many, and gave it birth in webcomic form. Mr. Walsh graced the interwebs with Garfield Minus Garfield.

In a nut shell, take Jim Davis’ acclaimed comic, and remove the titular main character… What do you end up with? As Dan Walsh puts it… you get “…[the] reveal [of] the existential angst of a certain young Mr. Arbuckle. It is a journey deep into the mind of an isolated young everyman as he fights a losing battle agianst loneliness and depression in a quiet American suburb.” I just say you get to take a cherished comic, and make it a post-modern laugh fest.

Now, obviously enjoyment of the material comes with the knowledge of the source material. When “G-G” works, it works well. Minus his kitty companion (or really any other elements in the strips) Jon is sad, pathetic, and possibly schitzophrenic. Successive reading of multiple strips in a row only makes the joke funnier. But, when the majority of the strip leaves bookended blank panels… this fan grows quickly bored. Why? Well, the joke itself of removing that darn cat can make for some funny asides by Jon. Dramatic pauses add to the humor of most of these situations, but, in these strips in particular… it leaves a little too much to the imagination. Given the decades worth of material though, Walsh has plenty to work with, and there are plenty of funny re-imagined strips to present to we, the surly and overly critical internet population.

So what, pray-tell, does Mr. Jim Davis think of this Frankensteining of his most famous creation?

“The cartoonist calls the work “an inspired thing to do” and wishes to thank Walsh for enabling him to see another side of “Garfield.”. Better than that though, the garfield.com website even promotes the strip (and it’s new availability on our iPhones, for depression on-the-go! Suffice to say, it’s great to know in the day and age when so many get their panties all in a bunch… Jim Davis knows a good laugh when he sees one.

Some Gems To Ruminate On:

• From the Sublime…
• To the Ridiculous
• My parents were the same way.
• I mentioned the possibility of mental disease, right?
• Isn’t this by Robert Frost?
• Given the subject matter of this strip, is this breaking the fourth wall?
• Look up the song by They Might Be Giants… "Hopeless Bleak Despair".
• "Surgeon, Love Thyself."

Drama: By now, it’s obvious I don’t choose drama heavy material to present. Given the presentation of Jon Arbuckle’s crippling depression in this strip, well, it’s at very least sad to think about, no?

Continuity: If you take the “post-modern” elements of this strip into your account, there is a lot to mull over here. If you’re like me though, this is just a funny piece of photoshopping that makes me think Garfield was just a figment of Jon’s imagination.

Art: Ok, well, it’s Jim Davis artwork folks… our Irish “author” is merely a master of the clone stamp. Needless to say, Mr. Davis’ work is iconic, within the realm of ‘Sunday Funnies’.

Archive: Since February, 2008, scads of strips have been de-catted.

Updates: Seems these days, we’re getting 2-4 strips presented per week. Check in every now and again, and you’ll see another example why Jon Arbucle should buy a cat, or a dog, or something.

Risk/Reward: Truth be told…. there’s little need to “scour the archives” of this strip, per say… but taken for a ride every now and again, this little existential journey provides me with a sense that my life is far better than Muncie’s own Jonathan Q. Arbuckle. Proof in point? I have two cats. 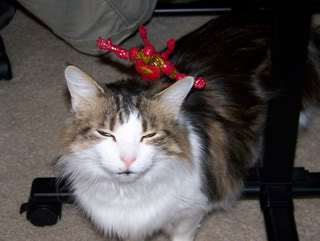 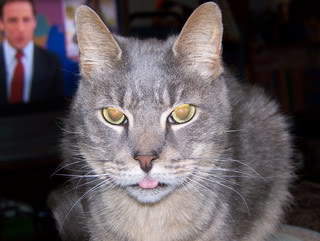 Tags: creationdramafanLookstripWebcomics You Should Be Reading