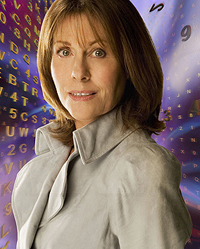 According to Doctor Who Magazine, the third series of the BBC’s Doctor Who spin-off The Sarah Jane Adventures will start up on Thursday October 15th.

This year the show will run twice weekly, on Thursdays and Fridays, and therefore conclude its 12-episode commitment in six weeks. The series runs two-part adventures, so one full “story” will run each week.

More significant, the two episodes which co-star (note: not cameo, but co-star) David Tennant as the Doctor will be broadcast right before Tennant’s remaining three Doctor Who specials.

So this is as good a place as any for ComicMix to bury the final line of dialog of Tennant’s final episode of Doctor Who. Therefore…

We have it on good
authority (Hiya, Richard Burton!) the
last scene will, as tradition demands, feature Matt Smith debuting as the 11th
Doctor. His sole line: “I am the Doctor… and you are the Daleks!”