Review: ‘Fringe’ Season One on DVD 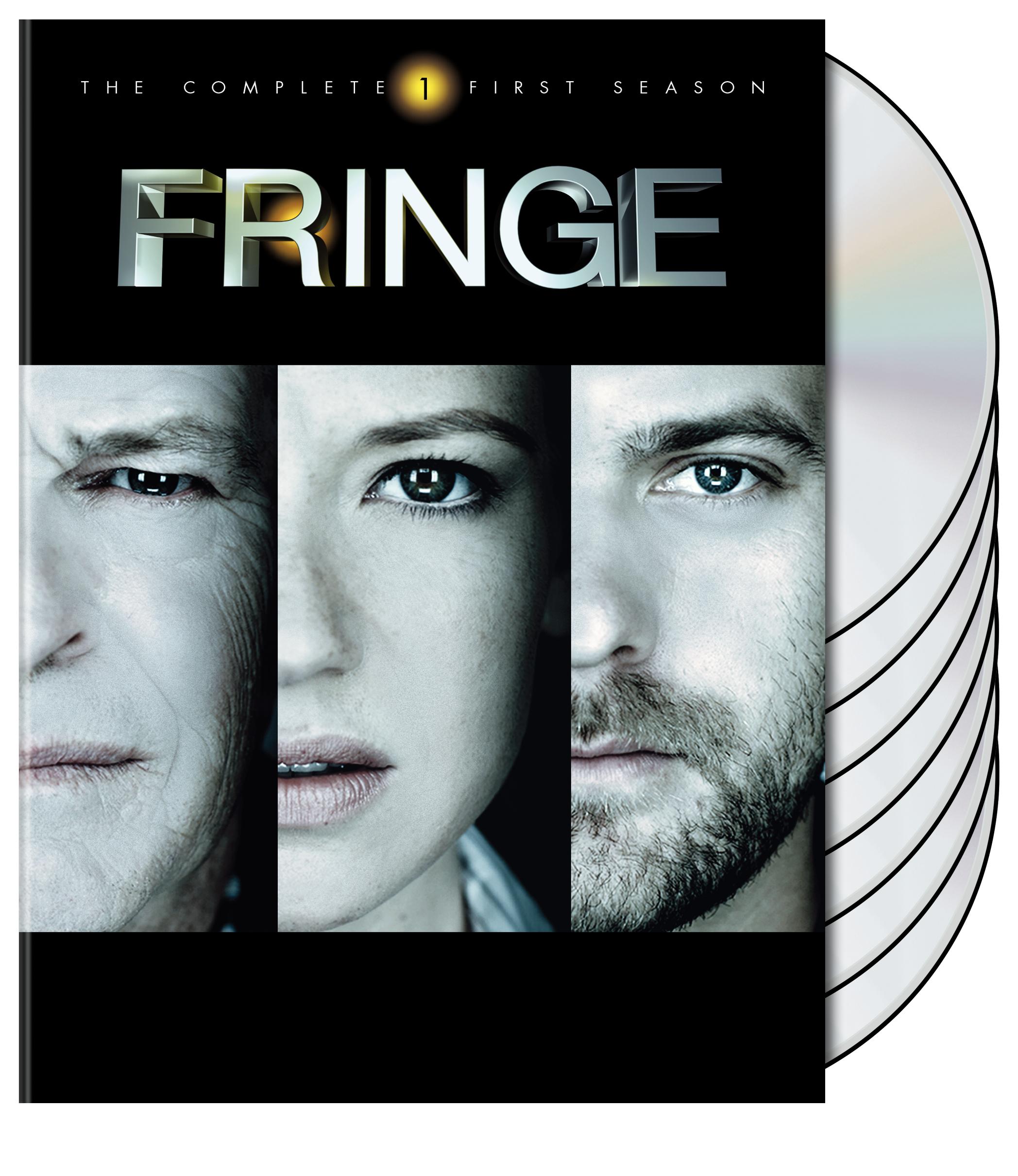 Convoluted television premises were the rage when Fox bought Fringe

from producers J.J. Abrams, Alex Kurtzman, Robert Orci, Bryan Burk and Jeff Pinker, but by the time it debuted last September audiences were wearying of being asked to follow so many complex serials. As a result, many shows began to wither and most died off. The Abrams’ mystique, though, aided by solid reviews, got enough people to try the show that it became a hit. The promise that the stories would be easier to follow and the mythology nowhere near as complex as his [[[Lost]]] seemed to be enough.

It didn’t hurt that [[[Fringe]]] also benefited from fewer commercials, leading to more minutes devoted to story and character.

The good news is that Fringe returns September 17 but the bad news is that the series reverts to the traditional network running time of about 41 minutes of story each hour. On the other hand, the first season comes out on DVD Tuesday so you have all of nine days to review or catch up. The following presumes you’ve been watching:

The creative team has nicely doled out bits and pieces of information
about the overall menace while spending a lot of time on the characters
and the episodic issues that need resolving most immediately. In almost
every case, they stem back to work done in the 1970s by the brilliant
Walter Bishop and his lab partner and colleague William Bell. As a
result, Bishop, freed from a seventeen year incarceration in a mental
institution often supplies the missing piece of the larger puzzle
although few episodes dealt entirely with the mythology.

Instead,
the series has focused on FBI agent Olivia Dunham, recently assigned to
the Fringe division of the FBI/homeland security. The move was made
despite her personal issues with the division chief, Broyles. When it’s
clear her first assignment requires Bishop’s knowledge, she convinces
Peter Bishop to help play caretaker to his father, despite their own
father/son issues. Aided by agent Farnsworth in the lab, the team sets
out to explore the very boundaries of where science meets fiction.

By
the time the first season ended, we finally understood that the random
manifestations of fringe science, what the FBI dubbed the Pattern, was
all part of a plan to prepare Earth for a potential invasion from a
parallel universe. Now, there’s a lot more to it, and the exact nature
of the threat remains to be learned but by learning that the AWOL Bell
has been living and working on the other side of space/time in the
final seconds of the first season has effectively blown up the doorway
for the mythos to take hold in the coming season.

The writing is
engaging and the shows bear up to rewatching despite the lessening of
the shocks now that you’ve seen them. Each script reminds you of the
human price being paid by the victims and families of the victims.

The
core characters are all well-constructed and well-rounded. We have
Olivia, who is a hard-as-nails agent but also a loving sister and aunt
which shows us she’s really human. Peter Bishop has never really fit in
so has been globe-trotting making friends and enemies along the way,
which will no doubt come back to haunt him. Walter Bishop is
rediscovering freedom and adjusting to the rapid advances that have
occurred during his incarceration. There’s also the issue that he has
to regularly deal with the guilt of knowing his efforts have caused so
much pain and suffering. Worse, it appears that Walter may have
breached the dimensional barrier years before, stealing the Peter from
that world when his own son died from illness at a young age –
something neither Olivia nor Peter knows.

Best of all, is the
ensemble cast headed by Australia’s Anna Torv. She nicely grounds
Olivia with healthy skepticism at the unfathomable but as the facts add
up, she also knows when to accept the bizarre reality before her.
Joshua Jackson does a nice job with Peter, who is struggling to form a
bond with his father for the first time. But the best bit of casting
has to be John Noble as Walter, who brings humor, grief, befuddlement,
and other emotions to play in every sentence. They work as a great
trio, ably supported by Lance Reddick, Kirk Acevado and Jasika Nicole.

The
seven-disc DVD set is rich with features, although most of them are too
short to be truly information. Taken together, they show you what goes
into making any episode of the series. There’s Deciphering the Scenes
after each of the 22 episodes, short featurettes about one unique
element in the production along with deleted scenes, a gag reel, and
features on Gene the Cow, Casting the Series, Shooting the Pilot, and
the Special Effects. What’s missing, though, is an examination or recap
of the mythology as it stands at the end of season one and how it
changed from inception to airdate.

Fringe is good, above-average television and if you haven’t seen it yet, now’s a good time to get on board.