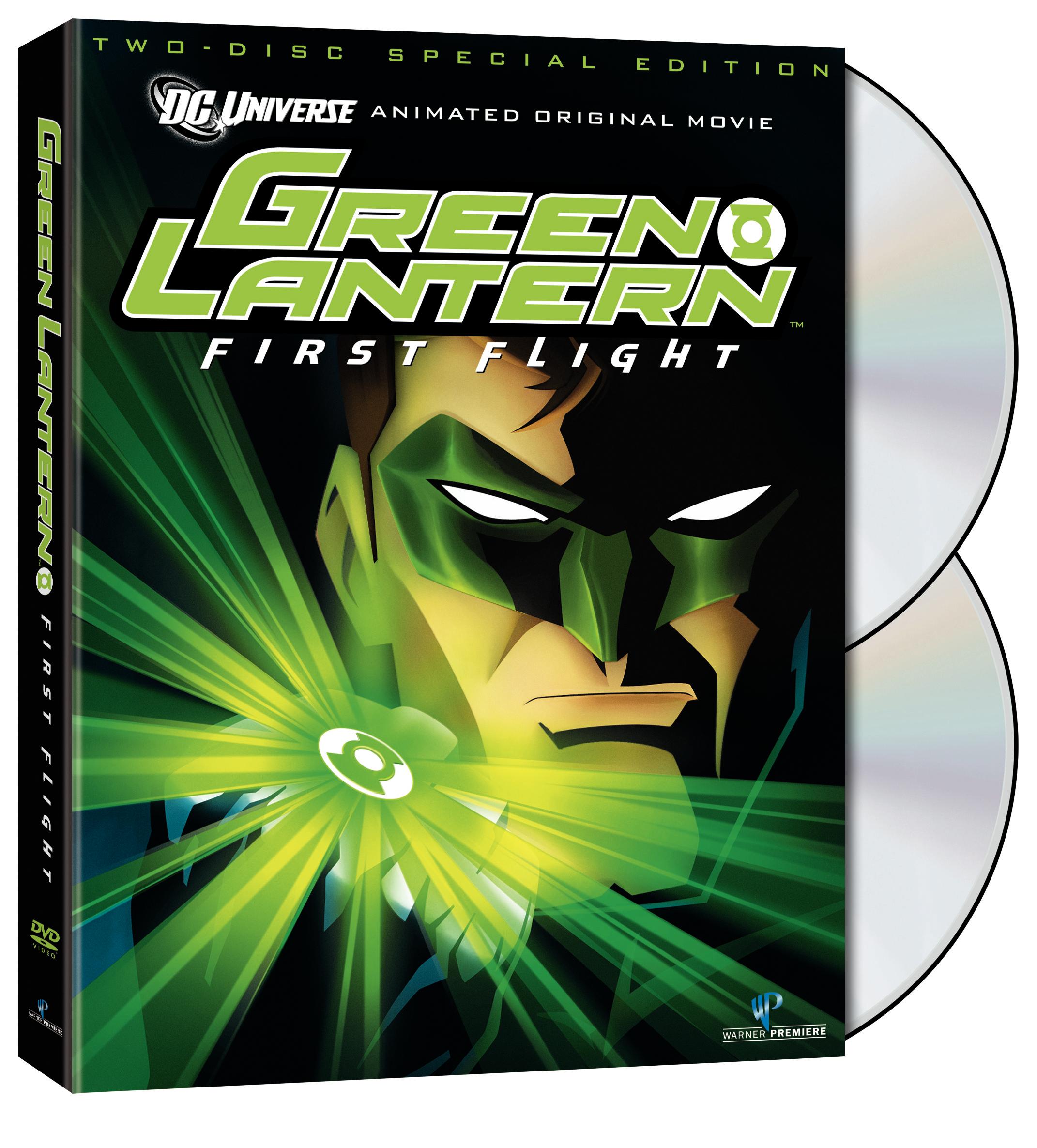 The care and attention to detail given the direct-to-DVD animated films based on DC Comics’ properties is evident. As a result, watching Green Lantern: First Flight

is a visual treat. Following the others in this line, it is entirely on its own and disconnected from any other video so casual watchers will not be burdened with tremendous amounts of continuity.

In fact, the script for this feature, premiering tonight at the San Diego Comic-Con and going on sale Tuesday, does a nice job of encapsulating the necessary backstory for the Guardians of the Universe and the Green Lantern Corps. The film moves along at a nice pace and with most of it taking place off planet, the animators have a terrific time designing locales, aliens, and interpreting the GLC from comics for the screen.  I can quibble and say that I wish the original Gil Kane design for Hal Jordan’s costume were used or that Abin Sur resembled his comic book counterpart but it’s all minor.

The story is a fresh take on Hal Jordan inheriting the power ring and joining the Corps. As adapted from the 1990s version, Sinestro shows up to act as his trainer and reveals his corruption, forcing the student to fight the teacher. On the other hand, in the comics, Sinestro (voiced nicely by Victor Garber) was so manic about instilling order; he first blurred and then stepped over the line between protector and dictator. In this film, Sinestro is just corrupt and dismissive of the Guardians.

The Guardians suffer in translation. Originally, they all appeared identical, based on Israel’s David Ben-Gurion, so they could act in concert. Here, they are more distinctive to the point of looking goofy. They used to be mostly omniscient but here are weak and flawed, annoyed that a flawed human received the great Abin Sur’s ring, forgetting the ring’s programming to seek out the most appropriate candidate. These living power batteries are mishandled and their influence diminished.

Perhaps the biggest change between the comics and the film is that the yellow power that Sinestro adopts is not taken from Parallax, the embodiment of fear, but is some unexplained substance that rivals the green energy the Guardians used for their Corps. It just exists and is nowhere near as dramatically compelling. Screenwriter Alan Burnett usually doesn’t make errors like this and it’s a shame it hurts the film’s impact.

Hal, who was very nicely handled in [[[New Frontier]]], is less an imposing figure here, despite Christopher Meloni’s solid voice work. He questions the Guardians, bonds with his fellow corpsmen, and does heroic work but doesn’t resonate as a hero or as the Greatest Green Lantern of them all. As a result, the film is nowhere near as powerful as it should be.

The two-disc DVD comes complete with feature trailers on the previous animated released along with an intriguing sneak peek at the next offering, September’s [[[Superman & Batman: Public Enemies]]]. A short featurette on [[[Blackest Night]]] is a nice teaser for the comic books. The second disc comes with a short chat with Geoff Johns about Green Lantern along with Johns and others talking about Sinestro and the Guardians. The GL-themed episode of [[[Duck Dodgers]]] is included along with a two-part [[[JL Unlimited]]] animated adventure.

Overall, it’s a nice package and worth a look but the lack of a strong lead character and stereotypical villain posturing robs the story of the potential power.

Here’s a four minute preview of the movie, via MTV SplashPage: