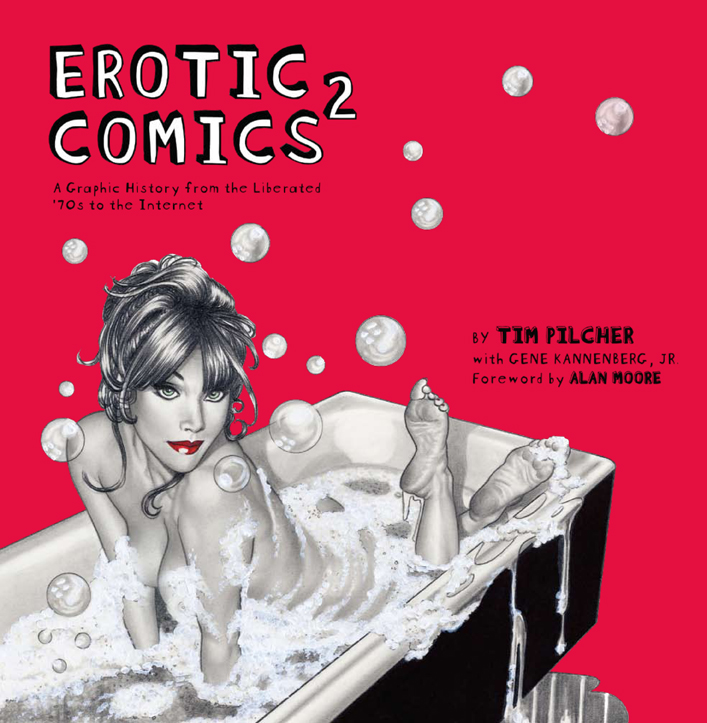 . The first volume, taking readers from the birth of graphic erotica to the underground comix explosion of the 1960s, was reviewed last summer and this spring saw the release of the second volume, which covers the 1970s through today.

Closing
the book with the digital age makes perfect sense and it’s interesting
to see the variety of style and technique employed using new tools. No
doubt, this will be an evolving area that will bear further examination
in the future.

While an eye-opening read, Pilcher could have
tried to tie the five sections together with some historic timeline so
we could get a better sense of which of these creators or titles were
occurring simultaneously. This way, we could watch the global evolution
of the field.

In his introduction, Alan Moore wrote, “If erotica
is to be taken seriously as a field, if it is to thrive and to develop,
then it must become discriminating and show that it has some sort of
standards; be something that we can still respect the morning after.”
Publishers around the world seem to understand this better than
America, where far too often anyone with cash for a printer has churned
out very poor porn, spoiling the field’s reputation and causing the
CBLDF unnecessary headaches. For now, though, this book can serve as a
sampler and a guide to get interested people started.