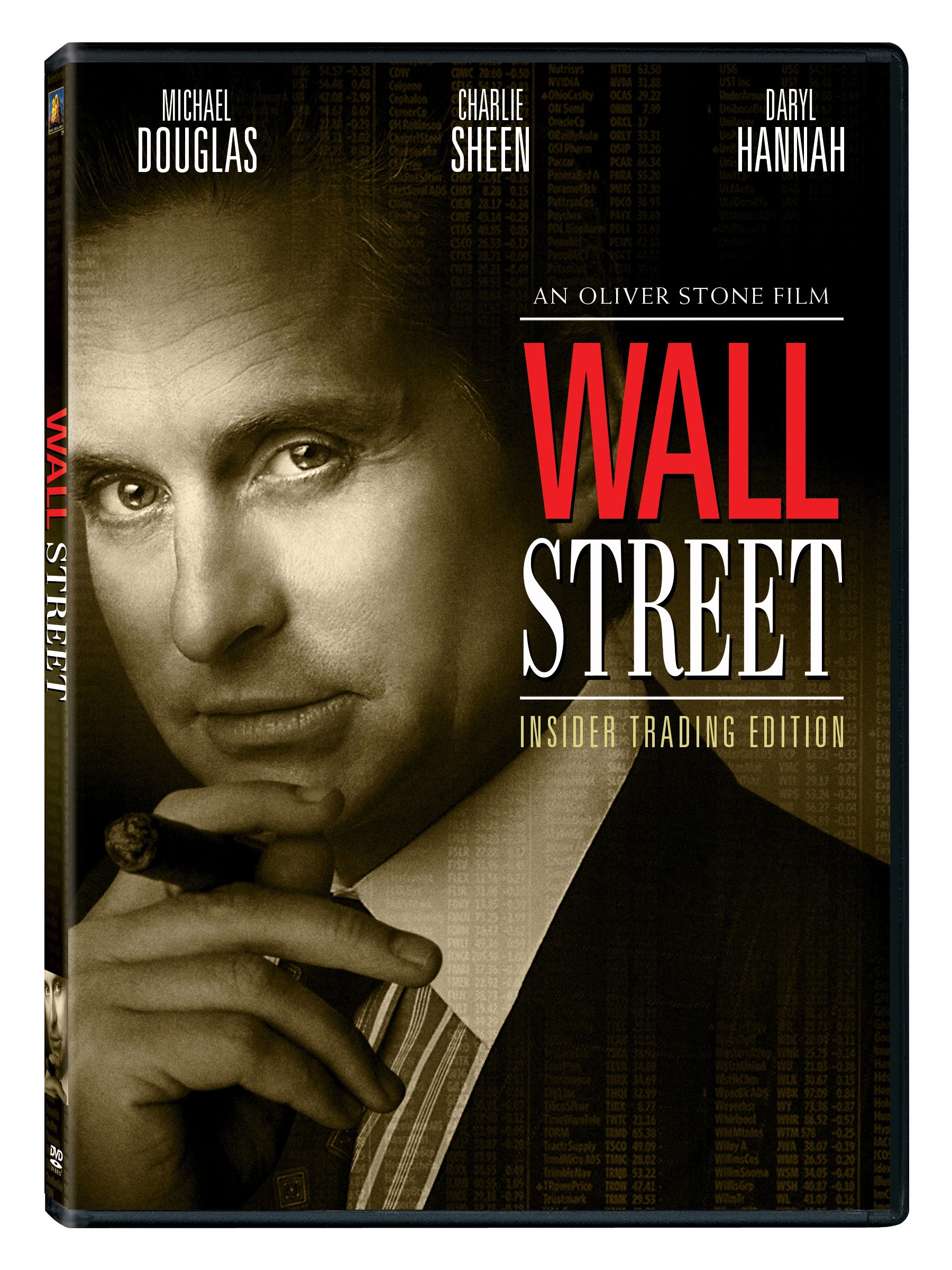 “Greed is good” and “Lunch is for wimps” became the two catch phrases that helped turn Oliver Stone’s [[[Wall Street]]] into a smash hit. The feature film also debuted at just the perfect moment as Wall Street blazed across the headlines with a serious financial collapse. The film cemented Michael Douglas as the leading man of the decade and gave us a stellar cast of newcomers, most of who have gone on to do other good work.

In time for the unexpected sequel [[[Wall Street: Money Never Sleeps]]], 20th Century Fox Home Entertainment has released [[[Wall Street: Insider Trading Edition]]] and it’s a greedy cash grab without delivering the ultimate edition for fans. Several features found on the standard DVD, 20th anniversary edition, and the Blu-ray release are absent, which is a shame since “Greed is Good”, the nearly one hour documentary is worth seeing.

On this standard DVD set, you get the complete film on the first disc (with Stone’s so-so commentary track) while the second has the Fact Exchange, which is the entire film with a bonus trivia track. There is a constant running commentary placing musical cue and cultural references into perspective. After all, newcomers today may not recognize the early reference to former baseball slugger Dave Winfield. So, this is a nice, welcome addition.

We don’t get the deleted scenes or “Money Never Sleeps: The Making of Wall Street” but do get a trailer for the new film, [[[Wall Street: Money Never Sleeps]]] – A Conversation and “Fox Movie Channel Presents: Fox Legacy with Tom Rothman”. These are fine but are aimed at the new film so the featurettes that help explain why the original is so well-regarded should have been here.

Wall Street depicts an energetic New York City, filled with rich and fashionable and those desiring to be rich and fashionable. The offices of Gordon Gecko are sleek and scream money as does his home and suits. He is knowledgeable, charismatic, and cut-throat, typical of a class of businessmen Tom Wolfe called “Masters of the Universe”. His stratospheric career is enticing to young account exec Bud Fox (Charlie Sheen) who allows himself to compromise his morals and principles just to breathe the same air as Gecko. In so doing, he uses insider information from his dad (Martin Sheen), a 24 year veteran mechanic for a small airline. Dad is centered and content with his place in the world, always having a few bucks to lend his constantly strapped son, who is never content. Gecko and Fox the Elder are competing father figures with Bud lost between them.

Gecko has his own rival in a fellow ruthless wheeler and dealer, coolly played by Terence Stamp. Their enmity plays out across the film and while they say its just business, it’s also clearly personal. Stone plays with the characters and the Wall Street business world with verve, drawing from his experience of watching his father survive in the financial sector. The film is filled with actors such as James Spader, John C. McGinley, Saul Rubinek and others who have gone on to their own fame and fortune. On the other hand, this was one of the final strong roles for Daryl Hannah before she withdrew from an active acting career.

While the film is well-worth watching, owning yet another version is not called for. The $14.98 list price, though, makes this worth investing to fill the void in your library.