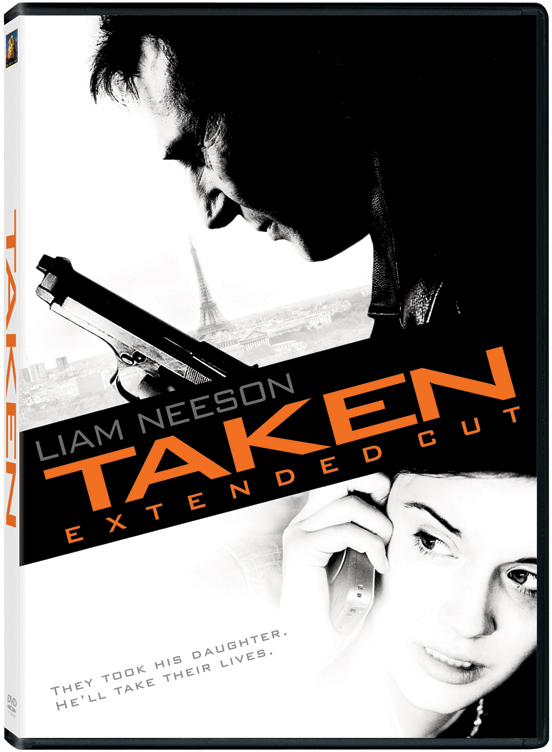 No one knew what to make of Taken

when it opened in late January and the film garnered largely positive reviews but as the winter dragged on, the Liam Neeson action film took in more and more money. As it hits DVD, the global box office take stands at a robust $220,789,777 and was the feel good movie of the season.

The movie, though, is thoroughly predictable. Liam’s 17-year-old daughter goes to France with a pal and immediately gets kidnapped by a white slavery ring. Former Special Forces (or whatever) Dad flies over and is told he has a mere 96 hours to find her of she vanishes forever. So, we know there will be mayhem, the clock will tick down and he will save her. It’s a modern day Charles Bronson flick. I get that.

The trick is to make the journey an enjoyable one and frankly, it’s so standard that there’s little to be entertained by. Fights, car chases, double-crossing people, been there, seen that.

Neeson is not your first thought as an action star, [[[Star Wars]]]  not withstanding. He’s more the everyman and he wrings your sympathy and you cheer to see him in action, regardless of the predictable outcome.

What would have been a lot more interesting would have been to show us two points of views, not just Liam Neeson’s. The most original thing in the film is the moment he tells her she will in fact be kidnapped. From that point, it would have interesting to see parallel tracks – while Liam Neeson sought his daughter throughout Paris; we also see what Maggie Grace as the daughter had to endure. As it stands, she appears to be the only one who was not drugged, not sold right into street prostitution and by happenstance, the sole virgin capping off an auction for international clientele. That makes her a little too precious and frankly, would have given Grace, a capable actress if too old for the role, something to do other than look terrified or cry.

In fact, other than Neeson, no one is given much of anything to do or so say to round out the story and show us the world Neeson thought he left behind.

Cowritten by Luc Besson ([[[The Professional]]]) and Robert Mark Kamen ([[[The Transporter]]] films), the film felt on autopilot from beginning to end. And with 96 hours to accomplish his task, we’re never given a good sense of when Neeson sleeps, eats, or actually rests. Sure, he’s driven, but he can’t be at his peak for that length of time and the story avoids the issue entirely, a common problem with stories like these. Pierre Morel directs with a nice attention to detail and setting, getting a good, smoldering performance from Neeson but everything else looked pretty much like his Transporter.

The movie comes in the release edition and an extended version that amplified the violence here and there but adds nothing to the story and barely three minutes to running time. The extras are perfunctory with Le “Making Of” featuring everyone gushing over how wonderful everyone else was. The Inside Action: Side by Side Comparisons of six sequences is more interesting.

The stars and crew are all capable of so much more; the overall product is a lackluster affair.