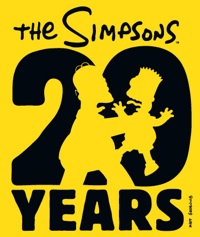 * The Simpsons are ramping up for their 20th Anniversary. Yes, you really are that old.

* J. Steven York finds a picture of a new species of flying Beetle.

* Ever wonder what Schroder was actually playing in the strips? It really was Beethoven.

* Whoopi Goldberg has returned to acting, working for a new SF/horror series run by our friends at FEAR.net.