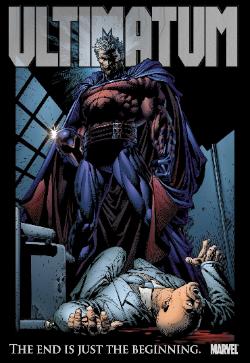 Marvel Comics this morning released a second teaser image timed to the impending release this month of Ultimatum #2, the miniseries that will destroy and rebuild the Ultimate line of titles.