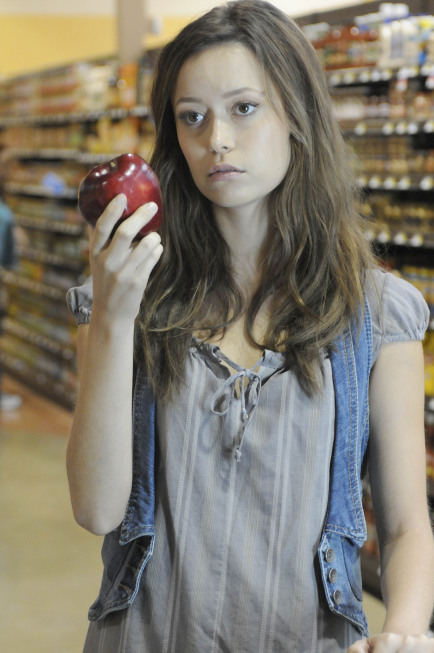 This Week’s Operation: “Alison from Palmdale”

Cameron, whose been malfunctioning lately, goes amnesiac in a grocery store while having strange visions of the future. A woman identical to her in the future, named Alison Young, is captured by Terminators and interrogated about the whereabouts of John Connor. Eventually, Alison comes into contact with Cameron, who is trying to infiltrate John’s rebel camp. When it becomes clear that Alison won’t comply, Cameron breaks her neck.

In the present, Cameron begins to think that her name is Alison from Palmdale, California. She’s befriended by a troubled girl named Jody, who takes her to a halfway house. Cameron calls Claire Young, Alison’s mother, but she’s actually still pregnant. Later, Cameron leaves the halfway house with Jody, where John finds her and tells her what she really is: a killer robot from the frickin’ future. Cameron realigns her identity, but still decides to run away with Jody. They break into a home which turns out to be Jody’s, and Cameron realizes that Jody was going to leave her behind for the cops to take the blame. John shows up just in time to prevent Cameron from killing Jody. As they’re driving home, Cameron lies to John about a necklace she got from Jody, implying that her malfunctioning days are far from over.

When Cameron emerged from a car explosion with nothing but a few scratches and a brief brain scrambling earlier this season, it felt like writers on [[[Terminator: The Sarah Connor Chronicles]]] were copping out on last season’s cliffhanger. Since then, Cameron’s acted twitchy here and there, but it’s finally culminated in one big case of android amnesia in the most recent episode, “Alison from Palmdale.”

The biggest complaint from last week’s episode was the lack of focus on characters that, well, matter. This episode addressed that problem in spades. It’s a Cameron heavy episode, something that was desperately called for, and it featured some of the finest acting seen on this show period. Summer Glau’s portrayal of Alison Young was equal parts heart-breaking and empowered, all the while completely riveting. It’s a shame that she doesn’t have the opportunity to emote this much during her regular performances as Cameron. The ending does indicate that Cameron’s identity crisis is hardly resolved, which will hopefully lead to even more wonderful performances from Glau in the future.

Some might have been bored by Sarah’s plot line in this episode, but it was a nice change of pace for her character. Specifically, her focusing on deceased ex-lover Kyle Reese was a welcome surprise. Her line that Kyle was “right there with me” during John’s birth was delivered quite well, and was a solid nod to fans of the [[[Terminator]]] franchise. Wouldn’t it be something if Kyle and Sarah were to meet up again somewhere down the line? Hmm… 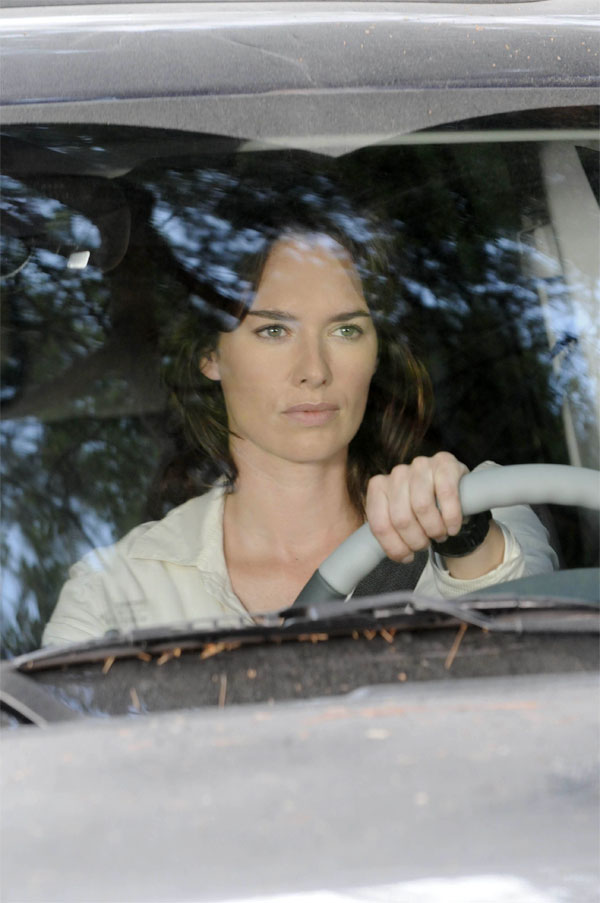 The Catherine Weaver plot gets a small boost this episode when James Ellison finally agrees to join her company. Catherine, who we know to be a Terminator, has stimulating philosophical debates with Ellison that are out of character for a synthetic being. Perhaps most interesting is the fact that Weaver has a daughter, Savannah. What a cute little girl! Too bad she’s most likely yet another killer robot in disguise. Although, given that both Cameron and Cromartie stole their likenesses from actual people, it’s not out of the realm of possibility that Catherine has done the same. In that case, we feel even worse for poor Savannah!

Although an overall excellent episode, the problem remains that this season’s plot isn’t progressing fast enough. In terms of character centric episodes, this was a vast improvement on last week’s “The Mousetrap.” Still, it’d be nice to have a clear sense of where the season is heading. That could be accomplished with a sharper focus on the Zeira Corp plot line, perhaps by tying the Connors into the fold. There’s also the case of the blood-written messages on the basement wall that still needs explaining. With plenty of mysteries abound, maybe the biggest mystery is why Terminator isn’t moving at a deadlier pace.

As a standalone episode, “Alison from Palmdale” stands out as one of the series’ best. Summer Glau gives an enthralling performance that proves her mettle beyond the metal. The one downside is that, given previous installments, this episode could have propelled the season’s direction forward just a bit more.

From Fox: “John and Derek infiltrate a military academy in order to protect an integral member of the future resistance. Meanwhile, Weaver’s first assignment for Ellison takes an interesting turn of events when he discovers a specter from his own past.”