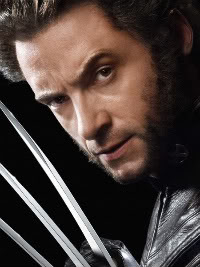 Fans already had seen quite a lot at Twentieth Century Fox’s Comic-Con panel — getting early peeks and cast Q&As from The Day the Earth Stood Still and Max Payne — when they got quite a surprise from a man with wicked sideburns.

Fresh off a plane from Australia, Hugh Jackman snuck in to announce that shooting had just wrapped on X-Men Origins: Wolverine, and to unveil a clip from the movie. Newsarama has the details, including the big reveal that Gambit will show up in the film.

“I’ve been waiting to bring Wolverine to Comic-Con for years,” Jackman said. “I owe you guys my career.” He pointed out that the three X-Men movies never did huge presentations at SDCC for one reason or another and said there was no way he would miss it this time around.

Jackman then earned huge points with the gathering by not only lavishing praise on Wolverine co-creator Len Wein, and then ran offstage to shake Wein’s hand, who was sitting up front. Is it any wonder fanboys love this guy?

Jackman told Wein “thank you for creating this character. It made my career,” he said.

The Aussie actor talked about the film being action-packed and bad ass, and said to expect ‘lots of berserker rage in this one.’