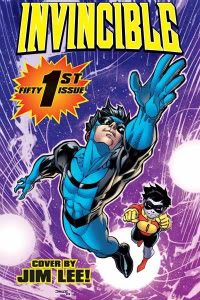 The summer of change continues for Image Comics. Earlier, Erik Larsen stepped down as publisher, turning the reins over to Eric Stephenson. And now Robert Kirkman has signed on as a partner at the company.

The New York Times has a story on this latest development in today’s Books section.

And this week at Comic-Con International in San Diego, Image Comics will announce that Mr. Kirkman is becoming its newest partner. Under the company’s structure, partners profit mainly from their own work but also have a say in what will be published.

This was rumored yesterday in Rich Johnston’s Lying in the Gutters, and Johnston also mentioned other big changes that could be afoot at Image, including offering page rates on certain projects by star creators.

Expect to hear more out of Comic-Con.