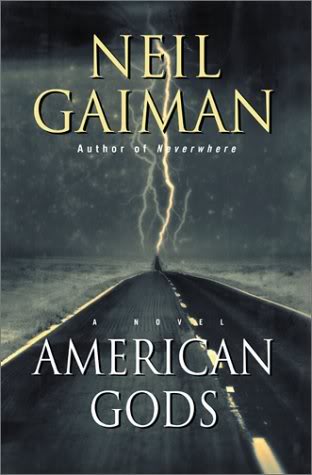 You may recall a while back that Harper Collins did a special promotion where Neil Gaiman’s American Gods novel was available to read online for free.

Gaiman relays an e-mail from the publisher that gives some mixed results, which mirror the concerns given by ComicMix’s own Rick Marshall. From the e-mail:

The Browse Inside Full Access promotion of American Gods drove 85 thousand visitors to our site to view 3.8 Million pages of the book (an average of 46 pages per person). On average, visitors spent over 15 minutes reading the book.

The Indies [ie. independent booksellers — Neil] are the only sales channel where we have confidence that incremental sales were driven by this promotion. In the Bookscan data reported for Independents we see a marked increase in weekly sales across all of Neil’s books, not just American Gods during the time of the contest and promotion. Following the promotion, sales returned to pre-promotion levels.

Through an online survey, we know that 44% of fans enjoyed this browsing experience and 56% did not. Some of Neil’s fans expressed frustration with the Browse Inside tool for reading through a whole book. (This poor result is partially due to two problems which were fixed soon after the initial launch – mistaken redirect to the Flash-based reader and slow image load time)

The main concerns of those who didn’t like the browsing centered on the difficulties of online reading, from lack of bookmarks to too much scrolling.