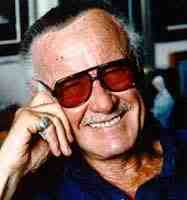 Some diligent journalist needs to jump in and write a book about the ongoing fight for the rights to Stan Lee’s Marvel creations, because it becomes a little more bizarre every day.

The case is essentially between Stan Lee Media and its shareholders, who are collectively filing suit against Marvel and Stan Lee, saying they conspired to keep the rights to Lee’s creations from Stan Lee Media.

Sound confusing? Barron’s has a good breakdown of how this all came to be.

In short, Lee assigned his rights to Stan Lee Media, the failed dotcom that’s now run by Peter Paul, who wants the company to assert those rights over the many characters that have boosted Marvel’s fortunes through comics and movies.

Paul is saying that Lee left Stan Lee Media, and conspired with Bill Clinton (yes, that Bill Clinton) to break business promises made to Paul.

Paul is throwing corruption allegations against Clinton in a California suit, which is ongoing. For what it’s worth, Paul recently ran afoul of the SEC, which is also covered in that last link, from World Net Daily.