The Comics-to-Film Review: How ‘Iron Man’ Matches Up 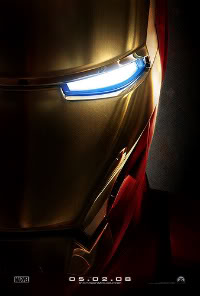 If you read fellow ComicMixologist Matt Raub’s review of Iron Man, you already know the new Marvel Studios movie is a relentless blast of entertainment. Even for those who’ve never picked up an [[[Iron Man]]] comic, it’s a top-rate summer film.

But there are also those of us who have picked up an issue (or a few hundred) of Iron Man over the years, and for us the movie is a different experience, as we can’t help but compare and contrast it to the comics that have come before. So, in that respect, how does the film hold up?

Tony Stark is the place to start, as he’s always been the real draw of any Iron Man tale (though the costume is plenty cool). In the comics, Stark is a calculating man both as a hero and in the business world. He enjoys his wealth at times, but is more taskmaster than playboy.

Robert Downey Jr.’s take on the character is much more like the raconteur persona that Bruce Wayne takes on, only for the movie version of Stark, it’s no act. Much like Johnny Depp in Pirates of the Caribbean

, Downey Jr. offers a weird riff on his role that’s entirely new and impossible not to enjoy. Count that as a win for the film.

The film’s plot, meanwhile, is essentially an updating of the classic Iron Man origin story, and the modernization is handled quite well. There’s nothing directly lifted from the comics, and instead the comic references come in an array of winks and nods (S.H.I.E.L.D., War Machine, Nick Fury, Tony’s drinking, etc).

My main problem with the movie is a fault it shares with the comics, in how the plot tries to incorporate real-world issues without really delving into them. Comic books regularly feature stories set in vague, war-torn countries in the Middle East, and the Iron Man film follows suit with its shallow usage of terrorism and Afghanistan.

But those are forgivable defects, and Iron Man easily makes a successful transition from page to screen, thanks to a director and cast that know what elements to take from the books, and which to leave behind.