Cartoonists Of The World Unite, by Dennis O’Neil 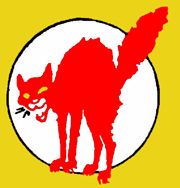 The television and movie Writers Guild strike lurches into its ninth week. If it goes on much longer, we may be doomed to even more staged “reality” and contest shows. Might be a good time to rekindle a book reading habit.
I’ve heard grumbling from folk who work that side of the street to the effect that the strike could have been better managed. Although I’m technically a member of the Guild, I don’t have an opinion – about the strike, that is. Two years ago, I was told that since I hadn’t done any United States television work for a decade, I was being put on retired status, which means, I think, that I can still benefit from the Guild’s services, but I don’t have to pay dues or have my mail box filled with notices of seminars and other industry events.
All fine with me.
About the Guild, as separate from the strike, I do have an opinion. I think the Guild is a noble organization, one that does exactly what a union should do, and no more. It collectively bargains, it protects members’ rights; it offers education and retirement benefits. And membership costs are more than reasonable. The current disagreement is over whether/how much writers should benefit from ancillary use of their stuff, mostly new media and computer related. I can imagine no sane reason why writers should not get such benefits, but I admit to bias.
In short: the Guild has flaws, but it’s the best deal our film and tube brethren have.
I only wish we comics people had an equivalent. Comics’ work is done mostly by freelancers and as of this writing, they have precious little help doing the things the Guild does for their electronic colleagues. Some years ago, it looked like that might change when a bunch of writers and artists created The Academy of Comic Book Arts: acronymically, ACBA. For a while, ACBA was a happening group. Most notably, it sponsored a yearly awards ceremony, at the time virtually the only venue in which fellow professionals could recognize exceptional work.
But as a collective bargainer, ACBA was pretty much a bust, doomed from the beginning because the publishers were part of it. In fact, some of the early meetings were held in one publisher’s apartment. I don’t recall how much of ACBA’s original mission statement had to do with getting benefits for the membership. Maybe not much, and if that’s the case, too bad. We needed help then. We still need help.
But comic bookers are among the last of the true loners. Writers, particularly, seem to resist organizing.Hell, if I wanted to mingle with other humans, I wouldn’t have chosen a profession that closets me alone in a room for most of my working life…
Maybe we’re fiercely independent, and to be admired for so being, or maybe we’re crazy. In either case, maybe we should be following the example of the Guild, and changing a little bit of our act.
But don’t expect anything from me. I hate meetings.
RECOMMENDED READING: The Uses of Enchantment: The Meaning and Importance of Fairy Tales

Dennis O’Neil is an award-winning editor and writer of Batman, The Question, Iron Man, Green Lantern, Green Arrow, and The Shadow – among many others – as well as many novels, stories and articles. The Question: Zen and Violence, reprinting the first six issues of his classic series with artist Denys Cowan, is on sale right now, and the second volume, Poisoned Ground, will be on sale April 30.