DENNIS O’NEIL: Dick gets his due 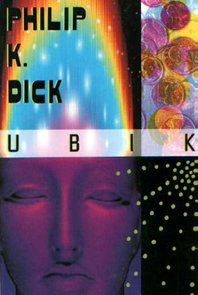 Back in the halcyon Sixties, when respectability was but a distant glimmer on science fiction’s horizon (and comics were still mired in disrepute), the editor of an SF magazine asked me to review a novel by Philip K. Dick. It wasn’t my first encounter with Mr. Dick; back in St. Louis, before I’d migrated east and gotten into the funny book racket, I’d read a roommate’s copy of Man in the High Castle and found it interesting. I told the editor, sure, be happy to. The book was Galactic Pot Healer. I didn’t like it and wrote the review accordingly.

That doesn’t quite end the story. The review never got into print. It may have been a lousy review – hey, nobody’s perfect – or the fact that the editor was friendly with Mr. Dick may have influenced his decision. No big deal either way,

Cut to a decade or so later: I am in Southern California on a mission for Marvel Comics and I have run out of things to read, and for some reason, there are no places to buy books nearby, and our expense allowances for this particular jaunt do not include car rental. Oh, woe! What is a print junkie to do? Then my fellow Marvel editor and friend Mark Gruenwald comes to the rescue with a copy of Valis, by a writer I knew I didn’t like, the same guy who’d perpetrated Galactic Pot Healer. But a writer I didn’t like is better than no writer at all – remember, I’m a print junkie – and besides Mark, whose acumen I respect, recommends him. I take Mark’s copy of Valis to my room…

And have that rare and wonderful experience of finding what I hadn’t known I was looking for. Dick was writing a kind of fiction unlike any I’d ever encountered – a fiction that dealt with the malleability of reality, the impossibilities of accurate perception, the questions of personal identity and its place in a large context.

I enrolled in the Philip K. Dick Society and delved into the author’s 44 title backlist.

A year ago, someone who shares my DNA found that tattered copy of Galactic Pot Healer on a bookshelf somewhere and I reread it. I can see why I panned it 40 years ago. The writing is only okay, the plot not terribly engaging. But mostly, the book doesn’t deliver what I think I wanted from science fiction in those days, which was closer to space opera than the introspective, sui generis stuff Dick was doing. But in my new capacity as an Ancient, whose tastes have changed somewhat, I could and did enjoy it. It will never be on my Top 10 list, but I don’t regret having experienced it.

I now know that Dick wrote what was labeled “science fiction” only because nobody, maybe including Dick himself, knew what else to call it. Writing in a genre meant that folks who fancied themselves capital L-Literary would not notice the work, and may not have been able to judge its worth if they had. Back then, the rule of thumb was If it’s good it can’t be science fiction. So Dick’s brilliantly original novels were largely ignored during his lifetime.

His reputation has gradually brightened over the years because, among other reasons, his work has inspired a lot of movies, from Blade Runner, completed shortly after his death in 1982, to Next, which I saw last weekend. Now, The Establishment, in the person of the guys who run the Library of America

, have further anointed Mr. Dick by bringing out an edition of four of his novels to be offered alongside productions from Twain, Hawthorne, Melville…you know, the gents whose yarns get assigned in Lit. classes. The Dick collection is edited by the increasingly ubiquitous Jonathan Lethem, which, as far as I’m concerned, is icing on the cake.

The novels in the collection are Do Androids Dream of Electric Sheep?

(which became the basis for the aforementioned Blade Runner

), The Man in the High Castle

, The Three Stigmata of Palmer Eldritch

would do for this week’s Recommended Reading.