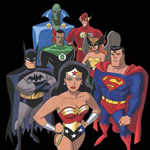 Step-sister site Cinematical (say that three times fast) reports on the rumor that the next Superman film may be put on the shelf for a while to make way for Brandon Routh appearing in the Justice League film. "According to Moviehole (who have some pretty good inside studio sources), the highly-anticipated Superman Returns sequel (currently titled The Man of Steel) might be placed into turnaround so that Brandon Routh (and the Superman character) can be used in the upcoming Justice League flick instead."

Well, now. That’s one way to make the merchandising people happy. And with Wonder Woman already delayed, this could solve a few problems at WB.