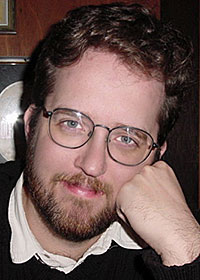 I’ve been kicking around these ideas around for a while but never codified them until Jim Henley wrote his famous blogposts and essay on the Literature of Ideas. Henley’s thesis boils down to “If science fiction is the literature of ideas, the superhero story is the literature of ethics. Or say, rather, it should be.”

Now for the backstory. This isn’t verbatim, but as I know and at least briefly worked with all the people here, I suspect it’s pretty close.

In the early 1970’s, the late great Julius Schwartz took over editorial duties on the Superman comics line from Mort Weisinger. Julie hired Dennis O’Neil to write the series, and O’Neil knocked Superman’s power levels down to about the level of his earliest appearances — no heat vision, no x-ray vision, no super-breath, no flying through space unaided, and so on. O’Neil was quoted saying that the reason for the change was that he found it difficult and/or uninteresting “to write about a character who could destroy distant galaxies by listening hard.”

O’Neil’s tenure on Superman lasted for about a year, and then the reins were handed over to Elliot S. Maggin. Elliot bumped Superman’s power levels back up to where they were, and approached writing Superman this way: if you have a character who can do anything, the only story avenues left to you are ethical ones. But in this area, there’s a lot of ground: “What was Superman’s relationship to his charges, the people of the Earth? To the authoritative functionaries of the rest of the Universe like the Guardians and, by extension, those who might be considered deities? What were the limits of Superman’s responsibilities? Were there differences between the real limits of his responsibilities and his perception of those responsibilities? What role did his heritage, both on Earth and among the stars, play in the determination of his actions? What long-term effects were coming about as a result of his intercession?”

And most important, in this day and age, we’re all pretty dang powerful. Quoting Maggin again:

Look at the way we live: traveling over the Earth at astounding speeds with unimaginable ease; communicating instantly at will with people in the farthest corners of the globe; engineering economies, driving environmental forces, working wonders. If a person from only a hundred years or so in the past could look in on our lives, that person would suppose that we were not mortals, but gods. He would be bowled over by what the most ordinary among us could do with a car or a light switch or an automatic teller machine. This is the way many of us have always looked upon our super-heroes – as though they were gods. Our person from a lost century would be wrong about us, of course, but no more wrong than we are about our heroes.

The important lesson is this: ethical dilemmas do not disappear just because you have more power or less power – they only change, and not even that much.

Metaphors are real. That is why the Scriptures are composed not only of the proverbs and prophecies that Pastor McCay, in the pages that follow, spouts in involuntary reflex; but that is why those Scriptures surround and embrace those pronouncements in stories — the allegories and metaphors -– that teach us our values. Here before you is a clash of good against evil, of course, but more than that. There are clashes of judgement, clashes among different interpretations of what is good and of what is justice, and clashes over who is to suffer the wages of the evil born of our best intentions. This is a love story. This is a story of hatred and rage. This is the Iliad. This is the story of how we -– we ourselves; you and I – choose to use whatever special powers and abilities we have, when even those powers and abilities are only a little bit beyond those of mortal men. This is a story about truth obscured, justice deferred and the American way distored in the hands of petty semanticists. Super-hero stories – whether their vehicle is though comic books or otherwise – are today the most coherent manifestation of the popular unconscious. They’re stories not about gods, but about the way humans wish themselves to be; ought, in fact, to be.

Now, how does this apply to storytelling?

One of the things that drives me nuts about most fantasy novels, and a problem that I discovered when first writing Star Trek stories, is that any story that you can technobabble your way into to, or technobabble your way out of, is inherently boring. It’s make believe. There’s absolutely no tension, the writer will wave his wand and make everything come out. There’s nothing to resolve.

By contrast, any story with an ethical dilemma – what do you do and why? – has interest. Think about all the stories that haunt you, and you’ll find that there’s often a choice that’s presented in the story, and you revisit the story because the dilemma is still not fully resolved in your own head.

And, I suspect that’s what’s ticking a lot of people off about Civil War. It’s that people made bad ethical decisions. Not just people like Tony Stark, who’s got a list of bad and questionable calls as long as your arm, starting with building land mines as a defense contractor to his creation of the Illuminati to his Civil War actions, and yet he’s looked on by many people as the good guy in the conflict. Or the winner, which to many people equals “good guy”.

And Captain America? He’s looked upon as a traitor because of what he sees as an infringement on our civil liberties. And we’re willing to let them go in the hopes that we’ll be safe.

Aha. There’s the rub. We’re willing. We, the audience, are being asked to agree with an ethical decision in the books. And that’s the problem — I think that most of the audience doesn’t agree.

Cap’s last words before his arrest in Civil War #7 is that his side was winning everything except the argument. And that simply isn’t true.

If ever there was a case to be made for a 900-number to vote on how the story ended, this was it. Because it was asking for the audience to decide – and Millar and Marvel misread their audience. Instead, it was the person with the megaphone dictating how we were supposed to feel.

Instead, it comes off like a pundit who claims that America still supports the war in Iraq and President Bush when polls are going 4 to 1 the other way.

Ironically, it might be most telling of all that Captain America’s shield passed into the hands of a jingoistic talk show host, who will use that shield and legacy to bludgeon opponents rhetorically.

Glenn Hauman is production manager for ComicMix.com and author of numerous Star Trek and X-Men stories.