It was late and below freezing, but when has that ever stopped real fans?

Well over a hundred people braved the elements to attend the midnight launch of The Dark Tower at the Times Square Midtown Comics, where writer Peter David and artist Jae Lee were on hand to sign copies. 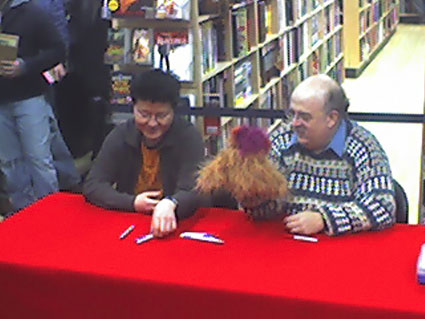 Before midnight, Jae and Peter set up to sign– they were going to have to sign a lot of books. How many, you ask?

Here’s the start of the line… 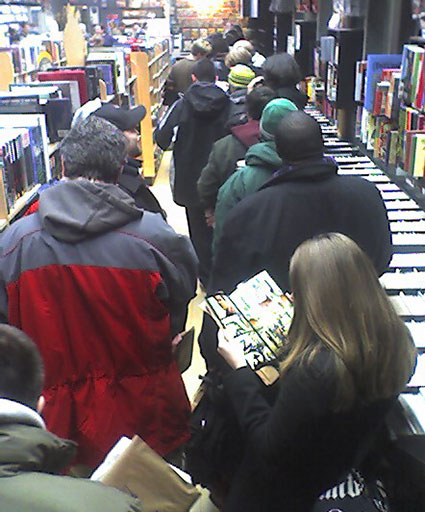 …which snaked around the back of the store… 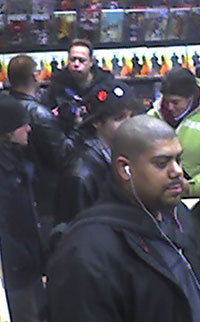 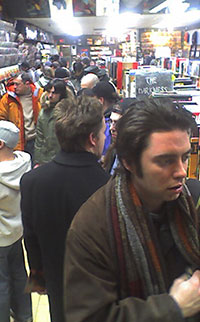 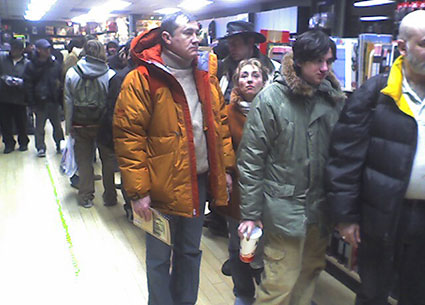 …and eventually ended up back at the beginning. 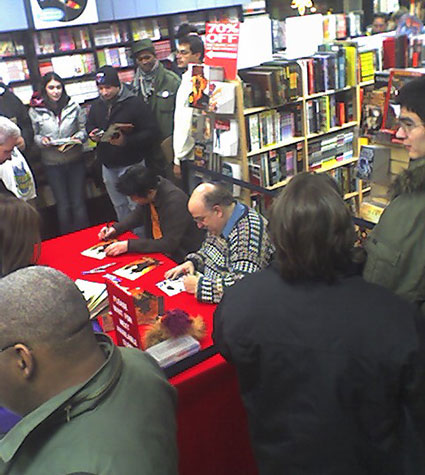 Finally, at the stroke of 12:01, Peter and Jae started to sign books. This patient lady was the first one to get books signed. 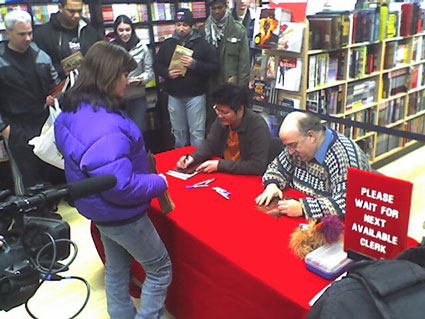 So if somebody shows up on eBay claiming to be selling the first signed copy and it’s not her, don’t bid. 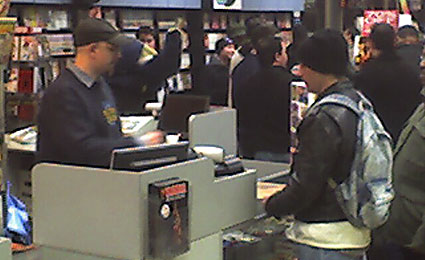 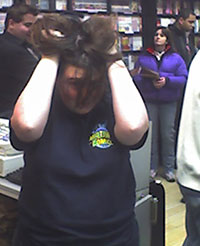 All in all, Midtown seemed to be quite pleased with the activity, with only a few employees seeming to succumb to the stresses of the large crowds and the late night.

Kudos to the staff at Midtown Comics for opening their doors before the big event so everybody wasn’t frostbitten, and for doing an excellent job on crowd control and keeping everybody in line, fairly. They were so even handed in managing the line, even Joe Quesada had to wait on line to get his copies signed. 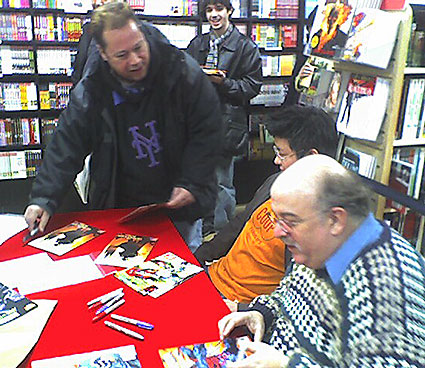