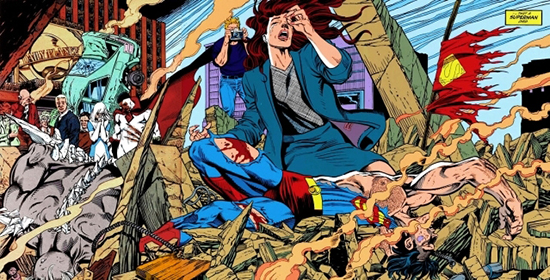 As of my typing up this column, DC Comics employee of over twenty years and Superman Group Editor Eddie Berganza has been fired from the company in relation to the sexual harassment and assault allegations raised against him for nearly a decade. This is in large part due to the Buzzfeed article that hit this past Friday, the amazing journalism of Jessica Testa, Tyler Kingkade, and Jay Edidin, former DC editorial staffers Janelle Asselin and Liz Gehrlein Marsham for speaking to Buzzfeed on the record, and all of the other victims who spoke anonymously out of fear of the very real fear of retribution. Since the release of that article, Molly McIsaac has also come forward about her encounter with Eddie Berganza’s sexual harassment.

Many people are rightfully asking why did it take so long remove Berganza when his sexually abusive behavior has been an open secret for nearly a decade? For better or worse, the answer is that in a post Weinstein world we are taking these accusations more seriously. This happened because Buzzfeed reported on it. When people tried to put pressure on DC Comics to act in April of 2016 in the aftermath of Shelly Bond’s dismissal – including myself – it wasn’t taken seriously outside of comics press and the story died in the wake of Dan Didio deleting his Twitter account and DC Entertainment honcho  Diane Nelson sending out a memo assuring us that DC Entertainment cares about the safety of their employees. The memo didn’t even mention Berganza’s name. It was a heavy slap in the face to comics journalist, pros and fans all over that helped to reassert the notion that victims are the problem and abusers will always be protected until it is absolutely impossible to continue protecting them. 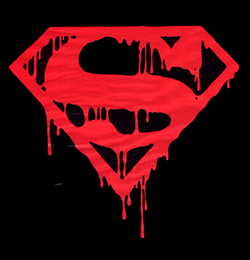 Make no mistake; DC Comics did what it did because there was absolutely no way to continue protecting Eddie Berganza.

As of my writing this, DC Comics has not addressed Bob Harras’ role in seemingly and allegedly ignoring filed complaints with HR and assisting in Berganza’s rise in the company at the expense of many women within DC and countless more that were denied opportunities as a result of his continued employment or didn’t even attempt to throw their hat in the ring because of Berganza’s presence. Nothing will salvage the comics careers of all of those women, some we know and some we don’t, who fell in love with these adored characters as kids and grew up to learn that you would need to be willing to endure sexual harassment, propositions, and compromising your ethics to work in – of all places – the Superman office. 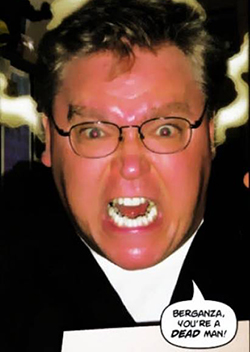 And Eddie Berganza isn’t the only person to make that statement true.

An open letter to Dan Didio has been circulating for over a week that not only brings up Berganza, but Mike Carlin, as a known harasser that inappropriately touched a female staffer. Like Eddie, Mike has been both a Superman Group Editor and an Executive Editor at DC Comics with his greatest achievement being The Death of Superman. Mike Carlin’s name is printed in literally millions upon millions of comics. He’s had lines wrapped around stores waiting for his signature. Unlike Eddie, Mike was able to allegedly harass his way to further promotions. He was promoted out of the comics division and currently works as the Creative Director of Animation for DC Entertainment. As of this writing this there has been no indication that Bob Harras covering for Eddie Berganza or Mike Carlin’s alleged harassment are being looked into.

Comics professionals including Rafael Albuquerque, Gail Simone, Cliff Chiang, Tee Franklin, Lilah Sturges, Sophie Campbell, Tony Isabella, Kurt Busiek, Tini Howard, Sina Grace, Kate Leth, Amy Chu, Tamra Bonvillain, Joshua Hale Fialkov, Christopher Sebela, Matthew Rosenberg, Kwanza Osajyefo, Tess Fowler, Mark Waid, and so many more stepped up to make their voices heard in the aftermath of the Buzzfeed article dropping on Friday. This is important not only because we should be standing up for victims of abuse, but because comics professionals are terrified of retaliation against them by DC Comics. 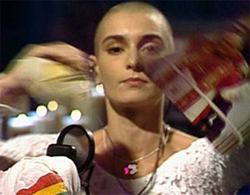 I want to make this crystal clear to people reading, as fans and casual readers may not be aware of or understand the reality of all of this. Speaking out against the brass is more than looked down upon; it’s disqualifying. Rafael Albuquerque mentions this in his statement on Berganza. Other professionals including Kwanza made it crystal clear on Twitter that speaking out could mean getting blacklisted, but it would be hard if we all ban together. Maybe in a post Weinstein world speaking out to defend victims won’t get you blacklisted like it has in the past to rising stars like Nancy Collins, but I talked to many comics professionals off the record during all of this with Berganza and many freelancers are still terrified. That should be alarming, but also sobering to everyone reading this that standing up against serial sexual assaulters can lose you work, but turning a blind eye to victims can get you a gig on a Superman book.

We might have the power now to change the dynamics at DC Comics and much of the rest of the entertainment industry if not all industries. We may be at a tipping point where we will no longer be a society that protects abusers, but rather one that stands up for victims. We need to be that society, and we may not be there just yet but we might be close. The only way we can do it is if we stand together. They can’t blacklist us if we all protect each other.