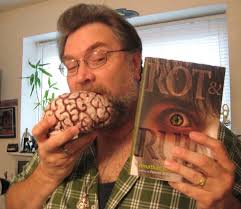 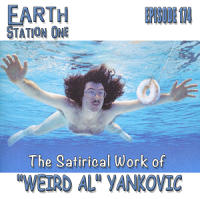 On the latest episode of the Earth Station One podcast, Bobby Nash interviews New York Times Bestselling Author Jonathan Maberry and ESO shows him their version of the “Extinction Machine” also known as The Geek Seat! You can listen to the interview here.

Join us for yet another episode of The Earth Station One Podcast we like to call: The Satirical Work of “Weird Al” Yankovic at www.esopodcast.com.

What if the dead could be summoned from their graves- for a price? What if a quartet of distinctive storytellers took a stab at this deceptively simple idea- on a date? The answers lie here, in Four Summoner’s Tales, as Kelley Armstrong, David Liss, Christopher Golden, and Jonathan Maberry accept the challenge in uniquely chilling ways. Available September 17 in print, EBook and audio. (NOTE: This book includes a never-before-published Joe Ledger novella by Maberry)

Here’s what the author has to say about Borrowed Power.

Some secrets should remain hidden.

Some secrets refuse to die.

Something evil is buried beneath the streets of Paris.

Time is running out.

Thirty years ago the man known as Mr. Church and the assassin called Lilith teamed-up to stop a terrible weapon from being used against the innocent.

Now that same evil rises again and Joe Ledger teams with Lilith’s daughter, the beautiful killer Violin, to keep the world from falling into darkness.

BORROWED POWER is an original Joe Ledger adventure featuring an action cameo by Mr. Church. Available for Kindle, Nook, Kobo and all eReaders.

JONATHAN MABERRY WANTS YOU TO NAME HIS ASSASSIN

THE RULES: come up with a name for an assassin. Male or female. No comical names. Something cool and compelling. Something memorable. 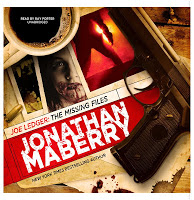 All suggestions must be posted on the contest thread on either of my Facebook pages [here and here]. (Twitter followers need to cruise over to Facebook to post your entry). Email and IM postings are not accepted. For duplicate names, the first posted entry will count.

Three runners up will win signed 1st editions of the rare hardcover of ASSASSIN’S CODE and they will each be thanked in the acknowledgements page of CODE ZERO (scheduled for release March 2014).

The grand prize winner will have their character name used in the book; plus you will also appear in CODE ZERO (though it’s likely to be a short and painful walk-on). You’ll also get an ECHO TEAM coffee mug. And you’ll be thanked in the book’s acknowledgements page.

Paranormal investigators. Occult detectives. Ghost hunters. Monster fighters. Humans who unravel uncanny crimes and solve psychic puzzles; sleuths with supernatural powers of their own who provide services far beyond those normal gumshoes, shamuses, and Sherlocks can provide. When vampires, werewolves, and thing that go bump in the night are part of your world, criminals can be as inhuman as the crimes they commit, and magic can seep into the mundane—those who solve the mysteries, bring justice for victims or even save the world itself, might wield wands as well as firearms, utter spells or simply use their powers of deduction. Some of the best twenty-first century tales from top authors of the century’s most popular genre take you down mean streets and into strange crime scenes in this fantastic compilation.

Contents (alphabetical by author):
“Cryptic Coloration” by Elizabeth Bear
“The Key” by Ilsa J. Blick
“Mortal Bait” Richard Bowes
“Star of David” by Patricia Briggs
“Love Hurts” by Jim Butcher
“Swing Shift” by Dana Cameron
“The Necromancer’s Apprentice” by Lillian Stewart Carl
“Sherlock Holmes and the Diving Bell” by Simon Clark
“The Adakian Eagle” by Bradley Denton
“Hecate’s Golden Eye” by P.N. Elrod
“The Case of Death and Honey” by Neil Gaiman
“The Nightside, Needless to Say” by Simon R. Green
“Deal Breaker” by Justin Gustainis
“Death by Dahlia” by Charlaine Harris
“See Me” by Tanya Huff
“Signatures of the Dead” by Faith Hunter
“The Maltese Unicorn” by Caitlín R. Kiernan
“The Case of the Stalking Shadow” by Joe R. Lansdale
“Like a Part of the Family” by Jonathan Maberry
“The Beast of Glamis” by William Meikle
“Fox Tails” by Richard Parks
“Imposters” by Sarah Monette
“Defining Shadows” by Carrie Vaughn 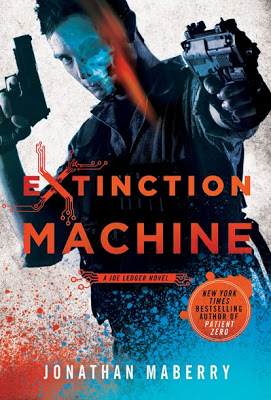 PULPSTERS DESCEND ON ATLANTA THIS WEEKEND!

Meet some of pulp’s finest this weekend at Dragon Con (August 31 – September 3) in Atlanta, GA.

Learn more about the convention at http://dragoncon.org.

Tell ’em All Pulp sent ya. 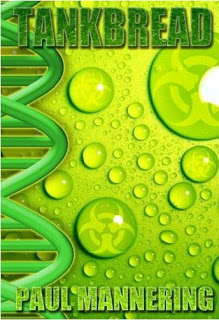 About Tankbread, a novel by Paul Mannering.

Ten years ago humanity lost the war for survival against a spreading plague that brought the dead back to life as flesh eating monsters.

Now intelligent zombies rule the world. Feeding the undead a steady diet of cloned people called Tankbread, the survivors live in a dangerous world on the brink of final extinction.

One outlaw courier must go on a journey through the post-apocalyptic wasteland of Australia. Fighting his way into the very heart of the apocalypse in the desperate search for a way to save the last humans and destroy the undead threat.

His only companion is a girl with an extraordinary secret. Her name is Else and she’s Tankbread.

Mannering’s take on the post-zombie apocalypse is scarifyingly real. Baked dog while you take orders from your zombie master anyone? Sink your teeth into an Australia where the zombies are in charge – you
won’t be disappointed.
~ Rocky Wood, author of STEPHEN KING: A LITERARY COMPANION and HORRORS! GREAT STORIES OF FEAR AND THEIR CREATORS

“Tankbread reads like a tick-list of genre staples: tens of thousands of zombies, a brave, wise-cracking warrior hero, a beautiful woman who might just hold the key to everything, mad scientists, and even a knight in shining armour and a helicopter-piloting mother superior thrown into the mix! And yet the whole is far greater than the sum of its disparate parts. Tankbread is a blast from start to finish. A breathless, country-crossing zombie epic – kind of like Mad Max colliding head on with Dawn of the Dead. Mixing great action scenes, laugh-out loud moments, copious amounts of horror and lead characters you really grow to give a damn about, Tankbread is a unique and very entertaining entry in the over-saturated zombie genre. Read it and enjoy it – I did.”
~ David Moody, author of the AUTUMN and HATER series. 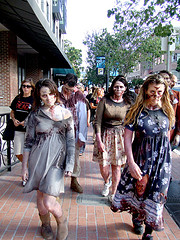 Premiering tonight on the History Channel!

Relentless. Infectious. All consuming. Since the beginning of time they have embodied our deepest fears and today their power to frighten us is more potent than ever before. They are the monster that history cannot kill.

Get ready for an unprecedented exploration of history’s most terrifying and enduring horror. What are the origins of the living dead and what makes them more relevant than ever before? Join Max Brooks, Jonathan Maberry, Roger Ma, JL Bourne, Kim Paffenroth, Rebekah McKendry, Steven Schlozman, Daniel Drezner, The Zombie Squad and many more as we investigate the roots of our ultimate fear and find out what you can do to prepare yourself for the zombie apocalypse.

You’ll even see a few ComicMix contributors in the special. The producers wanted them for their braiiinnnnnssss…

This is the second time Long has won a Scribe for his work in the Warhammer franchise.

Also, the IAMTW gave their Faust Award to Peter David, naming him a Grandmaster, following in the footsteps of Alan Dean Foster, Keith DeCandido, and William Johnston. David was grilled by Collins for a lively discussion in front of a packed room.