Ed Catto: Whose Brand Is It, Anyway?

On a recent Saturday morning, I treated myself to yet another TV comic book show. But unlike Flash, or S.H.I.E.L.D., or iZombie or Arrow, this was an old one. TCM is showing episodes of the 1943 Batman movie serial. I’m sure you know about these serials. Long ago, kids would make weekly pilgrimages to the theater for cliffhanger style chapters of an adventure serial. Often it was shoehorned between a cartoon, a newsreel, and the main feature. During my recent TCM viewing, I was disappointed that the host didn’t offer any of his usual insightful perceptions. 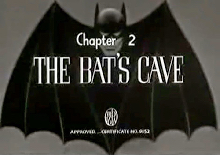 This serial is important in “geek mythology” for all sorts of reasons, including the debut of the Bat Cave. But then a peculiar childhood memory was triggered. And I mused about how this peculiar incident was just a pale precursor to a big branding issue that seems to dominate today’s entertainment world: the struggle to understand who really owns a brand.

As a quick background, I was one of those kids who was influenced brainwashed by the 1966 Batman TV show. After just a few episodes, my brain exploded and my worldview was set forever. But when I become a teenager, a strange thing happened. At that time, I was reading those moody Batman comics of the seventies. It was at that point where I realized that the 66 Batman was ‘camp’, and it wasn’t the version of Batman that I was then enjoying. I wanted my version of Batman, or The Batman, to be serious, dark, and un-silly. I was essentially rejecting that horse I rode in on. I was cherry-picking from the different entertainment offerings what I felt was best for this brand called Batman. 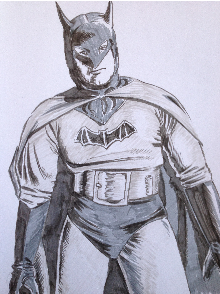 And, back then, there were no Chris Nolan or Tim Burton visions of Batman for the world at large to see. Everyone who wasn’t reading the comics equated Batman with the silly fun of POW/ZLONK/BOFF! My vision of the brand was in conflict with the brand understanding of the world at large.

And that’s about the time that my dad introduced me to the 1943 Batman serial. It was actually edited versions on Super 8 film. We’d show these on our home movie projector. Even though they didn’t have sound, they were glorious! Batman was purposeful and focused, whether he was slugging gangsters or flirting with the female lead. It was full of zombies and radium guns and cliffhangers. The bad guy even fed his enemies to crocodiles. (Who knew that the fella who was playing an evil Japanese stereotype would soon be a big hit during the golden age of radio playing a comedic Italian stereotype?) 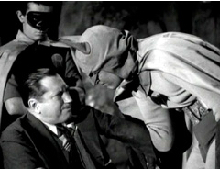 Oh sure, Robin looked a little goofy, those pesky capes got in the way of brawling, and Batman’s ears made him look like the devil…but that was the all fine. He was foreboding and mysterious. The opening credits were somber and menacing. To me, as a teenager, this is what I wanted “my Batman” to be. I was creating my personal brand vision of Batman by combing the comics of the day with vintage movies. And it was in complete conflict with most of the country thought of as Batman.

And that’s exactly what’s happening in the passionate pocket universe of Geek Culture right now. Engaged fans each have their own vision of what a character or brand should be like. They then analyze, anguish and appraise the interpretations fed back to them. Fans want their brands the way they want them. Despite the fact that most comics are created by publishing professionals, and that most TV Shows/Movies are made by filmmaking professionals, Geek fans don’t trust these folks to handle their brands in the correct way. Instead, fans judge and speculate to see if the brand they are being offered fits with the brand they each think is the true brand. They don’t only judge a book by its cover; they judge the book by the preview of the cover.

Does this happen with other brands? 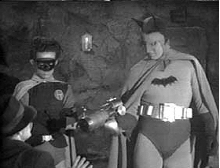 Can you imagine years ago, readers making demands for, or clearly laying out their expectations, for Hemingway’s next book? Or could you imagine 1950s western fans outlining their expectations for the third season of Maverick? Can you imagine Ian Fleming monitoring fan buzz before writing the third or fourth James Bond novel? Of course not. He probably graciously nodded to friends’ cocktail party accolades, was amused that JFK was a fan, and then worked with his editor as he brought his vision of the character to life for the next adventure.

You could argue that fans grab onto the brand ownership in sports. That’s so much of what sports radio is all about. Fantasy Football is also a way to assume total ownership of the brands, and essentially cut out the corporate owners, albeit in parallel universe.

But it doesn’t really happen with traditional brands. Generally, Oreo fans don’t get indignant when the Oreo packaging and logo change. A small percentage do (trust me) but they are just that: a small percentage. The grocery store retailers don’t get mad because they can’t predict the correct quantities to order based on the new “rebooted” packaging for a particular cookie.

Recently, we’ve been teased by trailers for big entertainment movies like the new Star Wars, Mad Max and Batman vs. Superman. Closer in, in the comics world, fans have been offered glimpses of what the Marvel and DC universes will look like after their big summer events. These efforts seem to be the creators, or corporations, saying, “we have a plan, and this is what we’re going to do with your entertainment brand”. And then fans collectively ponder, predict, and prognosticate. Edicts are issued and judgments are rendered. Predictably, the folks in charge of the brand, at least legally and financially, reveal a little more and the cycle continues.

Of course, this all is just further evidence of the combatively symbiotic relationship of brand ownership for entertainment properties. The creators put forth their vision, and then the consumers render their judgment.

But who’s really in charge? Is it those who take the risks? Those who enter the arena of public opinion? Or are the people in charge really those who willingly offer their hard-earned dollars to support the brand? Those who give up their precious time to see what’s being served up?

I’m not sure if there’s an easy answer. I’m typically been on the side of the creators, but the entertainment world has changed since Ian Fleming was typing the James Bond thrillers. One thing I do know is that this all reinforces the notion of pop culture fans as important to branding conversations. Whether they are conversing about a recent reboot of DC’s Suicide Squad, or the new Dr. Pepper Avengers cans or upcoming shows on cable networks or the new Schick Hydro shaving cream, they have an opinion, have made themselves part of the conversation, and have a real ownership in all brands. And that makes it all more fun, doesn’t it