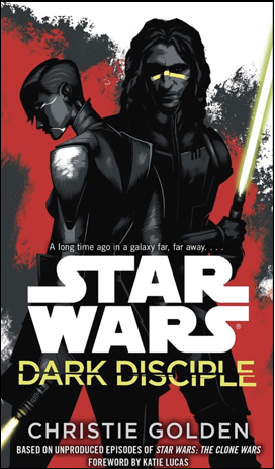 New Girl On The Block. Samantha Bee has launched her new weekly news round-up show, Full Frontal. Two episodes have aired so far and, IMO, both were killer. I always loved Samantha Bee on The Daily Show – she was a great combination of fearless and shameless, and she carries that over to her new show. The writing is sharp and the delivery dead on. I loved the segment she did last week on the so-called constitutional crisis arising from the death of Supreme Court Justice Antonin Scalia and how it really isn’t a crisis; it’s the Republican leadership in the Senate refusing to do their job. Check it out.

I love Noah Trevor, Larry Wilmore, John Oliver, and Bill Mahar but, right now, I love Samantha the most. All hail Queen Bee!

Commercials. I usually skip most TV commercials. Not all. And some I actually enjoy for one reason or another. Some I hate with a passion. Some are so stupid that I remember the product’s name just to make sure I never buy that product.

There’s one for a car insurance company that has me diving for the mute button every time I see it. A young woman comes on and talks about her car that she named “Brad.” They did everything together, she says, which gives a new meaning to the word “auto-eroticism.” (Maybe that’s just me and my filthy mind.) She totals it and moans that nothing can replace “Brad” – until the insurance company calls and she goes into her “happy dance.”

This woman is psychotic. She’s off her meds and somebody needs to get her back on them – stat!

Who is this commercial being aimed at? I take it for granted that it’s not me (I’m too old to be the target audience for any commercial except for ads for walk-in tubs) but who do the advertisers expect to reach? Shouldn’t the ad make you identify with whoever is making the pitch? Who ldoud identify with Little Miss Psychotic?

There’s lots of commercials like that out there. Why? To me, they just seem that the ad agency folks got high and then proposed anything that made them giggle – and they sold it!

Beats the hell out of me.

Credit Where Credit Is Due: I recently picked up a Star Wars novel – Dark Disciple by Christie Golden – because it featured a character created by Jan Duursema and myself for the comics. The character is Quinlan Vos.  The book is well written – Ms. Golden is no stranger to novels, especially franchise books – and I’m okay that the characterization of Quin doesn’t really match up with what we did. The story was adapted from some scripts for the Star Wars Clone Wars animated series and Quin was an alternate universe version. Oh, he shared some looks and traits with the original version but in many respect he was a very different character.

Look, I can deal with that. I knew from Day One that whatever we created belonged lock, stock, and dreadlocks to Lucas Film Licensing and, now, to Disney. I do wonder why you use an existing character from another medium and then change him so much. However, that’s their prerogative. So be it.

My complaint, however, is that there are two sets of acknowledgements at the beginning of the book, one from the author and another from one of the co-writer of the animated episodes who also happens to be George Lucas’ daughter. Nowhere in either of them are Jan and I acknowledged or thanked. Really? I understand that I own no part of Quin. Unlike Amanda Waller and the Suicide Squad, I don’t get any money when Quin is used elsewhere. That was the deal from the start. However, if you’re thanking folks who made it possible – why not the two who originated him?

Boy Toys, Girl Toys: Martha Thomases wrote a really good column this week about how the Big Two comic book companies, movie execs, and toy companies have problems with gender assignments for their products. This product is for boys and that product is for girls because the products has either a penis or a vagina and that’s all there is to it.

I remember reading how Daisy Ridley’s character Rey who (spoiler alert) is the central character in The Force Awakens is absent from figure sets (they’re “action figures” you know, not “dolls”) and from the new Star Wars The Force Awakens Monopoly set. The justification given by Hasbro is that they didn’t want to “give away” a major plot point which featuring Rey might have done.

I’m calling bullshit on this one. There’s no concern that featuring any of the other new characters like Finn or Poe might reveal a plot point. In the action figure set of six, they include an unnamed storm trooper with the new characters. Rey is conspicuous by her absence.

Isn’t the real concern that the boys literally won’t buy a Rey figure? And that girls don’t buy that kind of stuff because, you know, they want pink toy oven sets? They aren’t really into that boy stuff. Except that, as Martha points out, they are and Hasbro’s decision is just another example of hide-bound old boy thinking. You’d think that the outcry would make these execs’ faces blush pink with embarrassment.

Except that, you know, pink is a girlie color.