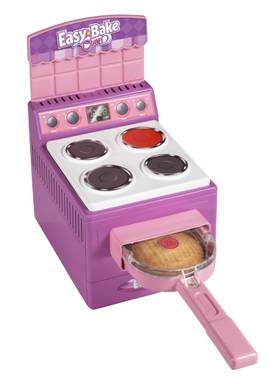 As a rule, I don’t look to celebrities for advice or insight about anything except celebrity. Actors know acting, musicians know music, authors know how to write, but these talents don’t mean they know politics or finance or relationships. There are exceptions (e. g. George Clooney is smart about Darfur, Martin Sheen knows his pacifism), but, in general, I seek my expertise from experts.

So I was more than a bit surprised when Ryan Reynolds said something smart about marketing. His new movie, Deadpool (which I haven’t seen yet but I will, I promise) set a record by earning $135 million on its opening weekend, the highest ever for an R-rated film.

It earned that much money by attracting both men and women to theaters. Cue the proponents of the conventional wisdom, who insist that women don’t like superheroes. As Reynolds said, “It’s sort of like… well, no. Women love fucking superhero movies! Clearly they go to these movies. It’s sort of funny that the studios are sometimes the last to know that.”

Ryan Reynolds, at least, gets it. Maybe he’s interested in the movie business and not just movie acting, so he pays attention. Maybe he wants to have a career with some longevity, so he pays attention to his audience as well as his opportunities. Maybe having a daughter has shown him how unique each human personality will be.

And, yes, the studios are the last to know. The only people who might also be just as ignorant are the Big Two comic book publishers and toy manufacturers.

Why is it so important to so many of our popular culture institutions to divide our entertainment choices into those for men or for women? The assumption that boys won’t like things that girls like, an assumption that ruled my childhood, has been demonstrated to be (generally) false. Girls will play with Legos that are not pink. Boys will play with E-Z Bake Ovens.

Neither will get cooties.

I think they are afraid that gender is contagious. One of my favorite writers, Nora Ephron, described this mind-set decades ago, in her hilarious essay “A Few Words About Breasts.” To quote:

“In grammar school, in the fifth and sixth grades, we were all tyrannized by a rigid set of rules that supposedly determined whether we were boys or girls… We learned that the way you sat, crossed your legs, held a cigarette, and looked at your nails-the way you did these things instinctively was absolute proof of your sex… I thought that just one slip, just one incorrect cross of my legs or flick of an imaginary cigarette ash would turn me from whatever I was into the other thing; that would be all it took, really. Even though I was outwardly a girl and had many of the trappings generally associated with girldom – a girl’s name, for example, and dresses, my own telephone, an autograph book – I spent the early years of my adolescence absolutely certain that I might at any point gum it up.”

We know, of course, that’s not how gender identity works, of course (the essay is from 1972, referencing events that took place several decades earlier). And yet it seems as if movie companies, comic book publishers and toy companies would rather leave money on the table than adjust their views about gender roles.