First, let’s get the obligatory comic book connection out of the way — the playset based on the set designed by Bryan Hitch, the new TARDIS:

Of course,  you’ll need the figures…

END_OF_DOCUMENT_TOKEN_TO_BE_REPLACED

British auctioneer Bonhams is holding a massive auction of what is believed to be the UK’s largest collection of film and television costumes on March 6th. The collection comes from Angels The Costumiers, a fifth generation family firm that has been doing costumes since 1840 and worked on 26 movies that have won Oscars for Outstanding Achievement In Costume Design.

Items going under the hammer include costumes from Superman, Supergirl, six of the Doctors from Dr. Who, Harry Potter, Indiana Jones, Highlander, Robin Hood: Prince of Thieves, James Bond’s suits from Thunderball, The Spy Who Loved Me, and Tomorrow Never Dies, and Alec Guinness’s Obi Wan cloak, pictured here.

In recognition of the popular appeal of the items, Bonhams’ saleroom will be allowing interested customers the opportunity to try on selected costumes. So if you can’t afford to bid, you could just try flying to London — but you probably won’t be able to nip off somewhere and play with your significant other unless you win. (Hat tip to Craig for the story.)

Now’s your chance to gather up all those Mike Grell comics and get ’em signed!  Mike informs us he’ll be very busy this spring, hitting the Emerald City Comicon in Seattle on March 31-April 1, the Pittsburgh Comicon in Monroeville, PA on April 27-29, and the Iowa Comic Book Club’s I-CON 2007 in the 4-H Building at the Iowa State Fairgrounds in Des Moines on May 19.  Who knew state fairs featured comic book clubs?  We city-dwellers miss so much sometimes…

Neil Gaiman reports that Dreamhaven Books in Minneapolis, the place he considers his "home store" in terms of doing his local shopping there and signing lots of stuff for them to sell online, has had a break-in over the weekend.

Owner Greg Ketter says, "Damages will be costly but insurance should cover a lot of it. But after the lull in current business, this really will hurt. I don’t like charity but if you could encourage people to maybe buy an extra book off us soon, it may help. Three bookstores have closed in the Twin Cities in the past two months and I don’t want to make it four."

Those not in the Minneapolis-St. Paul area can visit their online store, where you’re likely to find lots of Gaiman-related items in among tons of sf, fantasy, horror and other related merchandise.

The ComicMix podcast is in the air!

The first ComicMix podcast is now available for your listening pleasure!

A three-times weekly feature here at ComicMix, broadcaster Mike Raub has produced our initial 12 minute program featuring news, features and interviews. A new podcast will be available every Tuesday, Thursday, and Saturday — today’s podcast includes a look at new comics that are available at your friendly neighborhood comics shop, and this will be a feature of every Tuesday program. Thursday’s programs will feature reviews and Saturday’s will include full-length interviews.

Also featured in today’s podcast are salient mutterings from Peter David, The Beatles, and ComicMix’s editor-in-chief, and a nostalgic look at comics and popular culture that people were enjoying this week, back in 1963 and 1971.  All this plus updates on Indiana Jones and The Flash.

We encourage you all to participate in our fun and games. Contact us with any questions or comments and when we’ve got our ComicMix message boards up and running, join Mike and the ComicMix crew in our online dialog!

Our weekly check on what mainstream news sources are saying about comics:

END_OF_DOCUMENT_TOKEN_TO_BE_REPLACED 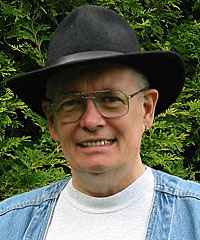