Yes, we know. But he would have done it for us. Miss you, fella.

The Addams Family Move into your Home Jan. 21

The very first full-length animated film about the eccentric and unconventional family,
THE ADDAMS FAMILY on Blu-ray™️, DVD and Digital showcase the wonderfully weird world of the Addams family with a variety of exclusive bonus features not seen in theaters including deleted and extended scenes, an interactive charades game with Thing, behind-the-scenes footage, music lyric videos and more! Filled with wildly funny moments and a fresh take on the beloved characters created by Charles Addams, THE ADDAMS FAMILY celebrates the uniqueness of every family and delivers spooky fun all year long.

Get ready to snap your ﬁngers! The Addams Family is back in their ﬁrst animated comedy about the kookiest family on the block. Funny, outlandish, and completely iconic, THE ADDAMS FAMILY redeﬁnes what it means to be a good neighbor.

Natalie Portman’s Lucy in the Sky Lands on Digital Dec. 17

Natalie Portman and Jon Hamm star in this captivating drama inspired by true events ripped from the headlines. After star astronaut Lucy Cola (Portman) earns a coveted spot on a NASA mission, she’s moved by the transcendence of being in space. But when she returns to Earth, her everyday life feels too small. Soon, she engages in a reckless love triangle that threatens her career and her sanity.

The LUCY IN THE SKY Digital release is packed with bonus materials, including four deleted scenes, as well as four making-of featurettes. 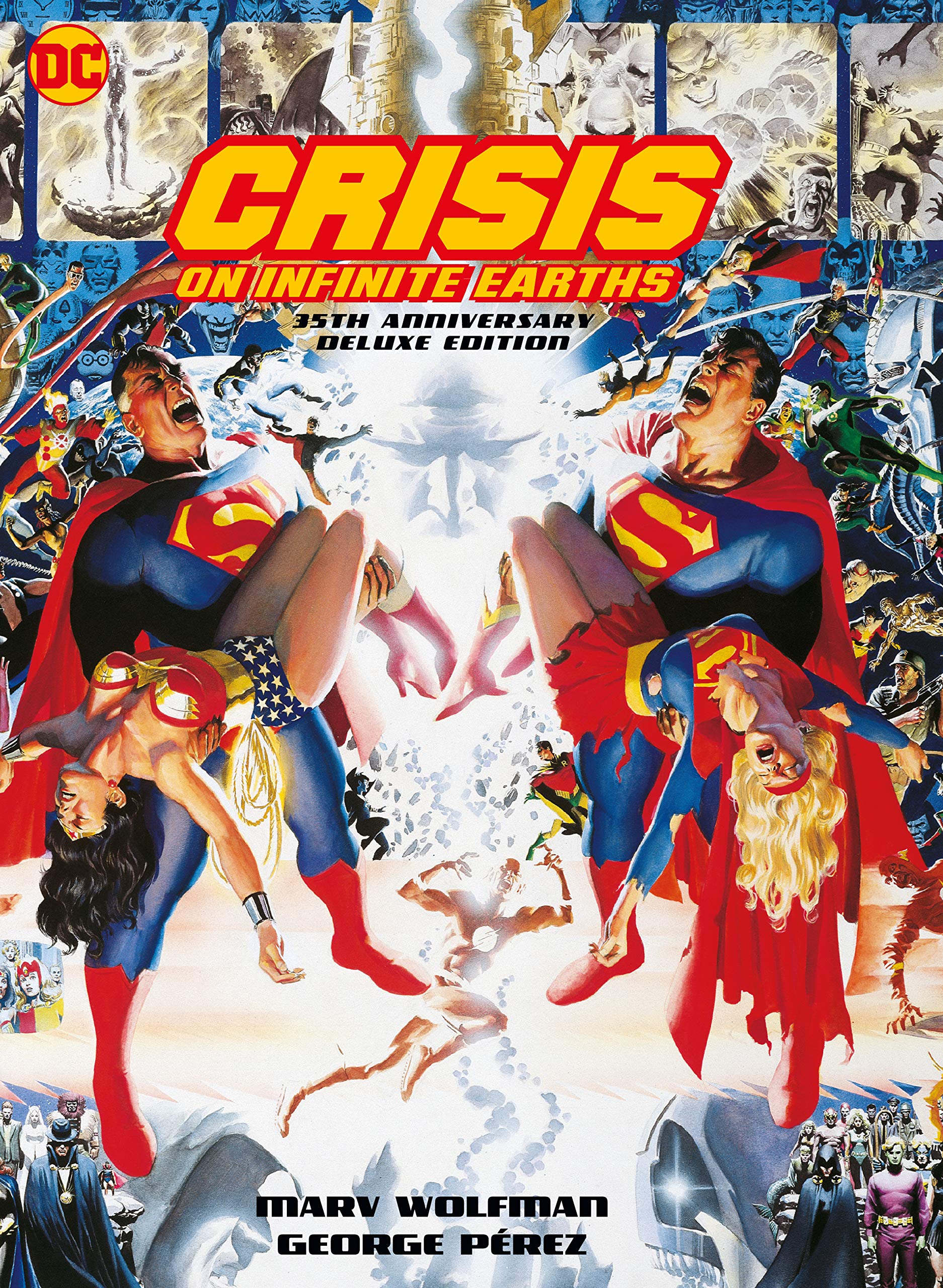 Worlds will live. Worlds will die. And the… aw, you know the rest. Although you may not know everything…

And if you want to read the original book, you can buy it here.

Dorothy Catherine (D.C.) Fontana passed away peacefully last evening at the age of 80 after a brief illness.

Ms. Fontana gained global notoriety for her writing and story editing on the 1960’s television series Star Trek, as well as the 1970’s animated series, which she also associate produced. Her myth­-building work on classic Trek blazed a trail for women, not only in television, but also in science fiction. Her well-known screen credit kept the fact of her gender a secret from most fans until they saw her picture in Stephen Whitfield’s The Making of Star Trek, one of the “bibles” of classic Trekker fandom.

Dorothy Fontana was responsible for creating Spock’s childhood history, including the essential story “Yesteryear,” which though produced for Star Trek: The Animated Series, is as powerful as the best episodes of the classic series. She established the characters of, and relationship between, Spock’s father and mother (Sarek and Amanda) in classic Trek’s “Journey to Babel” episode. It was Ms. Fontana’s development of the rare emotional travails of a half-human, half-Vulcan child … and adult (full of emotions, yet prohibited from expressing them), that made Spock such a unique character in the history of film and television.

Ms. Fontana shared writing credit with Gene Roddenberry on “Encounter at Farpoint,” the feature-length premiere for Star Trek: The Next Generation, which was nominated for a Hugo Award. She penned further episodes of ST: TNG, and Star Trek: Deep Space Nine. Her last produced writing credit was an episode of the web-based series Star Trek: New Voyages entitled “To Serve All My Days,” which starred classic Trek’s Chekov, Walter Koenig.

Ms. Fontana’s writing credits also include episodes of: Then Came Bronson (her script, “Two Percent of Nothing,” co-written with Denne Bart Petitclerc, was nominated for a WGA Award); Ben Casey; The
Wild, Wild West; The Big Valley; Bonanza, The Six Million Dollar Man; Land of the Lost; The Streets of San Francisco; Kung Fu; The Waltons; Dallas; Buck Rogers in the 25th Century; Babylon 5; and the documentary, Bob Burns’ Hollywood Halloween (shared with Bob & Kathy Bums). Though best known for her television work, D.C. Fontana also wrote novels – including Trek’s “Vulcan’s Glory,” and “The Questor Tapes,” based on a pilot by Roddenberry. She also wrote a Trek comic book, and several video games, primarily in the science fiction genre.

For decades, Ms. Fontana was an ardent and active member of the Writers Guild of America, west, having served on its Board of Directors for two terms. She twice won the prestigious Morgan Cox award for Guild service: first in 1997 (shared with members of the Property Planning Committee), and again by herself in 2002. Recorded interviews with her from the Writers Guild and the TV Academy (among others) are available online.

Most recently employed as a senior lecturer at the American Film Institute, Ms. Fontana devotedly taught and mentored many classes of aspiring screenwriters, producers and directors by sharing a lifetime of expertise, craft, heart and integrity.

Irene Adler gets her own League of Extraordinary Gentlewomen

Titan Comics has announced Adler, a five-issue miniseries starting in February 2020 starring the only woman to ever best Sherlock Holmes, teaming her up with “famous Victorian heroines from science, history, and literature… such as Jane Eyre, Lady Havisham, Marie Curie, Carmilla, and Ayesha” to defeat Moriarty.

Comics Worth Reading has a preview and a recap of who’s who:

Irene Adler, the only woman to outwit Sherlock Holmes, appeared in one 1891 story, “A Scandal in Bohemia”. She’s been a favorite ever since, particularly with people who want to pair Holmes up romantically in a traditional fashion.

Lady Havisham is from Great Expectations, the crazy spinster in her wedding dress in a ruined mansion. Carmilla is a vampire who appeared 26 years before Dracula. Ayesha is the She written by H. Rider Haggard.

If you need me to explain Jane Eyre or Marie Curie to you, you are clearly not the audience for this story. 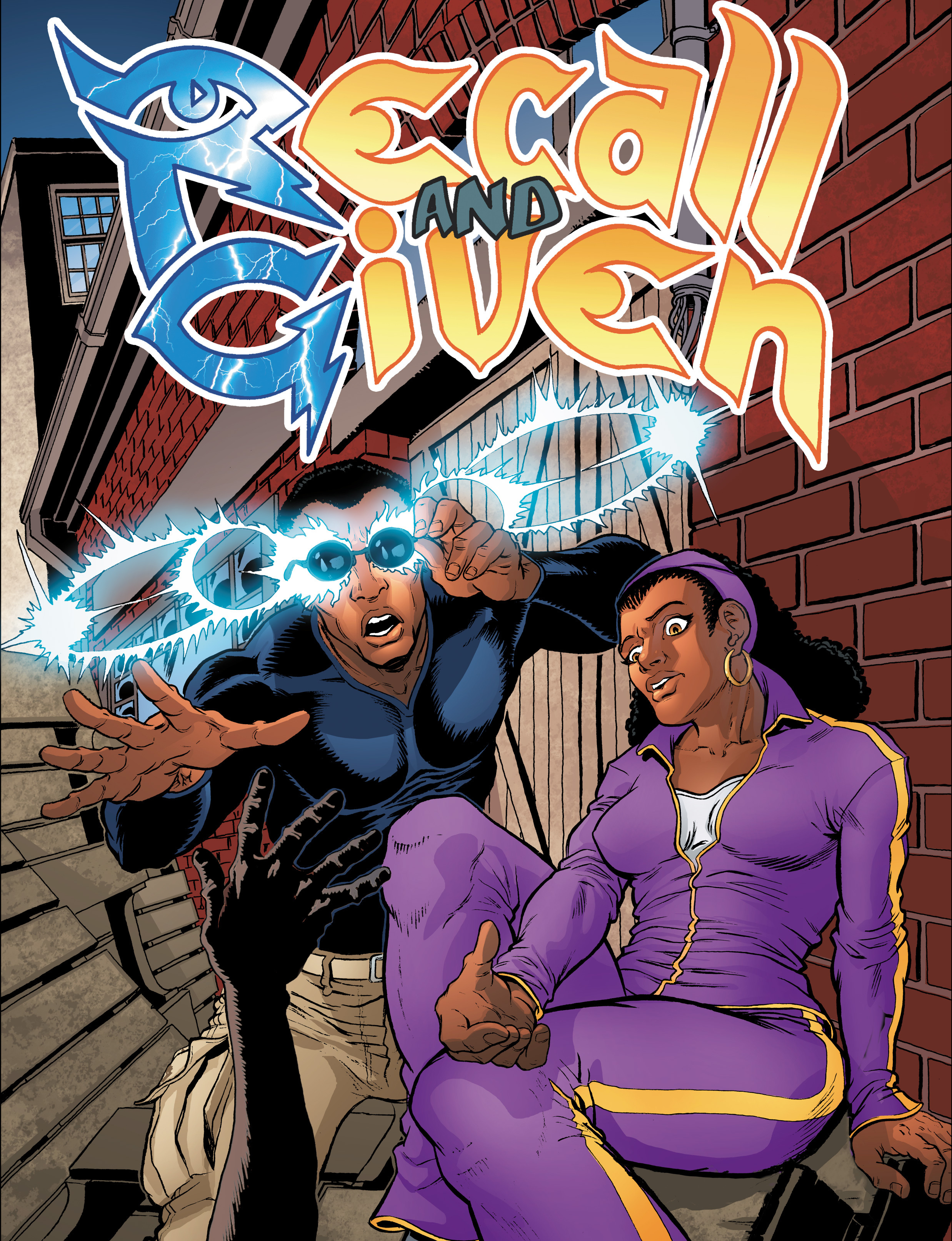 I feel love is measured in how you’re treated when things go wrong, not when everything is okay. It’s one thing to say something in a joyous ceremony yet another when faced with real life. People tend to balk the moment it gets real. “It’s you and me forever” converts to, “It’s not you; it’s me.”

Some can stick it out for years. Some go the first time things get stormy. Whatever vows spoken to whatever God is forgotten when one person has reached their limit.

Movies books and music make love seem like ‘happily ever after’ is assured. Pop Culture emphasizes the easily overcome struggle to stay with someone who has fallen on hard times or is stricken with a debilitating or fatal illness.

People do it, but it is far from easy. Trust me, I know.

I wrote about such a love affair in IF & HOPE.

The love affair of Roz Alexander-Kasparik and David Rector was the stuff of movies and books, but as we all know, ‘happily ever after’ isn’t as easy as Hollywood makes it look like.

David suffered an aortic dissection a tear in a major blood vessel and various complications left him unable to speak or walk.

Long years of struggle is an common complaint.

The years couldn’t have been long enough for Roz. She was in love in the truest sense of the word. She vowed to stay until the end. What end?

The end of days, the end of the world, the end of time. Whatever end would take her away from David. She just knew it would not be her that would end the relationship.

The end came for David earlier this month. His death leaving a hole in Roz’s world she thinks may be impossible to fill.

Roz called David her “heart.” You cannot live without your heart. So it’s good that David’s presence will endure his legacy one of strength and persistence, giving Roz hope.

Hope isn’t something one wants to hear about when faced with the kind of pain Roz is feeling now. I know that and the following isn’t about hope its about truth.

Roz, there are no words I can write that can convey the impact both David and yourself had on me. I will miss David’s unique “melody” at the Black Panel and the intense look he gave me communicating with his eyes what he couldn’t with voice. I will miss talking with you by phone and feeling like David was part of the discussion when you translated his sounds.

Few things impress me, fewer I envy. Your relationship with David did both.

You’re one of the strongest people I know. I hope your pain is tempered, knowing the impression David made on many. With David by your side you  fought for the rights of those burdened with disadvantages. Without David it will be hard but I know that will continue.

I don’t need to hope there is no if-this I know.

Just like I know the comic you created with David, Recall & Given will become a reality.

It’s also a given.

Cruse came to prominence in the 1970s with the strip Barefootz, which appeared in a number of underground magazines and titles, but it was the 1980s title Gay Comix — an anthology created by Cruse to publish work by openly gay creators — that arguably made his reputation. Wendel, his strip about a young gay man in Reagan’s America for The Advocate during the same period, won him even more acclaim.

But he may be best known for Stuck Rubber Baby, which told the story of Toland Polk, a gas station attendant in the American South of the 1960s who gets caught up in the civil rights struggle of the period as he explores his own sexuality. The book, originally published by DC’s Paradox Press imprint, went on to win Eisner and Harvey Awards, and was nominated for both the America Library Association’s Lesbian and Gay Book Award as well as the Lambda Literary Award, and is scheduled for a 25th anniversary release next year from First Second Books.

For those of us in the ComicMix family, it’s personal. We saw Howard often at Martha’s famous holiday party, and were always happy to share donuts and conversation with him. We hope he’s found that great Purchaser’s Clearing House in the sky…

…what, you don’t know about the Purchaser’s Clearing House? Why, let Howard tell you all about it! Maestro?

Ouch. FirstComicsNews has the details

On November 22, 2019, a Diamond Retailer Services Representative mistakenly appended an internal reference document to an email that went to approximately 200 retailers. The document contained account contact information and partial sales data for our customer base, including your store’s information.

This could get embarrassing quickly…

80 years to increase over twelve million times in value. That’s a nice markup.

It’s the “finest known copy” of the comic book, according to Heritage Auctions, which handled the bidding. It’s also the most anyone has ever paid for a comic from Marvel Comics, it said.

The comic book was first released on October 1, 1939, and it introduced fans to characters including the Human Torch, Angel, Sub-Mariner and the Masked Raider.

It had expect to go as high as $1 million, but then they found out the Mylar sleeve was included.

The previous Marvel Comics record holder was a copy of Amazing Fantasy #15 (released in 1962, marking the world debut of Spider-Man), which brought in $1.1 million at auction in 2011.

The all-time record holder for any comic book sold at auction was an original printing of Action Comics #1 (the first appearance of Superman, also published in 1939), which went for $3.2 million on eBay in 2014.