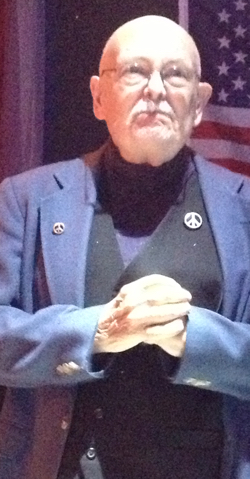 Dennis Joseph “Denny” O’Neil, the writer and editor who redefined the Batman, the Joker, Green Arrow, the Shadow, and the Question for the modern era; created or co-created R’as al Ghul, OPtimus Prime, Azrael, Leslie Tompkins, Madame Web, Richard Dragon, and Lady Shiva; and was a beloved contributor to ComicMix, has passed away at the age of 81.

He started his career in comics almost by accident, when Roy Thomas suggested that O’Neil take the Marvel writer’s test, which involved adding dialogue to a wordless four-page excerpt of a Fantastic Four comic. O’Neil’s entry resulted in Lee offering O’Neil a job. O’Neil had never considered writing for comics, and later said he’d done the test “kind of as a joke. I had a couple of hours on a Tuesday afternoon, so instead of doing crossword puzzles, I did the writer’s test.” He started with Millie The Model and Patsy Walker, but soon found himself writing Doctor Strange and Daredevil. He also started freelancing for Charlton Comics under the name Sergius O’Shaughnessy, and when editor Dick Giordano went over to DC Comics he brought Denny along, where he wrote the Creeper, Wonder Woman, Justice League of America, Green Lantern and Green Arrow, Batman, Superman, and the revivals of the Shadow, the Avenger, and Captain Marvel, now retitled to Shazam!

In the 80’s, he returned to Marvel for a spell, where he wrote Iron Man and put Jim Rhodes into the suit of armor, contributed to the creation of the Transformers, and edited Frank Miller on his two runs of Daredevil as well as writing the issues in between them, among many other things.

He returned to DC in 1986 to become the group editor of the Batman titles, as well as write The Question.

He was widely honored by fans and pros alike, including Shazam Awards for Best Continuing Feature for Green Lantern/Green Arrow, Best Individual Story for “No Evil Shall Escape My Sight” in Green Lantern #76 (with Neal Adams), for Best Writer (Dramatic Division) in 1970 for Green Lantern, Batman, Superman, and other titles, and Best Individual Story for “Snowbirds Don’t Fly” in Green Lantern #85 (with Neal Adams) in 1971. He also won the Comics Buyer’s Guide Award for Favorite Editor in 1986, 1988, 1989, and 1996; a Goethe Award in 1971 for “Favorite Pro Writer” and was a nominee for the same award in 1973, received an Inkpot Award in 1981, and won a Haxtur Award in 1998.

He gave of his time to help teach the next generation of comics creators, teaching at the School of Visual Arts in New York City, writing The DC Comics Guide to Writing Comics, and writing for ComicMix. He also sat on the board of directors of the charity The Hero Initiative, an organization devoted to helping comic creators in need, and served on its Disbursement Committee.

He was married to the lovely former Marifran McFarland, who passed away in 2017. He is survived by his son, Lawrence, and the industry which he forever changed.

Taking our cue from him, our Recommended Reading List for today is Denny’s columns. We’ll miss him.