The Law Is A Ass #451: I Don’t Care How Many Times You Repeat the Adjective, The West Wasn’t That Wild 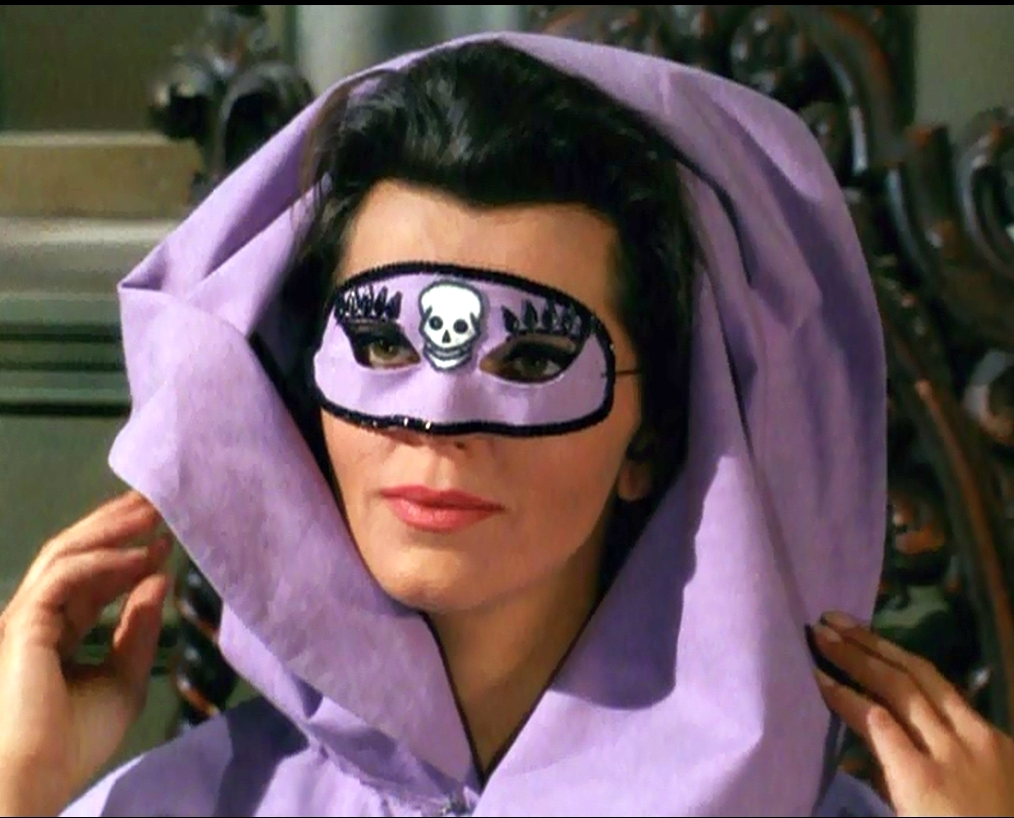 I watched an old episode of The Wild Wild West the other day; well duh, there haven’t been any new episodes in decades. It was “The Night of the Skulls”, in which James West, intrepid Secret Service agent during the U.S. Grant administration and our hero, shot and killed his intrepid Secret Service partner, Artemus Gordon. And that was just in the teaser.

Now don’t worry (not that I was worried about any of you being worried; I wasn’t, because I knew you weren’t), we learned at the beginning of the episode’s first act that Artie was still alive. We learned this, because Artemus Gordon, master of disguise, was posing as the minister at his own funeral and Jim went to it to confer with Artie. It seems Jim had pretended to kill Artie to attract the attention of The Skulls, a secret league of assassins, so that he could infiltrate them and learn what they were up to. (To what they were up? Up to what they were? What say we just ignore that silly rule?) (There, I’ve always wanted to end a sentence with a proposition.)

Jim accomplished his goal. By the end of that funeral scene, the Skulls had spirited Jim away from the funeral in their personal and modified hearse. How the Skulls knew Jim was going to be present while they were planting Artie in the dirt I don’t know. I thought criminals returned to the scene of the crime, not the scene of the grime.

But spirit Jim away, they did. Soon he was standing before the Skulls. Including its leader who wore a mask to conceal his identity. I don’t know why he bothered. As soon as that earlier funeral scene went out of its way to introduce Stephen Fenlow, a United States Senator described as being fairly new to Washington, the identity of the Skulls’ mysterious leader was more obvious than the murderer in a Columbo episode.

Senator Fenlow had assembled a league of assassins with eight members. He then set them against each other in a kill-or-be-killed contest until only three assassins were left. Fenlow presumed the survivors would be the best assassins of the group so the best people to participate in the next part of Fenlow’s plan, a coordinated strike that would kill the President, the Vice President, and the Secretary of State. Then Senator Fenlow would offer himself up to a country that was suddenly without a leader as a replacement President and be accepted as leader by acclamation.

Other than the fact that it would have meant that the President, Vice President, and Secretary of State all had to die, I almost wish that Jim and Artie had let Fenlow get away with his plot. If only so that we could have seen his face when he learned that he had wasted his and our time with a scheme that was so far from best-laid that it had ganged agley before it even started. Fenlow, you see, would have needed to kill a lot more people in order to become President.

The Wild Wild West took place during the presidency of Ulysses S. Grant. Grant served as President from March 4, 1869 until March 4, 1877. So the Presidential Succession Act of 1792 would have been the one in force during his terms in office. Under the Presidential Succession Act of 1792, the line of succession was Vice President, President pro tempore of the Senate, Speaker of the House of Representatives, then the members of the Cabinet in the order that the departments over which they presided were created. (This would be Secretary of State, Secretary of the Treasury, Secretary of War, Attorney General, Secretary of the Interior, and downward until you reached the lower levels of successor that ABC plumbed for Designated Survivor.)

Did you see the thing that made Senator Fenlow’s plan even more stupid that it seemed at first blush? (And that first blush was the type you’d get when you realized your dream that you were addressing an auditorium full of people while nude wasn’t a dream.) Under his plan, Fenlow would have killed the wrong people.

Moreover, even if Fenlow killed the right three people, he would have had to kill a lot more people (the Speaker of the House and then the entire Cabinet) before the country could, or would, have turned itself over to some silly junior senator. Especially a silly junior senator who didn’t even understand the workings of the government he wanted to preside over well enough to know the presidential line of succession.

Maybe Fenlow shouldn’t have had all his candidates kill each other. Then he would have had a few more assassins to kill more of the successors who stood between him and the presidency. Of course. Not all of them, but some. Fenlow never had enough assassins to kill everyone that stood between him and his becoming President. It seems that when it comes to the question of who should replace the President, the United States believes that nothing exceeds like successors.