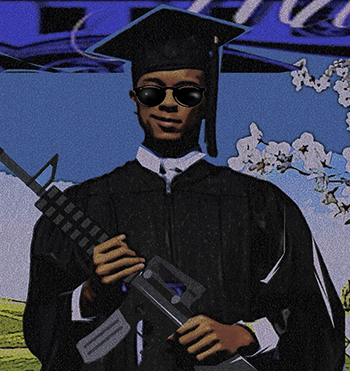 This is my last ComicMix article.

This place saved my fragile sanity on more than one occasion and that’s not a joke. I suffer from severe depression, and although I am doing well today I was doing better yesterday, and that’s why this farewell is a prelude of sorts warning young artists and writers

I’d much rather my last CM article be a warm trip down memory lane; yesterday it would have been.

I was better then. Instead, I begin a tale that will benefit any bright-eyed creator because it’s true.

Forces at DC Comics led by one man conspired to destroy my career – 25 and again 15 years ago.

It appears that same person (no longer with DC) is trying to do so again. That I can’t be sure of (second-hand information) so I won’t state the latter as a fact nor name him. I will convey every bit of cold-hearted treachery from decades ago, that I can prove.

It’s as cold as Trump is white and as easy to prove as water is wet.

15 years ago two DC Comic “witnesses” claimed I was at the DC booth at the San Diego Comic-Con calling DC racist. LIE.

25 years ago a letter was sent from DC to Motown Records saying I was under contract with DC and was prohibited from talking to Motown about running their film and television division. LIE.

Back then I let things go, I was a young man who forgave quickly. I’m no longer young.  All my immediate family is dead, and former friends might as well be.

I have little patience for most people none for those who pass judgment on me for no other reason than they can.

With depression, I can’t allow people to interfere with my mindset. I put a gun to my head and pulled the trigger once.  I’ll probably do so again, but next time the chamber won’t be empty. I’d like to avoid that for as long as possible hopefully forever.

People who deem my swagger an affront to them be warned that water under the bridge guy is gone. Meet the wrong Nigga to fuck with.My time at ComicMix is done. I’ll miss it and miss those people who make up some of the best minds in comics. Bleeding Cool will run my series, The Ugly Side of Comics.

My best to all the ComicMix fans family and friends. It’s been an honor.