Mike Gold: Coping With The Horror 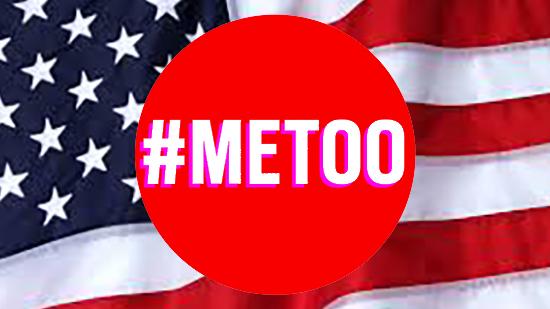 After Martha, and Joe, and Mindy all wrote about the sexual harassment and rape scandals that have been getting so much attention, and doing so elegantly and with well-considered reasoning, you’d think I’d move on to some topic that is more focused on pop culture.

Well, if you thought that, then you don’t know me very well, do you? I’ve got 52 years of political activism under my belt (covering 67 years of Italian beef, Jay’s potato chips and sundry forms of barbecue) and, seeing as how this is my next-to my next-to last column for ComicMix, I’m going to follow both my heart and my head.

These are very sensitive times, and understandably so. Therefore, I’m going to define my worldview up front. I am not talking about women. Or men. Or straight. Or queer. Or trans. Or of any specific race, ethnicity or religion. I’m talking about Earth and every single person who resides on it. I also make a distinction between sexual harassment and rape. This is not to trivialize either; both are ugly, dangerous, and violent acts, and both are terrible acts of Power upon the Powerless.

Actually, that last part is borderline ironic: if it were about sex, people in power acting reasonably and following our more noble instincts would get laid. Power, for some, is quite seductive. So, when these clowns impose their power upon their victims, they reveal themselves as cowards.

The one response I’ve heard over and over again is “It’s about time.” Yup, this is so. As I told a dear friend of mine – and I love quoting me – sexual harassment is as old as time. Cavemen bashing cavewomen with clubs. We’re actually several millennia past the time this shit should have stopped. Sexual harassment has been seen in every industry, every society, and every neighborhood. For example, look at all the teachers who’ve been busted the past few years for sleeping with their students. In the past that was treated with laughter. Well, maybe now, not so much.

Of course, everybody who has been near any media outlet over the past decade is familiar with the travails of children in the Catholic church and the Hide-The-Priest game Rome has been running for centuries. That’s sexual harassment, and, often, rape as well. Or, to put a point on it, these are violent acts of power upon the powerless.

The hash-tag on all this is #MeToo. In that spirit, I would like to mention that I was raped when I was 14 years-old. At the time, and that time was in 1964, I first found the situation confusing. I liked this person, I trusted this person, and I didn’t really understand what was going on. It wasn’t until I started working with rape crisis programs five years later that I really began to come to grips with what happened.

Please note that I said began. I never ratted out the creep – not because I was afraid of that person or I was afraid I wouldn’t be believed, but because the thought simply hadn’t occurred to me. If it had, it would have been way down on the list of things I had to do to deal with the experience.

The solution to all this is simple to say but very difficult to do. You have to stand up. You have to tell people what happened to you and who did it. You have to remember every detail you can, as horrible as it is, because the greater the detail the stronger the likelihood you will be believed. You’ve got to stop the predator from doing it to others and, possibly, again to you. You are a victim, but you have to rise above pathos. You have a job to do.

There’s something else that needs to be done, and it’s a lot harder to pull off. For cases such as these, we have to work out a non-adversarial judicial system where the victim is not the one who is put on trial. The defense lawyer is ethically obligated to do everything possible to free the defendant, and overall that’s a good thing. But we need to work out a somewhat different system that is equitable for both sides.

Given my youth social service work, I’ve spent a fair amount of time in family courts and children’s courts and similar places – they tend to have different names in different states. Here, children often are used as pawns if, indeed, they are not complainants. They are treated differently and, often, with more consideration than the folks in the post-adolescent courts. So, there is a starting point.

Like I said, it’s all really hard to do. But it will get easier.

Thanks to the courage of those we’ve been hearing from these past weeks, it is already getting easier.

Be strong. Be human.